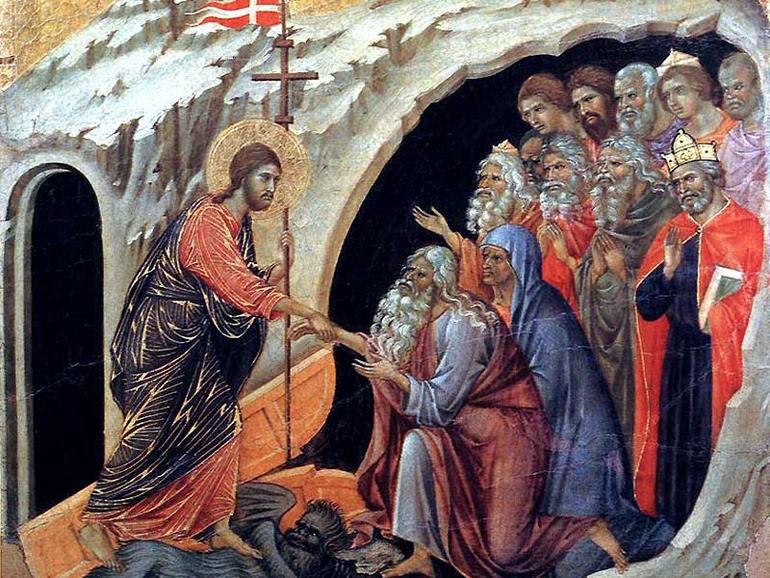 26 Jan. 27 May. 26 Sept.
The first degree of humility, then, is that a man, always keeping the fear of God before his eyes, avoid all forgetfulness; and that he be ever mindful of all that God hath commanded, bethinking himself that those who despise God will be consumed in hell for their sins, and that life everlasting is prepared for them that fear Him. And keeping himself at all times from sin and vice, whether of the thoughts, the tongue, the hands, the feet, or his own will, let him thus hasten to cut off the desires of the flesh.

It is right to fear offending God as loving child fears to offend his father; this is filial fear. It is right to fear anything that risks coming between the soul and God as a chaste bride fears anything that might taint her intimacy with her spouse; this is chaste fear. These two forms of fear are not forfeited by a soul’s growth in charity, that is, in divine love; they are perfected by charity, because both filial fear and chaste fear tend to union with God.

One recognises the fear of God that is the beginning of wisdom by the yearning for union with God that accompanies it. The soul that fears God wisely never stops saying:

O God, thou art my God; how eager my quest for thee, body athirst and soul longing for thee, like some parched wilderness, where stream is none! So in the holy place, I contemplate thee, ready for the revelation of thy greatness, thy glory. To win thy favour is dearer to me than life itself; my songs of praise can no more be withheld. (Psalm 62: 2–4)

The soul that fears God unwisely seeks to escape from His presence in a futile attempt to hide from His gaze.

And when they heard the voice of the Lord God walking in paradise at the afternoon air, Adam and his wife hid themselves from the face of the Lord God, amidst the trees of paradise. And the Lord God called Adam, and said to him: Where art thou? And he said: I heard thy voice in paradise; and I was afraid, because I was naked, and I hid myself. (Genesis 3:8–10)

This sort of unwise fear, common to all the descendants of Adam, is vanquished by the love of God revealed in Christ and poured into our hearts by the Holy Ghost according to the word of the Apostle: “The charity of God is poured forth in our hearts, by the Holy Ghost, who is given to us” (Romans 5:5). Saint John concurs with Saint Paul when he says: “Fear is not in charity: but perfect charity casteth out fear, because fear hath pain. And he that feareth, is not perfected in charity” (1 John 4:18).

In the 12th degree of humility, Saint Benedict will say:

The fear cast out by the love of God, made perfect in a monk, is unwise fear; it is the servile fear of suffering or of loss. Saint Paul tells us that the love of God in Christ frees us from all such fears:

Who then shall separate us from the love of Christ? Shall tribulation? or distress? or famine? or nakedness? or danger? or persecution? or the sword? (As it is written: For thy sake we are put to death all the day long. We are accounted as sheep for the slaughter.) But in all these things we overcome, because of him that hath loved us. For I am sure that neither death, nor life, nor angels, nor principalities, nor powers, nor things present, nor things to come, nor might, nor height, nor depth, nor any other creature, shall be able to separate us from the love of God, which is in Christ Jesus our Lord. (Romans 8:35–39)

The fear of the Lord that Saint Benedict associates with the first degree of humility is perfected by the love of Christ. It is what Moses experienced on Horeb, the mountain of God:

And the Lord appeared to him in a flame of fire out of the midst of a bush: and he saw that the bush was on fire and was not burnt. And Moses said: I will go and see this great sight, why the bush is not burnt. And when the Lord saw that he went forward to see, he called to him out of the midst of the bush, and said: Moses, Moses. And he answered: Here I am. And he said: Come not nigh hither, put off the shoes from thy feet: for the place whereon thou standest is holy ground. And he said: I am the God of thy father, the God of Abraham, the God of Isaac, and the God of Jacob. Moses hid his face: for he durst not look at God. (Exodus 3:2–6)

This same holy fear was, likewise, the experience of Isaias in the temple:

I saw the Lord sitting upon a throne high and elevated: and his train filled the temple. Upon it stood the seraphims: the one had six wings, and the other had six wings: with two they covered his face, and with two they covered his feet, and with two they flew. And they cried one to another, and said: Holy, holy, holy, the Lord God of hosts, all the earth is full of his glory. And the lintels of the doors were moved at the voice of him that cried, and the house was filled with smoke. And I said: Woe is me, because I have held my peace; because I am a man of unclean lips, and I dwell in the midst of a people that hath unclean lips, and I have seen with my eyes the King the Lord of hosts. (Isaias 6:1–5)