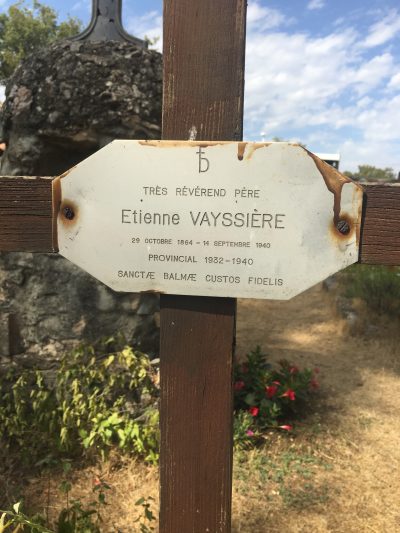 CHAPTER LXVIII. If a Brother be commanded to do Impossibilities
26 Apr. 26 Aug. 26 Dec.

If on any brother there be laid commands that are hard and impossible, let him receive the orders of him who biddeth him with all mildness and obedience. But if he seeth the weight of the burden altogether to exceed his strength, let him seasonably and with patience lay before his Superior the reasons of his incapacity to obey, without shewing pride, resistance, or contradiction. If, however, after this the Superior still persist in his command, let the younger know that it is expedient for him; and let him obey for the love of God, trusting in His assistance.

No God–fearing abbot, attentive to the teaching of Saint Benedict, that he should “act with prudence, and not go too far, lest while he seeketh too eagerly to scrape off the rust, the vessel be broken”, and remembering “that the bruised reed must not be broken” (Chapter LXIV), would ever lay upon a brother commands that are hard or impossible. Were an abbot to do this, he would violate one of the great principles of the Holy Rule, that he should “so temper all things, that the strong may have something to strive after, and the weak nothing at which to take alarm” (Chapter LXIV).

It is, however, possible that a brother should, from where he stands, judge what the abbot asks of him as something hard and impossible. A brother finding himself in such a situation must first repeat to himself the words of Christ to the Apostle: “My grace is enough for thee; my strength finds its full scope in thy weakness”(2 Corinthians 12:9). He must also repeat to himself what the Apostle says: “Nothing is beyond my powers, thanks to the strength God gives me” (Philippians 4:13).

Saint Benedict would have the brother charged to do things that he judges beyond his strength, receive the order “with all mildness and obedience”. What does it mean to receive the order with mildness? It means, first of all, to silence the noise of one’s protests and resistances. These occur in one’s thoughts before finding expressing in attitudes and words. Be silent. Make room for the command that has been given. Receive it loyally and with an open heart. The brother is to receive such a command with obedience; that is, listening not to his own objections, fears, and apprehensions, but to the voice of the one who commands, trusting in the grace of Christ who acts, at once, through the one giving the command and the one receiving it.

The episode of Saint Peter walking on the water comes to mind:

And then, when the night had reached its fourth quarter, Jesus came to them, walking on the sea. When they saw him walking on the sea, the disciples were terrified; they said, It is an apparition, and cried out for fear. But all at once Jesus spoke to them; Take courage, he said, it is myself; do not be afraid. And Peter answered him, Lord, if it is thyself, bid me come to thee over the water. He said, Come; and Peter let himself down out of the ship and walked over the water to reach Jesus. Then, seeing how strong the wind was, he lost courage and began to sink; whereupon he cried aloud, Lord, save me. And Jesus at once stretched out his hand and caught hold of him, saying to him, Why didst thou hesitate, man of little faith? (Matthew 14:25–31)

Saint Benedict, ever attentive to the inner state of his sons, adds with a compassionate realism: “But if he seeth the weight of the burden altogether to exceed his strength, let him seasonably and with patience lay before his Superior the reasons of his incapacity to obey, without shewing pride, resistance, or contradiction.” The weight of the burden may not, in fact, exceed the strength of the brother, but the brother may think that it does. In such a case, he is to “lay before his Superior the reasons of his incapacity to obey” seasonably — this means at the opportune time. It is never good to inform the abbot of one’s inability to carry out a task at the last minute, or while the abbot is preoccupied with other things, or during the hours of silence. There is a time for everything. The brother is to set forth his reasons patiently — this means with consideration for the necessity imposed upon the abbot to rearrange the work in question, to find another brother capable of doing the job, or to delay the job until some solution can be found. The brother who expects the abbot to rearrange things instantly is not being reasonable, not is he showing patience.

Finally, the brother who expresses his inability to obey in a particular matter must do so “without shewing pride, resistance, or contradiction.” The abbot may see the total picture more objectively. The prideful man admits of the rightness only of his own perceptions. He often claims that he feels misunderstood, undervalued, and treated dismissively. Resistance can be passive or active. The brother who obeys while passively resisting the command will carry out the work slowly, or half–heartedly, or while murmuring, banging things about, and, at some level, trying to sabotage the job. The brother who resists actively will deliberately build a case against what the abbot has asked him to do, and will not desist from arguing his refusal to obey. The brother who contradicts will oppose his abbot at every turn, finding fault with everything the abbot says, and stubbornly justifying his own opinion, even when the abbot has made it clear that the command is to be followed without further discussion. Saint Benedict knows that a difficult and challenging obedience can be a life–changing grace. Thus does he say:

If, however, after this the Superior still persist in his command, let the younger know that it is expedient for him; and let him obey for the love of God, trusting in His assistance.

The abbot may say: “I hear you brother, but I ask you, all the same, to do this thing now, in the way I ask, without further discussion.” In such a case, the brother is to say to himself, “God will bring some greater good out this for me.” He will recall the words of the Apostle: “But in all these things we overcome, because of him that hath loved us.” (Romans 8:37).  He will obey for the love of God, trusting in divine grace. Saint Benedict calls it God’s assistance. Such an obedience becomes like the costly perfume poured out: “And the house was filled with the odour of the ointment” (John 12:3). 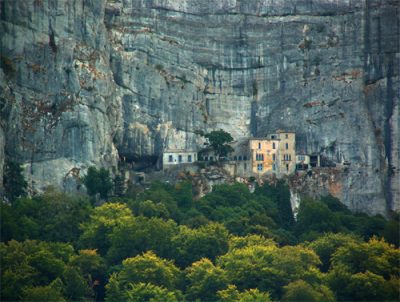