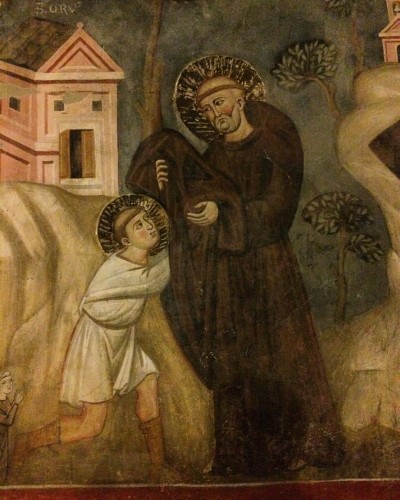 One can get the impression, of late, that pastoral mercy is something newly discovered in the Church and that until now no one has really understood pastoral mercy or practiced it. On the one hand, it is perhaps too much to expect that ecclesiastics of every stripe and hue will have read Chapter XXVII of the Rule of Saint Benedict; on the other hand, it is inconceivable that a man complete his course of theological and pastoral studies without acquiring some knowledge of the Rule. It is, after all, a synthesis, not only of liturgical and ascetical discipline in the West, but also of pastoral practice. The Rule of Saint Benedict stands alongside The Pastoral Rule of Saint Gregory the Great as the two great twin monuments of pastoral practice in the Roman tradition. I am always amazed when I hear of seminarians being sent off to “CPE” sessions without having so much as a passing acquaintance with the Church’s great classics of pastoral care.

Chapter  XXVII. How careful the Abbot should be of the Excommunicate
4 Mar. 4 July. 3 Nov.

Let the Abbot shew all care and solicitude towards the offending brethren, for “they that are whole need not a physician, but they that are sick.” To which end he ought, as a wise physician, to use every means in his power, sending some brethren of mature years and wisdom,* who may, as it were secretly, console the wavering brother, and induce him to make humble satisfaction. Let them comfort him, that he be not overwhelmed by excess of sorrow; but as the Apostle saith, “Let charity be strengthened towards him,” and let all pray for him. For the Abbot is bound to use the greatest care, and to strive with all possible prudence and zeal, not to lose any one of the sheep committed to him. He must know that he hath undertaken the charge of weakly souls, and not a tyranny over the strong; and let him fear the threat of the prophet, through whom God saith: “What ye saw to be fat that ye took to yourselves, and what was diseased ye cast away.” Let him imitate the loving example of the Good Shepherd, who, leaving the ninety and nine sheep on the mountains, went to seek one which had gone astray, on whose weakness He had such compassion that He vouchsafed to lay it on His own sacred shoulders and so bring it back to the flock.

The Rule of Saint Benedict can well be the parish priest’s handbook. (Those diocesan priests who are Benedictine Oblates will, I know, be familiar with this particular reading of the Holy Rule.) All that Saint Benedict says concerning the abbot of the monastery can, mutatis mutandis, be applied to the bishop or parish priest charged with the care of souls. Today’s Chapter XXVII is a case in point.

There is no question here of pretending that an offending brother has not offended, nor of denying that a sin–sick soul is in danger. The abbot is to act as a physician. He is to send secret emissaries of mercy and consolation to the affected brother, lest too great a sorrow overwhelm him, causing him to fall into despondency. If a man be found incapable of walking, the abbot is to carry him until such time as he judges the weakly brother once again capable of taking a few little steps.

Certain voices in the media, and even among the hierarchy, would seem to suggest that until now mercy has been an unknown quantity in the life of the Church. Only those completely ignorant of the lives and writings of the saints can fall for such an enormity. Ignorance of the saints is ignorance of the mercy of Christ. Anyone eager to move forward in the practice of pastoral mercy would do well, I think, to put the Rule of Saint Benedict at the top of his reading list.