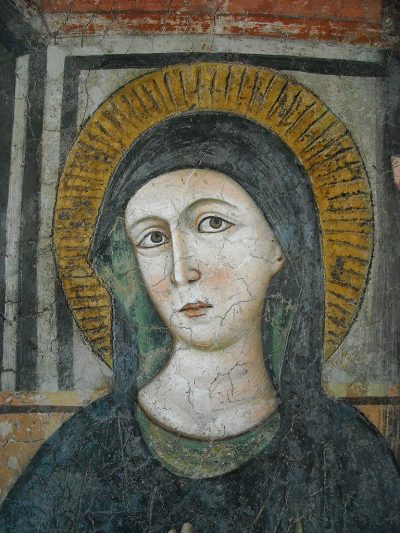 One might, following Saint Bernard’s Twelve Degrees of Pride, sketch a portrait of the man infected with pride by considering the opposite of what Saint Benedict describes in this Eleventh Degree of Humility. The prideful monk speaks loudly and punctuate his discourses with great guffaws and outbursts. He is always seeking to dominate the conversation, to put himself at the centre of the stage. Often he will speak in a continuous flow of words, never stopping to allow another to speak, or even imagining that another may have something to say.  If another succeeds in getting a word in, he treats it dismissively, and resumes his own discourse as if nothing has been said. Saint Bernard describes such a man:

The monk who is unable to discharge his superabundant store of unseemly merriment by laughter or by gesture, breaks forth with the words of Elihu, My belly is as new wine which wanteth vent, which bursteth the new vessels. He must speak out or break down. For he is full of matter to speak of, and the spirit of his bowels constraineth him. He hungers and thirsts for hearers, at whom he may throw his banalities, to whom he may pour out his feelings, and let them know what a fine fellow he is. But when he has found his opportunity of speaking if the conversation turns on literary matters, old and new points are brought forward ; he airs his ideas in loud and lofty tone. He interrupts his questioner and answers before he is asked. He himself puts the question and gives the answer, nor does he even allow the person to whom he is talking to finish his remarks. When the striking of the silence gong puts a stop to conversation, he complains that a full hour is not a sufficient allowance, and asks for indulgence that he may go on with his gossip after the time for it is over not to add to the knowledge of any one else, but to boast of his own. He has the power but not the purpose of giving useful information. His care is not to teach you or to learn from you things which he does not know, but that the extent of his learning may be made known.