Skip to content
HomeSaintsHarm, havoc, and one saint’s response 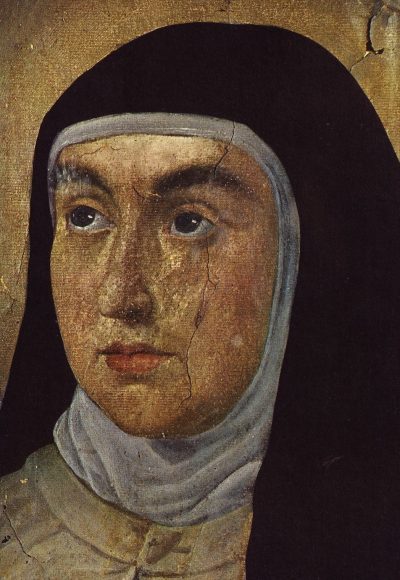 For the feast of Saint Teresa of Jesus:

There came to my notice the harm and havoc that were being wrought in France by these Lutherans and the way in which their unhappy sect was increasing. This troubled me very much, and, as though I could do anything, or be of any help in the matter, I wept before the Lord and entreated Him to remedy this great evil. I felt that I would have laid down a thousand lives to save a single one of all the souls that were being lost there. And, seeing that I was a woman, and a sinner, and incapable of doing all I should like in the Lord’s service, and as my whole yearning was, and still is, that, as He has so many enemies and so few friends, these last should be trusty ones, I determined to do the little that was in me—namely, to follow the evangelical counsels as perfectly as I could, and to see that these few nuns who are here should do the same, confiding in the great goodness of God, Who never fails to help those who resolve to forsake everything for His sake. As they are all that I have ever painted them as being in my desires, I hoped that their virtues would more than counteract my defects, and I should thus be able to give the Lord some pleasure, and all of us, by busying ourselves in prayer for those who are defenders of the Church, and for the preachers and learned men who defend her, should do everything we could to aid this Lord of mine Who is so much oppressed by those to whom He has shown so much good that it seems as though these traitors would send Him to the Cross again and that He would have nowhere to lay His head. (The Way of Perfection, Chapter One)