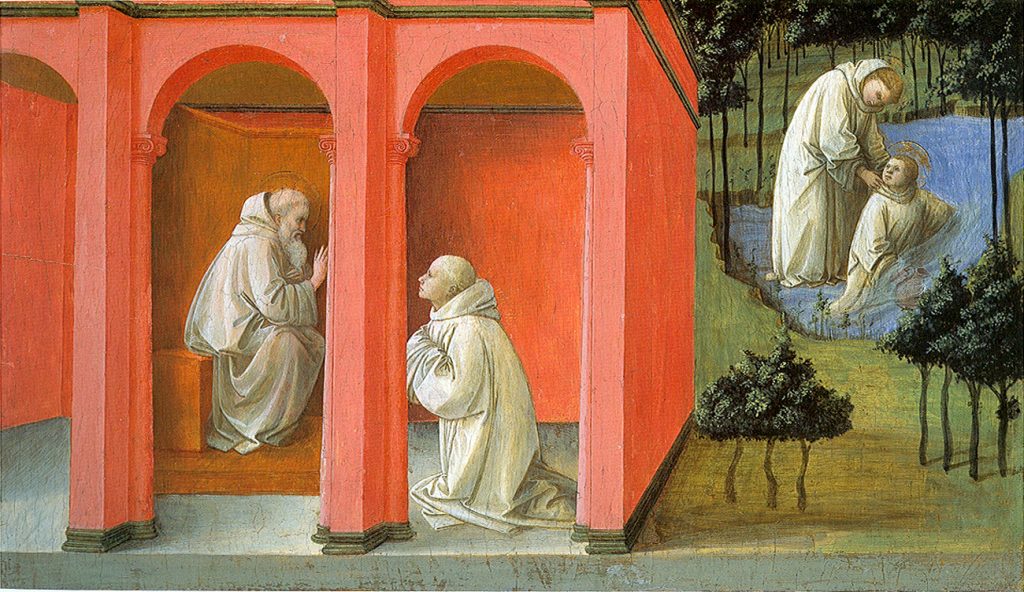 But this very obedience will then only be acceptable to God and sweet to men, if what is commanded be done not fearfully, tardily, nor coldly, nor with murmuring, nor with an answer shewing unwillingness; for the obedience which is given to superiors is given to God, since He Himself hath said: “He that heareth you, heareth Me.” And it ought to be given by disciples with a good will, because “God loveth a cheerful giver.” For if the disciple obey with ill-will, and murmur not only with his lips but even in his heart, although he fulfil the command, yet it will not be accepted by God, Who regardeth the heart of the murmurer. And for such an action he shall gain no reward; nay, rather, he shall incur the punishment due to murmurers, unless he amend and make satisfaction.

Our father Saint Benedict would have our obedience be “acceptable to God” and “sweet to men”. Acceptabilis Deo et dulcis hominibus. The language that Saint Benedict uses here is that of sacrifice. Saint Paul writes:

But I have all, and abound: I am filled, having received from Epaphroditus the things you sent, an odour of sweetness, an acceptable sacrifice, pleasing to God. (Philippians 4:18)

Obedience is a gift; as such it is, necessarily, costly. Obedience places a man on the altar; the act of obedience, offered to God, becomes a true sacrifice. Saint Augustine says:

A true sacrifice is every work which is done that we may be united to God in holy fellowship, and which has a reference to that supreme good and end in which alone we can be truly blessed. And therefore even the mercy we show to men, if it is not shown for God’s sake, is not a sacrifice. For, though made or offered by man, sacrifice is a divine thing, as those who called it sacrifice meant to indicate. Thus man himself, consecrated in the name of God, and vowed to God, is a sacrifice in so far as he dies to the world that he may live to God. (Saint Augustine, The City of God, Book X, Chapter VI)

There are some who think that they can get by in monastic life with a cheap obedience. Such souls are content when the abbot asks little of them, and when they can satisfy what little the abbot asks by giving the bare minimum or, even, by giving mere lip–service.

The sacrifice of a man’s obedience is neither acceptable to God nor sweet to men if what is commanded is done fearfully, tardily, or coldly, or with murmuring, or with an answer that shows unwillingness. Saint Benedict says that the obedience which is given to superiors is given to God. It is this that makes obedience an act of worship, a true sacrifice.

Saint Benedict invites his monks to obey cheerfully. I cannot emphasise enough the importance of good cheer and glad–heartedness among us. Nothing pulls a community down like a brother with a long face and a mournful demeanour. Good cheer builds up the community. It fosters that most Benedictine of virtues: alacritas.

Alacritas (alacrity) is, according to Lewis and Short, eagerness , promptness , joy , gladness. The brother who obeys alacriter, that is with a spring in his step and a song in his heart, has entered into the particular grace of Psalm 118, the long litany in praise of obedience to the law of God. The psalmist says: In via testimoniorum tuorum delectatus sum, sicut in omnibus divitiis, which Monsignor Knox ingeniously translates, “Blithely as one that has found great possessions, I follow thy decrees” (Psalm 118:14). “God loveth a cheerful giver” (2 Corinthians 9:7).