Skip to content
HomeRule of Saint BenedictSent to sustain and console others (LXIV:1) 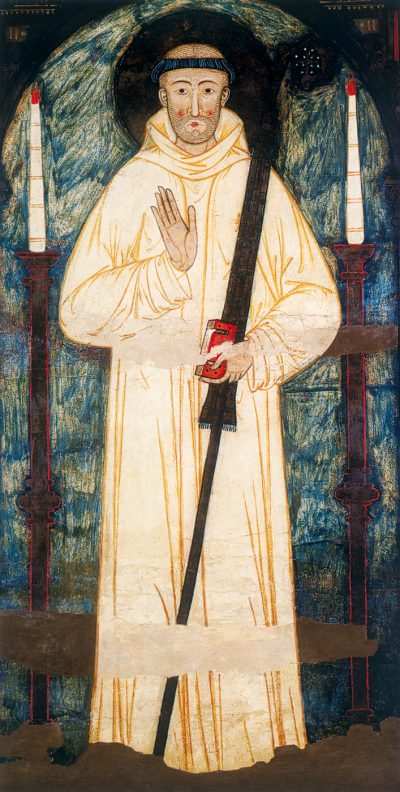 CHAPTER LXIV. Of the Appointment of the Abbot
20 Apr. 20 Aug. 20 Dec.
In the appointing of an Abbot, let this principle always be observed, that he be made Abbot whom all the brethren with one consent in the fear of God, or even a small part of the community with more wholesome counsel, shall elect. Let him who is to be appointed be chosen for the merit of his life and the wisdom of his doctrine, even though he should be the last in order in the community. But if all the brethren with one accord (which God forbid) should elect a man willing to acquiesce in their evil habits, and these in some way come to the knowledge of the Bishop to whose diocese that place belongs, or of the Abbots or neighbouring Christians, let them not suffer the consent of these wicked men to prevail, but appoint a worthy steward over the house of God, knowing that for this they shall receive a good reward, if they do it with a pure intention and for the love of God, as, on the other hand, they will sin if they neglect it.

This is the second chapter of the Holy Rule in which Saint Benedict treats of the abbot. In this chapter we find strong resonances with the Rule of Saint Augustine, who writes:

Although Saint Benedict gives here some guiding principles for the election of the abbot, his primary intention is to throw light on the abbot’s duties as father, teacher, and physician of souls. It is fitting that we should begin the reading of Chapter LXIV, On the Appointment of the Abbot, on the feast of Saint Bernard of Clairvaux, one of the greatest abbots the Church has never known. Among the letters of Saint Bernard is one addressed to Rainald, a monk of Clairvaux whom he sent to be abbot of Foigny. Abbot Rainald found his office a crushing burden. He had to care for monks beset by all sorts of infirmities of mind and soul. Saint Bernard tells Rainald that the task of the abbot is not to enjoy the friendship of those who give him no trouble, but rather to serve those brethren who are “sad, mean-spirited, discontented”.

This burden is that of sick and weak souls. Those who are in health do not need to be carried, and are not, therefore, a burden. Whomsoever, then, of your brethren you shall find sad, mean-spirited, discontented, remember well that it is of these and for their sakes, you are father and abbot. In consoling, in exhorting, in reproving, you do your duty, you bear your burden; and those whom you bear in order to cure, you will cure by bearing. But if any one is in such spiritual health that he rather helps you than is helped by you, recognize that to him you are not father and abbot, but equal and friend. Do not complain if you find more trials than consolations from those among whom you are. You were sent to sustain and console others, because you are spiritually stronger and better able to bear than they, and because with the grace of God you are able to aid and sustain all without needing yourself to be aided and sustained by any. Finally, if the burden is great, so also is the reward; but, on the other hand, the more assistance you receive, the more your own reward is diminished. Choose, therefore; if you prefer those who are for you a burden, your merit will be the greater; but if, on the contrary, you prefer those who console you, you have no merit at all. The former are the source whence it arises for you; the second as the abyss in which it is swallowed up; for it is not doubtful that those who are partakers of the labour, will be also sharers of the reward. Knowing, then, that you were sent to help, not to be helped, bear in mind that you are the vicar of Him who came not to be ministered unto, but to minister. (Saint Bernard, Letter XVII)