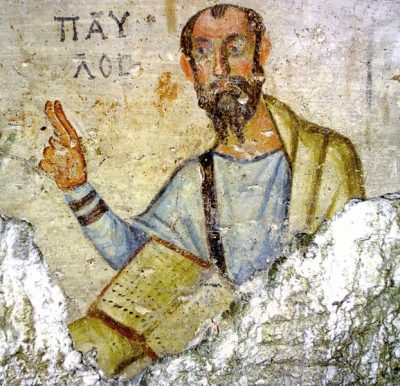 CHAPTER LXVIII. If a Brother be commanded to do Impossibilities
26 Apr. 26 Aug. 26 Dec.

If on any brother there be laid commands that are hard and impossible, let him receive the orders of him who biddeth him with all mildness and obedience. But if he seeth the weight of the burden altogether to exceed his strength, let him seasonably and with patience lay before his Superior the reasons of his incapacity to obey, with out shewing pride, resistance, or contradiction. If, however, after this the Superior still persist in his command, let the younger know that it is expedient for him; and let him obey for the love of God, trusting in His assistance.

Saint Benedict treats today of commands that appear “hard and impossible”. The monastic life is full of such things. There are even days when, for a brother in the throes of acedia, even the smallest effort appears “hard and impossible”. Saint Benedict affirms, first of all, that even in such things a monk’s first duty is to obey. Why does a man come to the monastery? Saint Benedict says “to return by the labour of obedience to Him from Whom thou hadst departed through the sloth of disobedience” (Rule, Prologue). A monk then looks for every possible opportunity to obey. Opportunities for obedience are monastic gold. The man who looks for every possible opportunity to shirk obedience or to escape from it has forgotten why he came to monastery in the first place.

In this teaching, Saint Benedict follows Cassian who praises the young monk who obeyed even when “many superfluous and almost unnecessary or even impossible commands” (Institutes IV, 24:1) were laid upon him. There is also the story of Abba John the Dwarf:

It was said of Abba John the Dwarf that he withdrew and lived in the desert at Scetis with an old man of Thebes. His Abba, taking a piece of dry wood, planted it and said to him, ‘Water it every day with a bottle of water, until it bears fruit.’ Now the water was so far away that he had to leave in the evening and return the following morning. At the end of three years the wood came to life and bore fruit. Then the old man took some of the fruit and carried it to the church saying to the brethren, ‘Take and eat the fruit of obedience.’

Even while Saint Benedict holds to the obedience of the Desert Fathers — spontaneous, immediate, joyful, and offered to Christ Himself — he recognises that there may be circumstances in which a brother is obliged to say that what is being asked of him altogether exceeds his strength. In such a case, Saint Benedict would have the brother lay before his superior the reasons of his incapacity to obey, without shewing pride, resistance, or contradiction. This exchange presupposes, of course, a relationship of openness, of confidence, and of trust between the brother and his superior. The brother who is habitually withdrawn and uncommunicative, will not be able to speak to his superior when he encounters a difficulty. The brother who is habitually open, transparent, and communicative will have no trouble in exposing his difficulty to his superior.

We are obliged here to take into account a certain characteristic of modern Irish culture by which a man is expected “to keep his business to himself”. This reticence with regard to communication can be explained, in part, by the troubles and vicissitudes of Irish history. It is proverbial that the man who says little at home, after a few pints at the pub, gives out at great length to his friends. It is, in any case, clear that a monk must overcome acquired habits of secretiveness and learn to be transparent with his abbot, and this, without the help of a pint or two, but by the grace of God.

Saint Benedict does not only follow the teaching of the Desert Fathers here; he also follows the teaching attributed to Saint Basil in the Admonition to a Spiritual Son:

Son, seize patience which is the greatest virtue of the soul so that you can climb to the height of perfection. Therefore if you wish to have patience, I first advise you to turn your attention to the divine mandates. Don’t think God’s mandates are false but let your heart always be guarded by them. Don’t let any adversity of the world turn you from the precepts and mandates of God and from the love which is in Jesus Christ; nor should you exalt yourself in prosperous times but exercise moderation in both. Everything that has been inflicted upon you in the name of religion, receive it freely and with obedience. Although it will have been beyond your power, don’t reject or avoid it. But tell faithfully the cause of your inability to him who inflicted it upon you so that although it will have been burdensome to him, by his moderation, it may be lightened so that you may be free from the vice of contradiction. Patience is the grand remedy for the soul; impatience, however, causes destruction of the heart. Through patience, the hope of future possessions is expected and it embraces the visible as well as the invisible. (Pseudo-Basil, De admonitio ad filium spiritualem, Chapter 6)

The conclusion of Chapter LXVIII reveals, I think, what is truly characteristic of Saint Benedict’s doctrine. If, at the end of the day, the superior maintains his command, then let the brother “obey for the love of God, trusting in His assistance”. There you have it: obedience for the love of God, and trust in divine grace. It is always helpful and, at times, necessary to go about all the day long saying, “For love of Thee, my God, and trusting in Thy grace alone”. I am reminded of what the Angel taught the three little children of Fatima: “Make of everything you can a sacrifice and offer it to God as an act of reparation for the sins by which He is offended, and in supplication for the conversion of sinners”.

The Angel said to the Virgin of Nazareth: “No word shall be impossible with God” (Luke 1:37). Our Lord said to His Apostles, “Without me you can do nothing” (John 15:5), and to Saint Paul He said, “My grace is sufficient for thee: for power is made perfect in infirmity” (2 Corinthians 12:9). More often than not, the very things we think impossible are providential opportunities to grow in the love of Christ and to experience the power of His grace deployed in our weakness.