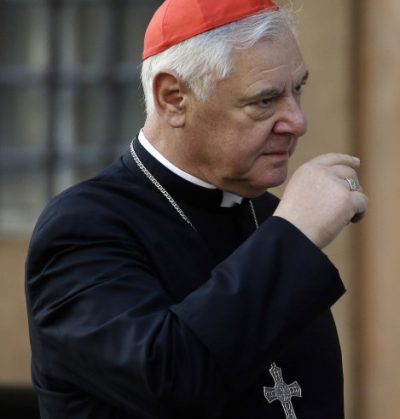 Strictly speaking, we Catholics have no reason to celebrate October 31, 1517, the date that is considered the beginning of the Reformation that would lead to the rupture of Western Christianity.

If we are convinced that divine revelation is preserved whole and unchanged through Scripture and Tradition, in the doctrine of the faith, in the sacraments, in the hierarchical constitution of the Church by divine right, founded on the sacrament of holy orders, we cannot accept that there exist sufficient reasons to separate from the Church.

The members of the Protestant ecclesial communities look at this event from a different perspective, because they think that it is the opportune moment to celebrate the rediscovery of the “pure Word of God,” which they presume to have been disfigured throughout history by merely human traditions. The Protestant reformers arrived at the conclusion, five hundred years ago, that some Church hierarchs were not only morally corrupt, but had also distorted the Gospel and, as a result, had blocked the path of salvation for believers toward Jesus Christ. To justify the separation they accused the pope, the presumed head of this system, of being the Antichrist.

How can the ecumenical dialogue with the evangelical communities be carried forward today in a realistic way? The theologian Karl-Heinz Menke is speaking the truth when he asserts that the relativization of the truth and the acritical adoption of modern ideologies are the principal obstacle toward union in the truth.

In this sense, a Protestantization of the Catholic Church on the basis of a secular vision without reference to transcendence not only cannot reconcile us with the Protestants, but also cannot allow an encounter with the mystery of Christ, because in Him we are repositories of a supernatural revelation to which all of us owe total obedience of intellect and will (cf. “Dei Verbum,” 5).

I think that the Catholic principles of ecumenism, as they were proposed and developed by the decree of Vatican Council II, are still entirely valid (cf. “Unitatis Redintegratio,” 2-4). On the other hand, I am convinced that the document of the congregation for the doctrine of the faith “Dominus Iesus,” of the holy year of 2000, not understood by many and unjustly rejected by others, is without a doubt the magna carta against the Christological and ecclesiological relativism of this time of such confusion.