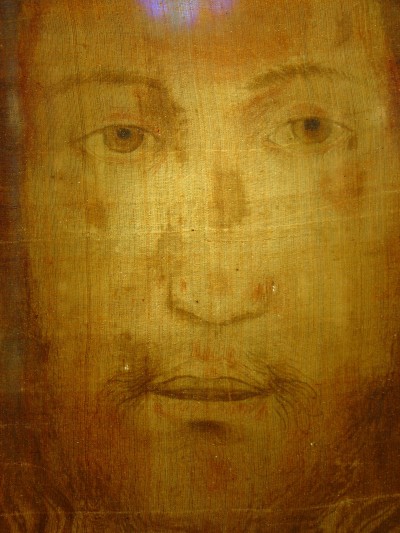 Saint Jude at the Mystical Supper

The Gospel tells us that Simon was one of the twelve disciples whom Jesus called to Himself and named Apostles; Saint Jude too was among the Twelve. The Apostle Jude has a cameo appearance in Saint John’s Gospel at the moment of the Last Supper. Picture Saint Jude listening to Jesus with rapt attention. The question Jude puts to Our Lord is far from superficial. It suggests that he was an intelligent man capable of listening with the ear of the heart and long accustomed to pondering the deep things of the Spirit.

Saint Jude’s Question
We, for our part, can be grateful to Saint Jude for the question he asked his Master. Our Lord’s answer is full of light. “Judas (not Iscariot) said to him, ‘Lord, how is it that you will reveal yourself to us, and not to the world?’; Jesus answered him, ‘Those who love me will keep my word, and my Father will love them, and we will come to them and make our home with them'” (John 14:21-23).

The Indwelling Trinity
Thus is the mystery of the indwelling God revealed to the Apostle Jude. What is the mystery of the indwelling God? It is the abiding presence of the Father loving the Son, and of the Son loving the Father in the hearts of those who love Jesus and hold fast to His words. These few verses from the Gospel of Saint John are sufficient to make the Apostle Saint Jude, more than anything else, a patron of the interior life: the life of undivided attention to the words of Jesus, the life of adoring attention to the indwelling Trinity. Imagine what might be the conversations between the Apostle Jude and Blessed Elizabeth of the Trinity in heaven.

Economic Crisis and the American Devotion to Saint Jude
Popular devotion to Saint Jude is an American phenomenon that began in Chicago in 1929. The steel mills had begun massive lay-offs. In Our Lady of Guadalupe Parish more than 90% of the faithful were without paychecks, unemployment compensation, and Social Security benefits. The pastor, Father James Tort, saw the ever-growing bread lines, the distress of families, and the desperation in the faces of so many. He had, some time before the crisis, come into possession of a Latin American statue of an Apostle rarely invoked. Saint Jude was depicted clasping an icon of the Face of Christ to his breast, with a flame of Pentecostal fire over his head. Father Tort moved the statue to a place of prominence in the church. He announced a novena to The Forgotten Saint. It drew enormous crowds. People were strangely attracted to this obscure saint, to this saint rarely invoked because often confused with the other Jude, the one by whom Jesus was betrayed.
On the final evening of a solemn novena that ended on October 28, 1929 — one day before the crash of the Stock Market — an overflow of more than one thousand people stood outside the church praying and singing. Those asking the intercession of Saint Jude were given relief in unexpected ways and, more than anything else, they found hope again. Saint Jude’s reputation as the patron saint of desperate causes spread from Chicago to shrines, churches, and homes all over the country. 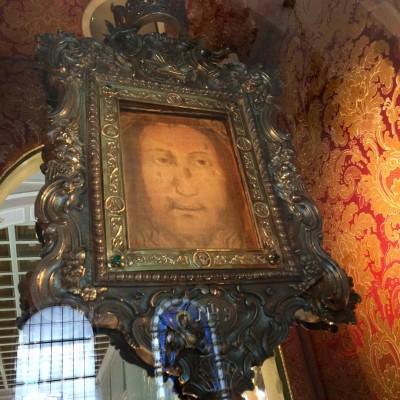 The Apostle of the Holy Face of Jesus

Popular images of Saint Jude passed into the collective memory of American Catholic piety. The medallion of the Face of Christ that he holds represents the miraculous icon of Edessa, the Holy Face of Jesus Not Made by Human Hands. The legend is that Abgar, the King of Edessa, stricken with leprosy, wrote the following letter to Jesus:

Abgar Ouchama to Jesus, the Good Physician Who has appeared in the country of Jerusalem, greeting: I have heard of Thee, and of Thy healing; that Thou dost not use medicines or roots, but by Thy word openest (the eyes) of the blind, makest the lame to walk, cleansest the lepers, makest the deaf to hear; how by Thy word (also) Thou healest (sick) spirits and those who are tormented with lunatic demons, and how, again, Thou raisest the dead to life. . . . Wherefore I write to Thee, and pray that thou wilt come to me, who adore Thee, and heal all the ill that I suffer, according to the faith I have in Thee.

Blessed art thou who hast believed in Me, not having seen me, for it is written of me that those who shall see me shall not believe in Me, and that those who shall not see Me shall believe in Me. As to that which thou hast written, that I should come to thee, (behold) all that for which I was sent here below is finished, and I ascend again to My Father who sent Me, and when I shall have ascended to Him I will send thee one of My disciples, who shall heal all thy sufferings, and shall give (thee) health again, and shall convert all who are with thee unto life eternal. 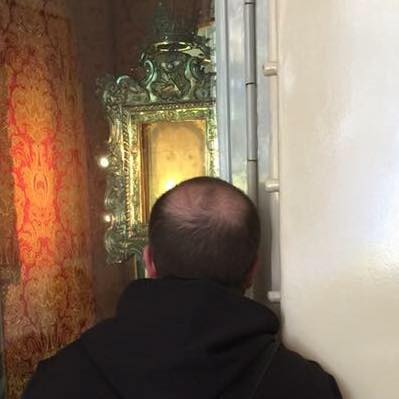 The-Holy-Face-Not-Made-By-Human-Hands
The disciple referred to here is none other than Saint Jude. The legend goes on to recount that Abgar, having received Our Lord’s answer, wanted nothing so much as an image of His Face. He sent an artist to Jesus with instructions to paint the Divine Countenance. The artist had no success because of what he called “the inexpressible glory” in his Face, which changed in grace. Jesus, moved to pity, asked for a cloth, applied it to his Face, and entrusting it to the Apostle Jude, sent it back to King Abgar. When Abgar opened the cloth, he found himself before a miraculous image of the Holy Face of Jesus. This image, carried by the Apostle Jude to King Abgar, is said to be the model of every other icon of the Face of Christ.

A Promise Fulfilled in the Most Holy Eucharist
The promise made by Our Lord in response to Saint Jude’s question is sufficient for us: “Those who love me will keep my word, and my Father will love them, and we will come to them and make our home with them” (Jn 14:21-23). The promise announced in these words of Our Lord is fulfilled for us in the adorable mysteries of His Body and Blood. Relying on that promise, we go forth from participation in the Holy Sacrifice of the Mass bearing the Eucharistic Face of Christ in our hearts.