Skip to content
HomeHoly Face of JesusIt is Thy Face, O Lord, that I seek 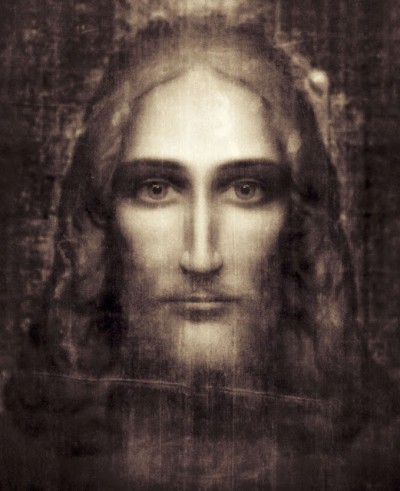 When the history of the pontificate of Saint John Paul II is written by a generation to come, there is no doubt that his insistent and consistent focus on the Face of Christ will emerge as a grand spiritual theme, a recurrent motif, and a spiritual gift to the Church. Over the years of his long pontificate, Saint John Paul II’s personal fascination with the Holy Face of Jesus became a pastoral imperative. Already in 2001, he drew the eyes of the Church to the Face of Christ. At the closing of the Holy Door on January 6th of that year he said: “Christianity is born, and continually draws new life from this contemplation of the glory of God shining on the face of Christ.”

Linked to the mystery of the Face of Christ and, for Saint John Paul II, inseparable from it, is growth in holiness: “May the Lord grant that in the new millennium, the Church will grow ever more in holiness, that she may become in history a true epiphany of the merciful and glorious face of Christ the Lord.”

In Novo Millennio Ineunte, Saint John Paul II developed his teaching on the Face of Christ. Clearly, for Saint John Paul II, this is more than another devotion proposed to the piety of the faithful. It is, rather, a way of presenting and living the whole of the Christian life, a way of responding to what the Second Vatican Council in Lumen Gentium presented forty years ago as “the universal call to holiness.” Karol Wojtyla was a bishop of the Second Vatican Council; as bishop of Rome, he sought to deepen and develop the central intuitions and core teachings of that Council. His call to contemplation of the Face of Christ is fully intelligible only within that context and in relation to the Council’s universal call to holiness. Holiness is a simple adhesion to the designs and desires of the Heart of Christ on us, a “yes” to what the Heart of Christ has reserved for us, a “yes” to what the Heart of Christ would give us at every moment.

The Holy Face and the Sacred Heart

The designs and desires of the Sacred Heart of Jesus are revealed on his Face. One who loves Christ learns to read on his Face the secrets of his Heart. Only in the seventeenth century did the iconography of the Sacred Heart begin to depict the physical organ of Jesus’ heart exposed, surrounded by thorns, and radiant with the flames of love. The more ancient depictions of the Heart of Christ honoured its hiddenness, its mystery, by showing only the wound opened by the soldier’s lance while leaving the Heart itself enclosed in the crucified or glorious flesh of Christ. The open wound was in itself an invitation to press beyond it, to cross its threshold as one would pass through a door, to make one’s dwelling in the inner sanctuary of the Sacred Heart, but the Heart itself remained hidden.

The secrets of the Heart of Christ were, in the older iconographic traditions, revealed on the Face of Christ. One discovered the “mystery” of the Heart by contemplating the Face. Mother Marie des Douleurs Wrotnowska, foundress of the Benedictines of Jesus Crucified (1930), said this clearly: “We must discover on this Face the revelation of the secrets of his Heart,” and in another place, “All the zeal of the Heart of Jesus, all his works, and all his agony can be read on his Face.” Saint John Paul II’s invitation to become contemplatives of the Face of Christ, remains a graced opportunity to reclaim and retrieve another iconographic tradition of the Sacred Heart: that of the Face of Christ as the revelation of the secrets of his hidden Heart.

In the light of Saint John Paul II’s consistent and insistent focus on the “Face of Christ” we begin to understand that he was, in fact, proposing not a devotion, but a way of responding to the call to holiness that is wonderfully adapted to every state of life, but essential to monastic life. At the heart of every vocation lies the mystery of a personal relationship with Jesus Christ, a relationship best described in terms of an encounter “face to face,” and of perseverance in seeking the Face that first sought us. “Of Thee my heart has spoken: ‘Seek his face.’ It is Thy face, O Lord, that I seek; hide not Thy face” (Ps 26:8-9). The Holy Face is the countenance of the Word Incarnate. Jesus calls souls in every state of life to live with their eyes fixed on Him, so as to discover on his Face the revelation of the secrets of his Heart.