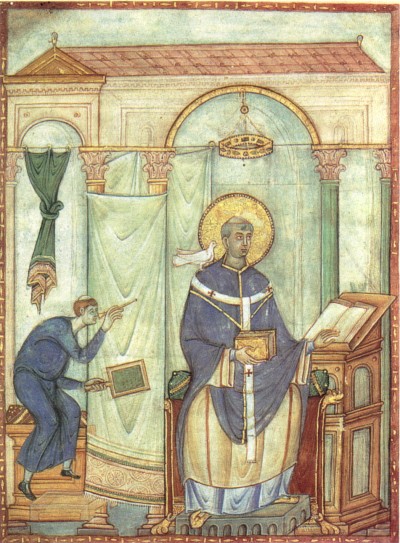 The Lesson from the Holy Gospel according to John

This was the testimony which John bore, when the Jews sent priests and Levites from Jerusalem, to ask him, Who art thou?  He admitted the truth, without concealment, admitted that he was not the Christ.  And so on, and that which follows.

From a Homily by St Gregory the Great, Pope & Doctor

Dearly beloved brethren, the first thing which strikes us in today’s Gospel is the lowly-mindedness of John.  He was so great that it was thought he might be the Christ; yet he soberly chose rather to seem only what he really was, than to let the belief of men invest him with a dignity which did not belong to him; for he confessed, and denied not, but confessed, “I am not the Christ”, at the same time he would not deny what he was in reality; and thus his very truth-speaking made him a member of him whose title he would not by falsehood take.  In that he arrogated not to himself the name of Christ, he became a member of Christ.  While he humbly strove to confess his own weakness, he earned by his simplicity a part in the grandeur of his Master.

In considering this subject we find an apparent contradiction between one of John’s statements, and the saying of our Redeemer recorded in another part of the Gospel.  When his disciples asked our Lord regarding the coming of Elias, he answered: “Elias is come already, and they knew him not, but have done unto him whatsoever they listed.  And if ye will receive it, this (that is, John) is Elias.”  But when John was asked if he was Elias, he answered, “I am not.” How is it then, dearly beloved brethren, that we find the Truth itself asserting what the prophet of the Truth denied?  It must evidently be that our Lord meant one thing and John another, when the Lord said, “This is”, and John, “I am not”.  For how can he be the prophet of truth, if he speaks not according to the word of him who is the Eternal Truth?