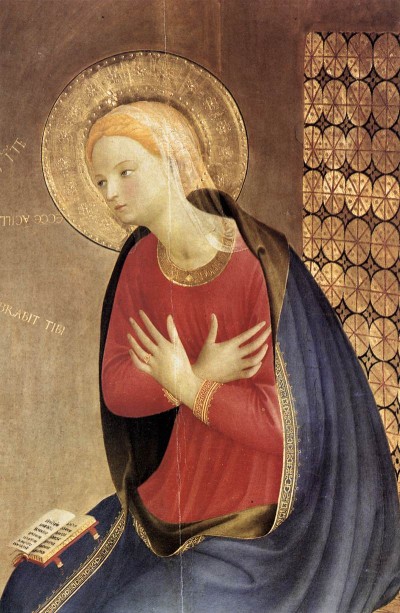 Among the teachings of Blessed Pope Paul VI, the Apostolic Exhortation, Marialis Cultus (2 February 1974), is remarkable for its contribution to a Mariology rooted in the sacred liturgy, in the Fathers of the Church, and in the Word of God received, made fruitful, and proclaimed in medio Ecclesiae. Only in the midst of the Ecclesia orans (the Church–at–Prayer) is the Word of God heard rightly; only there does it acquire the fulness of resonance intended by the Holy Ghost who inspired it at its inception, and who inspires the Church in its reception.

In a certain number of points, Marialis Cultus bears the imprint of the heady times and shifting context in which it was written. The section of the document to which I have, nevertheless, returned again and again over the years, is the following: articles 17—20. Pope Paul VI presents Our Lady as the perfect and spotless icon of the Church: audiens, orans, pariens, and offerens. It is in Mary and through Mary that the Church — and each ecclesial soul — recognizes herself as the Spouse of Christ called to listen, to pray, to be fruitful, and to offer.

Mary is the attentive Virgin, who receives the word of God with faith, that faith which in her case was the gateway and path to divine motherhood, for, as Saint Augustine realized, “Blessed Mary by believing conceived Him (Jesus) whom believing she brought forth.”(45) In fact, when she received from the angel the answer to her doubt (cf. Lk. 1:34-37), “full of faith, and conceiving Christ in her mind before conceiving Him in her womb, she said, ‘I am the handmaid of the Lord, let what you have said be done to me’ (Lk. 1:38).”(46) It was faith that was for her the cause of blessedness and certainty in the fulfillment of he promise: “Blessed is she who believed that the promise made her by the Lord would be fulfilled” (Lk. 1:45). Similarly, it was faith with which she, who played a part in the Incarnation and was a unique witness to it, thinking back on the events of the infancy of Christ, meditated upon these events in her heart (cf. Lk. 2:19,51). The Church also acts in this way, especially in the liturgy, when with faith she listens, accepts, proclaims and venerates the word of God, distributes it to the faithful as the bread of life(47) and in the light of that word examines the signs of the times and interprets and lives the events of history. 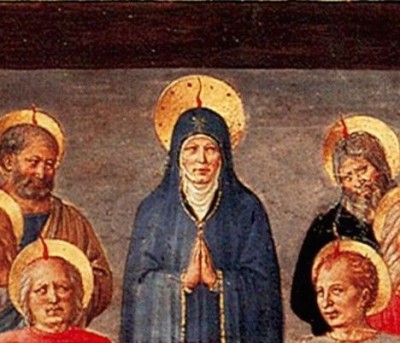 Mary is also the Virgin in prayer. She appears as such in the visit to the mother of the precursor, when she pours out her soul in expressions glorifying God, and expressions of humility, faith and hope. This prayer is the Magnificat (cf. Lk. 1:46-55), Mary’s prayer par excellence, the song of the messianic times in which there mingles the joy of the ancient and the new Israel. As St. Irenaeus seems to suggest, it is in Mary’s canticle that there was heard once more the rejoicing of Abraham who foresaw the Messiah (cf. Jn. 8:56)(48) and there rang out in prophetic anticipation the voice of the Church: “In her exultation Mary prophetically declared in the name of the Church: ‘My soul proclaims the glory of the Lord….'”(49) And in fact Mary’s hymn has spread far and wide and has become the prayer of the whole Church in all ages.

At Cana, Mary appears once more as the Virgin in prayer: when she tactfully told her Son of a temporal need she also obtained an effect of grace, namely, that Jesus, in working the first of His “signs,” confirmed His disciples’ faith in Him (cf. Jn. 2:1-12).

Likewise, the last description of Mary’s life presents her as praying. The apostles “joined in continuous prayer, together with several women, including Mary the mother of Jesus, and with his brothers” (Acts 1:14). We have here the prayerful presence of Mary in the early Church and in the Church throughout all ages, for, having been assumed into heaven, she has not abandoned her mission of intercession and salvation.(50) The title Virgin in prayer also fits the Church, which day by day presents to the Father the needs of her children, “praises the Lord unceasingly and intercedes for the salvation of the world.”

Mary is also the Virgin-Mother-she who “believing and obeying…brought forth on earth the Father’s Son. This she did, not knowing man but overshadowed by the Holy Spirit.”(52) This was a miraculous motherhood, set up by God as the type and exemplar of the fruitfulness of the Virgin-Church, which “becomes herself a mother…. For by her preaching and by baptism she brings forth to a new and immortal life children who are conceived by the power of the Holy Spirit and born of God.”(53) The ancient Fathers rightly taught that the Church prolongs in the sacrament of Baptism the virginal motherhood of Mary. Among such references we like to recall that of our illustrious predecessor, Saint Leo the Great, who in a Christmas homily says: “The origin which (Christ took in the womb of the Virgin He has given to the baptismal font: He has given to water what He had given to His Mother-the power of the Most High and the overshadowing of the Holy Spirit (cf Lk. 1:35), which was responsible for Mary’s bringing forth the Savior, has the same effect, so that water may regenerate the believer.”(54) If we wished to go to liturgical sources, we could quote the beautiful Illatio of the Mozarabic liturgy: “The former [Mary] carried Life in her womb; the latter [the Church] bears Life in the waters of baptism. In Mary’s members Christ was formed; in the waters of the Church Christ is put on. 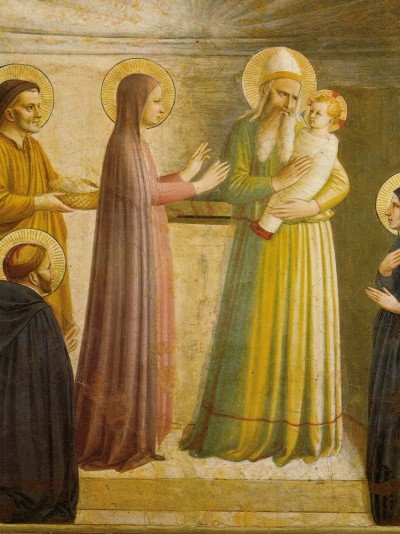 Mary is, finally, the Virgin presenting offerings. In the episode of the Presentation of Jesus in the Temple (cf. Lk. 2:22-35), the Church, guided by the Spirit, has detected, over and above the fulfillment of the laws regarding the offering of the firstborn (cf. Ex. 13:11-16) and the purification of the mother (cf. Lv. 12:6-8), a mystery of salvation related to the history of salvation. That is, she has noted the continuity of the fundamental offering that the Incarnate Word made to the Father when He entered the world (cf. Heb. 15:5-7). The Church has seen the universal nature of salvation proclaimed, for Simeon, greeting in the Child the light to enlighten the peoples and the glory of the people Israel (cf. Lk. 2:32), recognized in Him the Messiah, the Savior of all. The Church has understood the prophetic reference to the Passion of Christ: the fact that Simeon’s words, which linked in one prophecy the Son as “the sign of contradiction” (Lk. 2:34) and the Mother, whose soul would be pierced by a sword (cf Lk. 2:35), came true on Calvary. A mystery of salvation, therefore, that in its various aspects orients the episode of the Presentation in the Temple to the salvific event of the cross. But the Church herself, in particular from the Middle Ages onwards, has detected In the heart of the Virgin taking her Son to Jerusalem to present Him to the Lord (cf. Lk. 2:22) a desire to make an offering, a desire that exceeds the ordinary meaning of the rite. A witness to this intuition is found in the loving prayer of Saint Bernard “Offer your Son, holy Virgin, and present to the Lord the blessed fruit of your womb. Offer for the reconciliation of us all the holy Victim which is pleasing to God.”(56)

This union of the Mother and the Son in the work of redemption(57) reaches its climax on Calvary, where Christ “offered himself as the perfect sacrifice to God” (Heb. 9:14) and where Mary stood by the cross (cf. Jn 19:25), “suffering grievously with her only-begotten Son. There she united herself with a maternal heart to His sacrifice, and lovingly consented to the immolation of this victim which she herself had brought forth”(58) and also was offering to the eternal Father.”(59) To perpetuate down the centuries the Sacrifice of the Cross, the divine Savior instituted the Eucharistic sacrifice, the memorial of His death and resurrection, and entrusted it to His spouse the Church,(60) which, especially on Sundays, calls the faithful together to celebrate the Passover of the Lord until He comes again.(61) This the Church does in union with the saints in heaven and in particular with the Blessed Virgin,(62) whose burning charity and unshakable faith she imitates.