Skip to content
HomeLent 2014For My Oblates . . . and Others 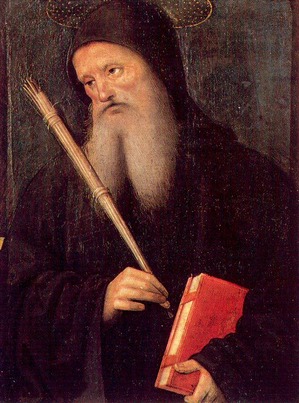 When it comes to the observance of Lent, Saint Benedict is very practical, very concrete. He doesn’t spend a lot of time telling us what we ought to think. He doesn’t tell us what to say. Thoughts about penitence are not penitence. Talking about penitence is not doing it. The patterns of our life are changed, in the end, by what we do. Thoughts are necessary, it is true; but a thought of penitence never translated into action is perfectly useless. Words are helpful — sometimes — but words that come out of our mouths to float in the air and disappear do nothing to advance our conversion. Deeds change our lives; deeds re-orient our hearts. They need not be big deeds. Very little ones are surprisingly effective, especially when one little deed follows another and another and another, creating a pattern of conversion.

The Moses of Monks

Saint Benedict, our law-giver, the “Moses of monks” as the tradition calls him, shows us how to carry out the choice for life that Moses, the law-giver of Israel, presents in Deuteronomy. “Choose life, that you and your descendants may live, loving the Lord your God, obeying his voice,and cleaving to him” (Dt 30:19-20). Holy Father Benedict’s presentation of Lenten observance can be summed up in two little words: more and less.

In Chapter 48 Saint Benedict is explicit about more lectio divina. He even rearranges the daily schedule in order to provide more time for reading during Lent. Do you see how very concrete he is? It is not enough to think about doing more lectio, not enough to talk about doing more lectio. He goes about it very concretely by changing the order of the day. He commissions one or two seniors to go about the monastery to see that the brethren are not wasting the time aside for more lectio by engaging in more of what they should be doing less: talking, wasting time, and distracting others.

Less: less food, less drink, less sleep, less talkativeness, less looseness in speech (cf. RB 49:7). Many folks are put off by Saint Benedict’s proposals, but that may be because they read them without taking them in reflectively. He says “less”; he doesn’t say how much less. This is where Holy Father Benedict meets Saint Thérèse, the Doctor of the “Little Way.” The “less” of Saint Benedict is the very little thing of Thérèse: the word saved for recreation, the second or third cup of coffee, the unkind judgment nipped in the bud.

The choice for life remains, all too easily, something that floats in the mist of pious aspirations without taking shape in deeds. Moses teaches that the choice for life comes down to three things: “Love the Lord your God, heed his voice, and cling to him” (Dt 30:20). Even these three things risk being formless and vague. Translate, “love the Lord your God,” into one concrete act of love — today. Don’t think about loving God, do something to make it real. Translate, “heed his voice,” into one concrete act of obedience, of silence — today. Translate, “cling to him,” into a choice for prayer that will cut into your routine and affect your management of time — today. It need not be long. Pure prayer is often brief.

Lest there be in our offering any impurity of pride, presumption, or vainglory, Saint Benedict would have both our “more” and our “less” submitted to the Abbot for blessing and approval. The line of monks going to the office of the Abbot, each one asking for blessing and approval of his Lenten “more” and “less,” is the offertory procession of Lent, making each deed worthy of oblation in the joy of the Holy Spirit. Lent is just this: a procession to the altar, a movement into the mystery of the Cross. How could it be anything but joy?