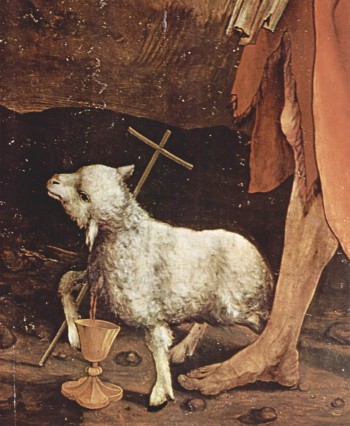 Blessed are the peacemakers: for they shall be called the children of God
In less than four weeks time we will be singing the opening antiphon of First Vespers of Christmas: Rex pacificus magnificatus est, cujus vultum desiderat universa terra, “The King of Peace is magnified, whose countenance the whole world desires [to see]”. Christ is the King of Peace. At His birth the choirs of angels filled the skies over Bethlehem, singing “Glory to God in the highest, and on earth peace to men of good will” (Luke 2:14). The angels knew that the Son of God had come to establish peace between heaven and earth. Whereas Adam’s sin had set earth against heaven, and caused heaven to weep over the sin that devastated the face of the earth, Christ, by His coming, fulfilled the psalmist’s prophecy that earth would be be inhabited by peacemakers, and that He would give peace to all who would welcome Him into their hearts and allow Him to rule over them as King. “The meek shall inherit the land, and shall delight in abundance of peace” (Psalm 36:11).

Peace Through the Blood of His Cross
Jesus established peace on earth by offering Himself in sacrifice as a willing victim upon the altar of the Cross. He took the sins of men upon Himself, and bore their hatred of His Father and of one another in His own body, where it was nailed to the wood and defeated. “In him, it hath well pleased the Father, that all fullness should dwell; And through him to reconcile all things unto himself, making peace through the blood of his cross, both as to the things that are on earth, and the things that are in heaven” (Colossians 1:19–20).

My Peace I Give Unto You
Where the God and Father of Our Lord Jesus Christ is not loved and adored, there can be no peace. By His Sacrifice, Jesus became a victim of love and of adoration, restoring the balance and right order willed by His Father at the beginning of creation, and even going beyond it by filling the earth with the promise of a peace that the world cannot give. “Peace I leave with you, my peace I give unto you: not as the world giveth, do I give unto you. Let not your heart be troubled, nor let it be afraid” (John 14:27). Jesus established peace in His Blood, and the peace that He won by dying upon the Cross flows like a river even now from every altar whereupon His Body and Blood are offered again and again to the Father, and set before souls as the New Covenant that is everlasting and imperishable.

Victims with the Victim Christ
To be a peacemaker is to become with Christ and like Christ a victim offered to the Father, a holocaust of love, a lamb immolated in sacrifice.  Unfortunately, in more recent times, the language and discourse of “victim souls” has been lifted out of its native liturgical context and made into something elitist, rarefied and, therefore, suspect. Such is not the mind of the Church, whose liturgy makes it clear that one who partakes of the Sacrifice of Christ fully, consciously, and actually, becomes, by that very fact, a victim with Christ. A Preface of the Mass of the Most Blessed Sacrament makes this clear:

In this mystery of unsearchable wisdom and boundless charity, He ceaselessly enacts in a wondrous manner the very Sacrifice that He accomplished once upon the Cross, He Himself being the One who offers and  that which once He wrought upon the Cross, He ceaselessly He ever wondrously effects what he accomplished once on the Cross being Himself the One Who offers and the Oblation itself. As for us, having become one victim with Himself, He invites us to the sacred banquet in which He is the food that we eat, in which the memory of His Passion is renewed, the soul is filled with grace, and a pledge of future glory is given us.

Again, the Secret of the Votive Mass of Our Lord Jesus Christ, Eternal High Priest describes all who partake of the Body and Blood of Christ as victims conjoined to Him in His Sacrifice.

May Jesus Christ, our mediator render these offerings acceptable to Thee, O Lord, and present us, together with Himself, as victims pleasing unto Thee.

In 1958, the renowned Benedictine scholar, Dom Georges Lefebvre, published a study of the doctrinal foundations of the victimal spirituality of Mother Mectilde de Bar. His reflections throw further light on the correct theological understanding of the word victim.

If one takes it [the word victim] in its strict, true meaning, it is the synonym of christian. It is the simplest possible word, the truest, and the most profound to express what it means to be a christian. A christian is one who enters into communion with the mystery of Christ. If we take the word victim in all its theological import, it expresses what is, in the end, every christian life: to be with Christ, united to His Sacrifice, participating in His Sacrifice, a victim with Him.

Dom Lefebvre demonstrates that what matters, first of all, is not the immolation or destruction of the victim, but rather its consecration, its being made over to God in an act of self–offering unto union, or at–one–ment. One misconstrues the significance of victimhood by presenting it negatively in terms of suffering for the sake of suffering. The suffering involved in victimhood is the consequence of one’s surrender to the living flame of Divine Love; it is a suffering unto death, but such a death is the passage into true and everlasting life. Is this not the teaching of the Apostle?

Victim Souls: the True Peacemakers
Having clarified what I mean by victim soul, I can say without fear of being misunderstood, that, in the absence of victim souls there can be no peace. The true peacemakers are those victim souls who contemplate Jesus in the mystery of His Sacrifice and who are compelled by the Holy Spirit to become like Him in all things, even to the point of death, so that the world may have peace and know life in abundance. “So then death worketh in us, but life in you” (2 Corinthians 4:12).

Peace: A Gift from Heaven
The true peacemakers are not those who appear to be constructing peace in the eyes of the world. Peace is not in treaties, nor is it the fruit of diplomacy and human effort. It is a gift from heaven. It is a marvelous exchange by which the fragrance of Christ’s holocaust rises in the presence of His Father from the altars of the world and from all the tabernacles wherein He is hid. Souls united to the Sacred Host receive a divine peace and become capable of bringing it to every heart ready to receive it.

The Sacrament of Peace
There is no peace that is not Eucharistic. The Most Holy Eucharist is the Sacrament of Peace. Where Christ is present, there is peace. Where He is loved and adored, there is peace. Wheresoever He is present, hidden beneath the sacramental veils, there is a powerful irradiation of peace, capable of changing hearts and of healing the wounds inflicted on souls by rebellious men in the grip of a satanic fury. There are many who will say that peace is won through dialogue, but the only peace worth possessing, the peace that the world cannot give, is the fruit of dialogue with Our Lord in His Word and in the Sacrament of His Love. Even more, it is the fruit of listening to the things that He speaks to humble hearts. “The Lord saith: I think thoughts of peace, and not of affliction: you shall call upon Me, and I will hear you; and I will bring back your captivity from all places” (Jeremias 29: 11, 12, 14). Peace is the fruit of a silent and adoring adhesion to the Mystery of Christ, that is, to Christ as He is and as He has made Himself present, through the consecrating words of His priest, in the Sacrament of His Love.

A Great Peacemaker
At this moment, the single greatest peacemaker in the world may be a very hidden soul, far from the turmoil of conversations and negotiations, who abides in silence before the Eucharistic Face of Jesus and opens herself unreservedly to the continuous outpouring of love from the Most Holy Sacrament of the Altar. It is in this way that our cloistered Pope Emeritus, Benedict XVI, is a great peacemaker. Christ’s gift of peace increases in proportion to the hiddenness, silence, and humility of the living hosts who offer themselves and allow Christ the Priest to offer them to obtain it.