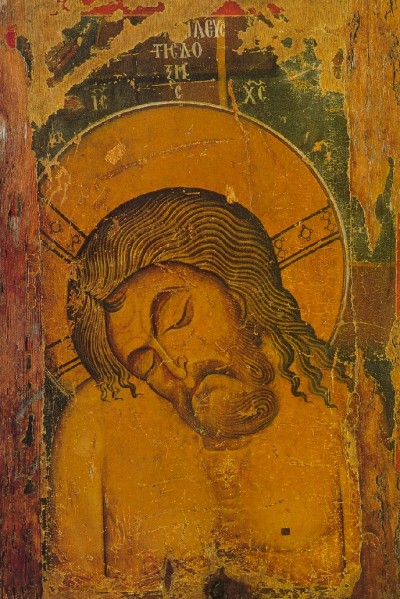 Father, Into Thy Hands

We begin today Chapter VII of the Holy Rule: On Humility. It is the heart of the Holy Rule. If all the other chapters of the Rule were somehow irretrievably lost, Chapter VII alone would be enough to rebuild Benedictine life.  The monk is a man who, with fear and trembling, and with an unshakable confidence in the mercy of God, accepts to enter into the mystery of the humility — and the humiliations — of Christ.  Chapter VII describes a kind of via crucis: twelve stations of the Cross by which a monk can shed every arrogance, artifice, pretension, and self–reliance, and so arrive at Calvary where, with Christ, he is able to say with the heart of a little child, “Father, into thy hands I commend my spirit.”

A monk’s descent into the humility of Christ is necessarily marked by falls beneath the weight of the cross. Some, after the humiliation of the first fall are tempted to cast aside the cross and turn back to the lights and comfort and friends left behind in the city. Some, after the humiliation of the second fall, decide to turn aside and, abandoning the cross in the dust, escape across the fields into what they perceive as freedom and respite.  And some, after the humiliation of the third fall, raise their fist in anger towards heaven, and storm away to finish their lives in bitterness and discontent. It is the man who falls, and falls again, and who, by the grace of Christ, rises and rises yet again to continue his way to Golgotha, who will enter into the abyss of darkness that shrouds the mystery and emerge a new man into the most dazzling light. Falls on the way to the place of one’s crucifixion and death are moments of grace, happy faults, occasions of real participation in the Passion of Christ and in the mystery of His extreme humility. 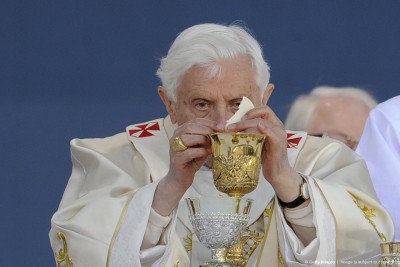 The entire mystery of Christ’s humility is contained in the Most Holy Sacrament of the Altar.  Look upon the Host and see the extreme humility of Christ. The Host is the Christus passus, that is, Christ in the very act of His immolation: silent, humble, obedient unto death, hidden, despised, and forsaken. Host (from the Latin hostia) means sacrificial victim, immolated Lamb.  A man comes to the monastery to become a host with the Divine Host, to become a lamb meek and silent, and made ready for immolation.  The immolation of the monk, however, is not wrought by a single swift stroke of the knife; it is, rather, a silent and prolonged descent into death that, paradoxically, is the surest and safest ascent into everlasting life. Benedictine humility is essentially Eucharistic; it is communicated almost imperceptibly to the man who perseveres in adoration of the Host and who partakes of the Bread of Life.  He becomes what he contemplates; he becomes what he eats, and this until it is no longer he who lives but Christ who lives in him. Saint Benedict’s twelve steps of humility are already the Perfect Joy of the Poverello and the Little Way of Saint Thérèse.  There is no holiness that does not, in the end, converge in the Host and radiate from it.