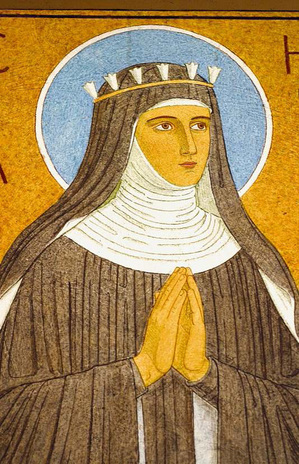 Homily of Pope Benedict XVI
Opening of the 13th Ordinary General Assembly
of the Synod of Bishops
on the New Evangelisation
7 October 2012
Dear Brother Bishops,
Dear brothers and sisters,
Transmission of the Christian Faith
With this solemn concelebration we open the thirteenth Ordinary General Assembly of the Synod of Bishops on the theme The New Evangelisation for the Transmission of the Christian Faith. This theme reflects a programmatic direction for the life of the Church, its members, families, its communities and institutions. And this outline is reinforced by the fact that it coincides with the beginning of the Year of Faith, starting on 11 October, on the fiftieth anniversary of the opening of the Second Vatican Ecumenical Council. I give a cordial and grateful welcome to you who have come to be part of the Synodal Assembly, in particular to the Secretary-General of the Synod of Bishops, and to his colleagues. I salute the fraternal delegates of the other churches and ecclesial communities as well as all present, inviting them to accompany in daily prayer the deliberations which will take place over the next three weeks.
Fix Our Gaze Upon the Lord Jesus
The readings for this Sunday’s Liturgy of the Word propose to us two principal points of reflection: the first on matrimony, which I will touch shortly; and the second on Jesus Christ, which I will discuss now. We do not have time to comment upon the passage from the Letter to the Hebrews but, at the beginning of this Synodal Assembly, we ought to welcome the invitation to fix our gaze upon the Lord Jesus, “crowned with glory and honour, because of the suffering of death (2:9). The word of God places us before the glorious One who was crucified, so that our whole lives, and in particular the commitment of this Synodal session, will take place in the sight of him and in the light of his mystery. In every time and place, evangelisation always has as its starting and finishing points Jesus Christ, the Son of God (cf. Mk 1:1); and the Crucifix is the supremely distinctive sign of him who announces the Gospel: a sign of love and peace, a call to conversion and reconciliation. My dear Brother Bishops, starting with ourselves, let us fix our gaze upon him and let us be purified by his grace. 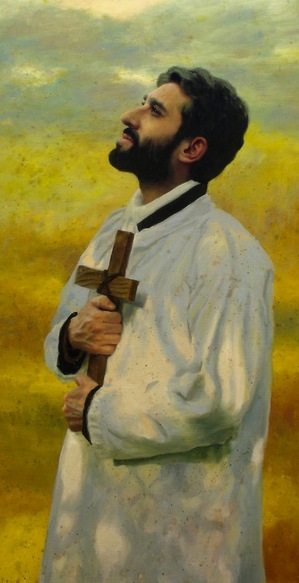