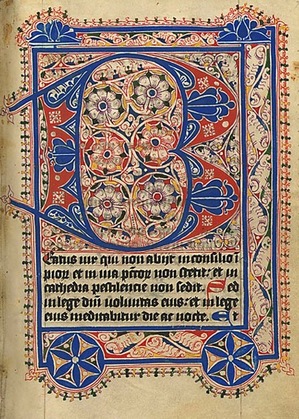 Prime
Back in the late 1940s and 50s, when, in synergy with the Liturgical and Biblical renewals, the Benedictine Oblateship was enjoying something of a springtime, it was not uncommon for Oblates to pray the Hours of Prime and Compline each day, leaving the Great Hours of Matins, Lauds, and Vespers, and the other Little Hours of Tierce, Sext, and None to their brethren in the cloister. Prime and Compline were often promoted as the ideal Hours for working folk.

Adé Prayed Prime and Compline
I remember my old friend and mentor Adé Béthune telling me, almost 40 years ago, that as a young Benedictine Oblate working as a lettercutter in the John Stevens Shop in Newport, Rhode Island, she and her friends would pause to pray Prime and Compline together. Adé’s contemporaries, Dorothy Day of Catholic Worker fame, and Catherine de Hueck Doherty of Madonna House, would also have been devoted to Prime and Compline.

A Domestic Prayer
Prime is the Church’s second morning prayer. It is to Lauds, what Compline is to Vespers. Unlike Lauds, which can be clothed in a certain liturgical solemnity, Prime has a homespun, domestic quality about it. Whereas Lauds is characterized by the great waves of praise that its very name signifies, Prime is a the humble prayer of one setting out for work. The motif that runs through Prime is one of preparation for the labours and inevitable temptations that the day will bring.

How Prime Unfolds
After the “Incline unto mine aid, O God” that begins all the Hours, a beautiful hymn invokes God’s blessing and protection on the waking day.

The Hymn
Now doth the sun ascend the sky,
And wake creation with its ray,
Keep us from sin, O Lord most high,
Through all the actions of the day.

Curb thou for us the unruly tongue;
Teach us the way of peace to prize;
And close our eyes against the throng
Of earth’s absorbing vanities.

Oh, may our hearts be pure within,
No cherish’d madness vex the soul;
May abstinence the flesh restrain,
And its rebellious pride control.

So when the evening stars appear,
And in their train the darkness bring;
May we, O Lord, with conscience clear,
Our praise to thy pure glory sing.

To God the Father, glory be,
And to his sole-begotten Son,
Glory, O Holy Ghost, to thee,
While everlasting ages run. Amen.

After the hymn comes the Psalmody, the very core of the Divine Office at each of the Hours. There follows a brief lesson from Scripture recited by heart, and a versicle, a vigorous plea to the Christ the King:

Collect
O LORD God almighty,
who hast brought us to the beginning of this day:
defend us in the same by thy power;
that we may not fall this day into any sin,
but that all our thoughts, words and works
may be directed to the doing of what is just in Thy sight.
Through our Lord Jesus Christ, thy Son:
Who liveth and reigneth with thee
in the unity of the Holy Ghost God:
world without end. Amen.

The Martyrology
In monasteries, once the first part of Prime has been chanted in choir, the monks repair to the Chapter Room to hear the reading of the Martyrology, a listing and short description of the saints of the day.

Work Assignments
Following the Martyrology, the abbot assigns the various works and chores that are a part of family life everywhere. In the Monastic Breviary there are special prayers for the blessing of the daily work, asking the Lord to “prosper the work of our hands.”

The Holy Rule
Then follows a short reading from the Rule of Saint Benedict, completed by the abbot’s explanation of the text. The daily public reading of the Holy Rule keeps it fresh in the hearts of the monastic family, and affords the abbot an opportunity to teach the souls entrusted to him by kneading into their minds, as into a mass of dough, the leaven of holiness.

The Faithful Departed
It some places it is customary to commemorate the faithful departed, especially those resting in the monastic cemetery, at this point. Psalm 129, the De Profundis, is chanted in supplication for the dead.

The Blessing
Finally the abbot imparts a blessing to all in the house. This paternal blessing is given twice in the Divine Office: at Prime in the morning, and at Compline, before going to bed.

A Strange Suppression
In 1964, the Second Vatican Council’s Constitution on the Sacred Liturgy, Sacrosanctum Concilium, laconically decreed in article 89: “The hour of Prime is to be suppressed.” As jilted soldiers in World War II used to say, “That’s all she wrote.” The suppression of Prime affected only the Roman Breviary. In the monastic Office used by Benedictines, Cistercians, and Carthusians, the beleaguered Office remained — or was to supposed to remain — intact.The suppression of Prime seems strange and illogical when one considers that its counterpart, Compline, was retained. The argument for the suppression of Prime was that it duplicated Lauds as a morning prayer; it was further argued that the distinctive element of Prime, the hallowing of the day’s work, could be integrated into the Preces of Lauds. Others argued that Prime was monastic in origin, and therefore was not suitable for clergy and people living, working, and praying in the world. That argument too is specious: Compline is also monastic in origin, and no one contested its significance or suitability.

The framers of Sacrosanctum Concilium seemed to have entertained an illogical antipathy for Prime. Had they any real awareness of just how valuable Prime was to committed layfolk living and working in the real world, they would have not decreed its suppression. On the contrary, they would have taken the pulse of Catholic workers, and promoted it.

The same article 89 of Sacrosanctum Concilium mandates, concerning Compline, “Compline is to be drawn up so that it will be a suitable prayer for the end of the day.” Could not, indeed, should not, the same principle have been applied to Prime? The length of the Psalmody, for example, could have been slightly reduced, or another choice of psalms made.

When it came to the Divine Office, the framers of Sacrosanctum Concilium suffered from a narrowly legalistic “all or nothing” vision of ecclesial prayer. There was no need to suppress Prime; it could have been included in a revision of the Divine Office as an Hour especially suited to layfolk having to dash out the door to work in the morning, or get the children breakfast. 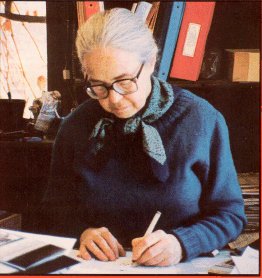 For Oblates
My own experience in encouraging and helping Benedictine Oblates to pray ( these would be mothers at home with small children, fathers, husbands, wives, working people in a variety of trades and professions) obliges me to conclude that, in fact, Adé Béthune and her friends were right: Prime and Compline are, as a rule, the most suitable Hours of the Divine Office for layfolk.

Even little children can be taught to sing the hymn of Prime to a simple chant melody. A psalm should follow, one that children can learn by heart: Psalm 8 (O Lord, our Lord, how glorious is Thy Name) perhaps, or Psalm 22 (The Lord is my shepherd, I shall not want). Children can be encouraged to learn by heart and recite a sentence from Sacred Scripture. The versicle, response, little litany, Our Father, and Collect would bring this family Prime to a close. One can also, however, imitate the monastic practice and announce the saints of the day, assign chores, pray for the departed by name, and give a final blessing.