Skip to content
HomeChurch LifeThe Rule of Saint Benedict: A School for Bishops 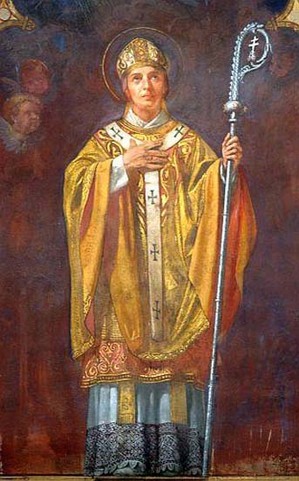 Are There Any Bishops Among My Readers?
Saint Anselm’s pastoral qualities as a bishop surely originated in his experience as abbot of Bec. On 21 April we read the second part of Saint Benedict’s Chapter LXIV, The Appointment of the Abbot. It occurred to me that bishops would want to meditate Saint Benedict’s wisdom, particularly with regard to their relations with the priests and deacons of their dioceses. Listen to Saint Benedict. I took the liberty of adapting the text to the situation of bishops and their diocesan clergy!

Let the bishop when he is appointed
consider always what an office he has undertaken
and to whom he must render an account of his stewardship;
and let him know that it is his duty rather to profit his clergy than to lord it over them.
It behoves him, therefore, to be learned in the divine law,
so that he may have a treasure of knowledge
whence he may bring forth things new and old;
and to be chaste, sober, and merciful.
Let him always set mercy above judgment (Jas 2, 13),
so that he himself may obtain mercy.
Let him hate ill-doing but love the clergy.
In administering correction, let him act with prudent moderation,
lest being too zealous in removing the rust he break the vessel.
Let him always distrust his own fraility
and remember that the bruised reed is not to be broken.
By this we do not mean that he should allow evils to grow,
but that, as we have said above,
he should eradicate them prudently and with charity,
in the way which may seem best in each case.
And let him study rather to be loved than feared.
Let him not be turbulent or anxious,
overbearing or obstinate,
jealous or too suspicious,
for otherwise he will never be at rest.
Let him be prudent and considerate in all his commands;
and whether the work he enjoins concerns God or the world,
let him always be discreet and moderate,
bearing in mind the discretion of holy Jacob, who said:
If I cause my flocks to be overdriven,
they will all perish in one day (Gen 33, 13).
So, imitating these and other examples of discretion,
the mother of all virtues,
let him so temper all things that the strong may still have something to long after,
and the weak may not draw back in alarm.
And, especially, let him keep this present rule in all things;
so that having ministered faithfully
he may hear from the Lord what the good servant heard
who gave his fellow-servants wheat in due season:
Amen, I say unto you, he will set him over all his goods (Mt 24, 47).