“I believe that celibacy becomes a very meaningful sign, and above all becomes possible to live, when priests begin to form communities. It is important for priests not to live off on their own somewhere, in isolation, but to accompany one another in small communities, to support one another, and so to experience, and constantly realize afresh, their communion in service to Christ and in renunciation for the sake of the Kingdom of heaven.” 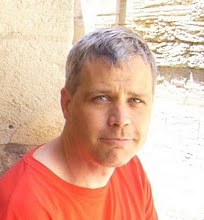 It takes a married Irish layman like Rob Fuller of County Galway to challenge the current model of the diocesan priesthood. This is what he writes on his brilliant blog, Faith and Life:
The Diocesan Cowboyhood
I have some good friends who are diocesan priests and I expect they’ll all be annoyed with me for saying it, but here we go again: c’mon lads, this living like hermits thing really sucks.
I really think something is wrong with the Western model of diocesan priesthood where, pretty much to a man, you each live alone. Yes, I know you like it, and to be honest you’ve turned into a bit of an eccentric grump, so at this point I wouldn’t propose that you be deprived of your status as a hermit. But I’m not talking about you – I’m talking about the model.
I know it doesn’t bother you much, but you’ve missed out for a long time on a big part of the Christian life known as community living.
Yes, I know there’s a shortage of priests. There was more of a shortage before, but that didn’t seem to worry Jesus too much when he sent them out in pairs. In fact, I think we should consider that perhaps the existing model of diocesan priesthood is contributing to the shortage of priests. You probably have some close friends who left the priesthood because of loneliness or the need to live in community, and who now live fulfilled lives in small Christian communities known as families. (No, it’s not the sex that keeps them there). The shortage of priests problem is going to be accentuated over the next decade, no matter what happens. Your aloneness will do nothing to alleviate that problem.
Do you think the cowboy model appeals as a benefit to a young idealist struggling with whether he has a vocation? You are comfortable with it now, and you count it with the “pros”, but I expect the young lad in his early twenties has bold and underlined, “I will be a hermit cowboy” in the “cons” column. Was “living on my own” one of the features of the diocesan priesthood which initially attracted you? I doubt it.
“Two priests sharing a house isn’t community,”
you say. You’re right, it takes more than sharing a house. Community living means also sharing meals and prayer, maybe even some conversation and recreation. Yes, even the thought of it is unappealing. That’s because you’ve become a hermit cowboy.
“Two isn’t enough for community.”
You’re wrong. Two is the essential number of persons joined in a family through marriage. A married couple share in a community which grows if they are blessed with children. Jesus said, “whenever two or more are gathered in my name, there I will be in their midst”. Two is enough, two is the essential minimum.
“We aren’t members of a religious order, and we don’t want to be.”
I’m not proposing that the diocesan priesthood adopts the charism or characteristics of a religious order. I’m proposing merely that the model be adjusted to accommodate and encourage Christian community through shared accommodation, meals, prayer. I’m proposing that the norm for diocesan priesthood be community living.
“I live very much in community, but I have my own house. That’s my own private space within the community with which I live and celebrate.”
I’m not buying it, Father. You’re a hermit cowboy. And you’re stubborn. And I’m not talking about you, I’m talking about the model.
“Community living is hard.”
It’s true. Living in community invades your privacy, restricts your freedom, and demands personal sacrifice, tolerance and compromise. It’s horrible stuff altogether. But I can’t believe that so many diocesan priests could be called to a hermit’s life. Why not challenge yourself to broaden your experience of Christian living for a year or two: Get together with one or two of your friends and make a bold move – challenge the bishop to facilitate a change in the accommodation arrangements. Try living together with one or two others in a Christian community for two years and see what happens. You might be surprised.
Bishops, if you are living alone I’m counting you with the hermit cowboys. If the model is going to change it needs to start with your example. You’re yearning for renewal in the Church, why not take Christian community living for a spin?