Skip to content
HomeYear of the Priest 2009–2010Priests: First Builders of the Civilization of Love 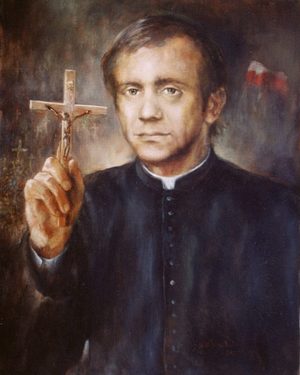 Here is the Angelus Message given by the Holy Father today, Sunday, 13 June, 2010:
Dear brothers and sisters!
Conclusion of the Year for Priests
The Year for Priests concluded a few days ago. Here in Rome we experienced some unforgettable days with the presence of more than 15,000 priests from every part of the world. So, today I would like to give thanks to God for all the good things that have come to the universal Church this year. No one could ever measure them but certainly they see them and still more they will see their fruits.
The Priest, A Gift from the Heart of Christ
The Year for Priests concluded on the Solemnity of the Sacred Heart of Jesus, which is traditionally the “day of priestly sanctification”; this time it was so in a very special way. In fact, dear friends, the priest is a gift from the Heart of Christ: a gift for the Church and for the world. From the Heart of the Son of God, overflowing with charity, there stream all the goods of the Church and in a special way it is the origin of the vocations of those men who, conquered by the Lord Jesus, leave everything to dedicate themselves entirely to the service of the people, following the example of the Good Shepherd. The priest is formed by Christ’s charity itself, that love that moved him to give his life for his friends and also to pardon his enemies. Because of this priests are the first builders of the civilization of love. And here I think of many priests, known and unknown, some elevated to the honors of the altar, others whose memory remains indelibly in the faithful, perhaps in a small parish community — as happened in Ars, that village of France where St. John Marie Vianney undertook his ministry. There is no need to add words to what has been said of him in recent months. But his intercession must accompany us from now on. May his prayer, his “Act of Love,” that we have recited so many times during the Year for Priests, continue to nourish your colloquy with God.
Blessed Father Jerzy Popiełuszko
There is another figure whom I would like to recall: Father Jerzy Popiełuszko, priest and martyr, who was proclaimed “Blessed” just last Sunday in Warsaw. He exercised his generous and courageous ministry alongside those who worked for freedom, for the defense of life and its dignity. His work in the service of goodness and truth was a sign of contradiction for the regime that governed Poland at that time. The love of the Heart of Christ led him to give his life, and his witness was the seed of a new springtime in the Church and society. If we look at history we can observe that so many pages of authentic spiritual and social renewal have been written by the contribution of Catholic priests, animated only by the passion for the Gospel and for man, for his true religious and civil liberty. How many initiatives of integral human promotion have begun in the intuition of a priestly heart!
Mary’s Immaculate Heart
Dear brothers and sisters, let us entrust all the priests of the world to Mary’s Immaculate Heart — whose liturgical memorial we celebrated yesterday — so that by the power of the Gospel they may continue to build in every place the civilization of love.