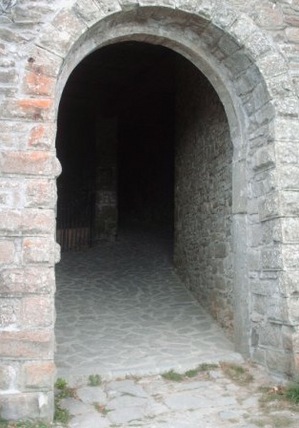 On the present occasion these two followed Him, not as those who were not again to leave Him, but to see where He dwelt, and to fulfill the Scripture: Let your foot wear out the threshold of His doors; arise to come to Him continually, and be instructed in His precepts. (Sirach 6:36-37) He showed them where He dwelt: they came and remained with Him.

What a blessed day they spent, what a blessed night! Who can make known to us those things which they heard from the Lord? Let us also build in our heart, and make a house into which He may come and teach us, and have converse with us. (Tractate on Saint John’s Gospel 7, 9)

That He May Have Converse With His Priests
This is an extraordinarily evocative text for one called to a life of Eucharistic adoration. I should like to see the passage from Sirach carved in stone over the door of the chapel of perpetual adoration that I hope to see built here: “Let your foot wear out the threshold of His doors; arise to come to Him continually.” Does this word not speak to your heart? This is what the Cenacle of the Eucharistic Face of Jesus is meant to be: “a house into which Our Lord may come and teach His priests and deacons, and have converse with them.”
An Appeal
Unfortunately, we still lack adequate financial support for the project. There have been a few generous donations, but nowhere near enough to begin construction. Who knows? Someone may read this text of Saint Augustine today and be moved to make a substantial gift toward the building of the Cenacle. I can be contacted at: cenacle at sbcglobal dot net.