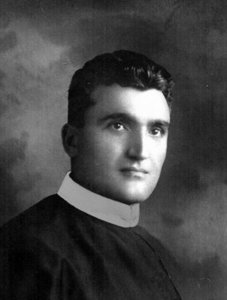 On 21 November 1951, in Kiev, Father Ivan Ziatyk, C.SS.R. was sentenced to 10 years imprisonment for “cooperating with anti-Soviet nationalistic organization and anti-Soviet propaganda”. The term was to be served in the Ozernyi Lager prison camp near the town of Bratsk in Irkutsk region. During his imprisonment, Father Ziatyk suffered terrible tortures. According to witnesses, on Good Friday 1952 Father Ivan was heavily beaten with sticks, soaked in water, and left unconscious outside, in the Siberian frost. Beating and cold caused his death in a prison hospital three days later, on 17 May 1952. He was fifty–three years old. Blessed Ivan was buried in the Taishet district of Irkutsk region. Pope John Paul II beatified him together with twenty–seven other martyrs on 27 June 2001.