Skip to content
HomePriesthoodThe terrible glory of the priesthood 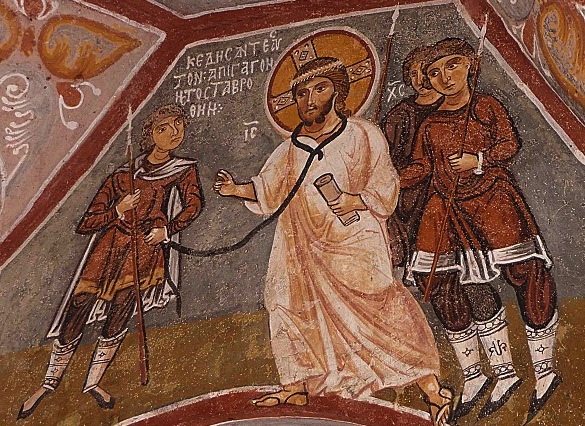 It is not only at the Last Supper and on Calvary that Jesus was a priest. He is a priest forever, inasmuch as His priesthood is coextensive with the Incarnation itself. He continues to exercise His mediatory functions without interruption. Since He is a living and substantial sacrament, He is a priest in all of His relations with God and men. As Father Salet says, “The instant the Word becomes incarnate — the Word who is at once the perfect Image of the Father and the exemplar of creation — He must of necessity be the Mediator, the religious bond between God and man, and consequently the Priest”. His ordination is the Incarnation itself. He is consecrated not by a transitory and accidental act, not by an unction received on a certain day, but by God Himself uniting Himself to His humanity and thereby conferring upon Him the incommunicable name of Christ. That is to say, He is a priest in His substance, by all that He is, by His entire being. It also means that all His actions are necessarily priestly acts.

The Ontological Nature of the Priesthood
I find this text extraordinarily helpful in coming to a better understanding of the ontological nature of my own priesthood. What is, in effect, the real meaning of the indelible character of Holy Orders if not this: that my priesthood is coextensive with my humanity and that, by virtue of my ordination, I have become a living and substantial sacrament? Once ordained, a man is a priest in all his relations with God and men. The priesthood cannot be put on like a garment and then put off at will.

Every Action Is Priestly
The instant I became a priest, a kind of incarnation took place — to use the phrase of Blessed Elizabeth of the Trinity — I began to participate in the Mediatorship of Christ, becoming a priest in my very substance, by all that I am, and by my entire being. It follows from this that all my actions are priestly actions. This is the terrible and inescapable glory of the priesthood: that it cannot be laid aside, even for a moment. The terrible glory of the priesthood can be disfigured, defiled, and dragged into the depths of the most sinful degeneracy. It remains a terrible glory: a mysterious reality that marks the priest in this life and in the next, either for his eternal beatitude or his eternal torment.