Pope Benedict XVI
Collège des Bernardins, Paris
12 September 2008
The Holy Father’s discourse today at the Collège des Bernardins (a familiar way of referring to monks of the Order of Cîteaux) in Paris, must be read in relationship to the equally masterful discourse he gave on September 9, 2007 at the Cistercian Abbey of Heiligenkreuz in Austria. The Holy Father’s presentation of the monastic culture of The Word, and of the role it played in the development of letters and of learning in Europe, is simply brilliant. I was particularly taken by His Holiness’ treatment of the birth of Christian liturgical chant: a music whose worthiness of God resounds in purity.
Built by the Sons of Saint Bernard of Clairvaux 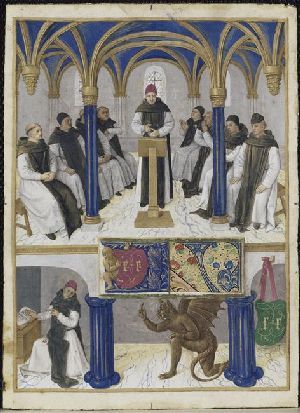