Skip to content
HomeDivine OfficeIn order that all may be in time (XIII:1) 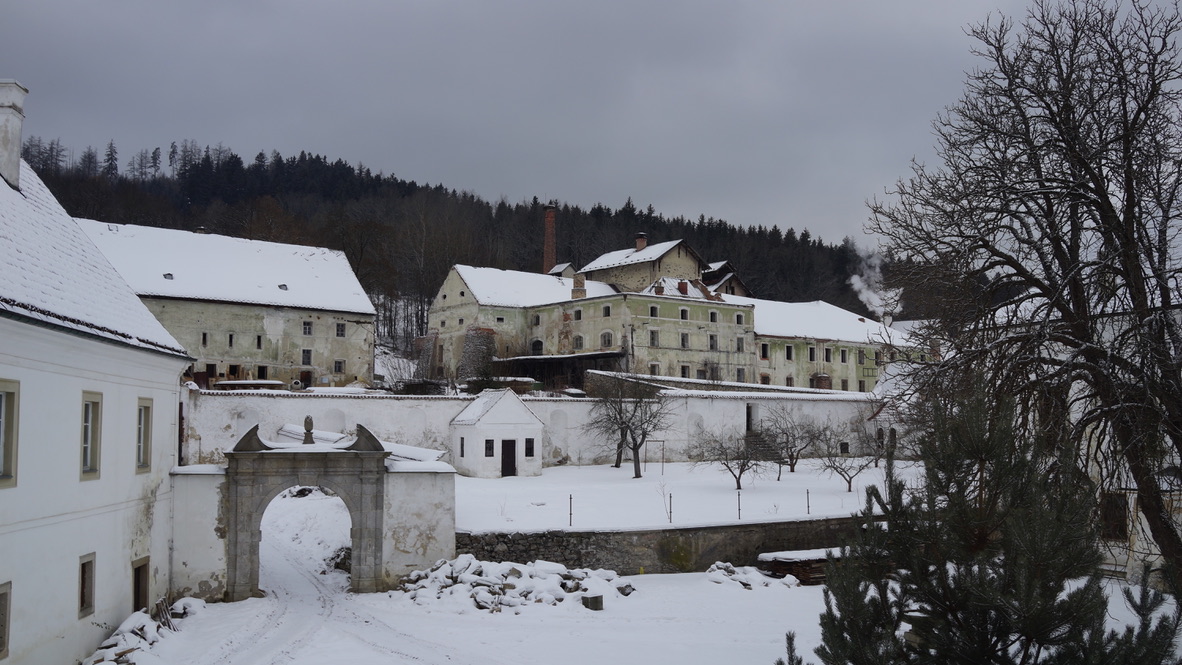 CHAPTER XIII. How Lauds are to be said on Week-days
15 Feb. 16 June. 16 Oct.
On week-days let Lauds be celebrated in the manner following. Let the sixty-sixth Psalm be said without an antiphon, as on Sundays, and somewhat slowly, in order that all may be in time for the fiftieth, which is to be said with an antiphon. After this let two other Psalms be said according to custom; that is, on Monday, the fifth and thirty-fifth: on Tuesday, the forty-second and fifty-sixth: on Wednesday, the sixty-third and sixty-fourth: on Thursday, the eighty-seventh and eighty-ninth: on Friday, the seventy-fifth and ninety-first: and on Saturday, the hundred and forty-second and the Canticle from Deuteronomy, which must be divided into two Glorias. But on the other days let canticles from the prophets be said, each on its proper day, according to the practice of the Roman Church. Then let the Psalms of praise follow, and after them a lesson from the Apostle, to be said by heart, a responsory, a hymn, a versicle, a canticle out of the Gospel, the Litany, and so conclude.

Saint Benedict says that Psalm 66 is to be said subtrahendo modice, somewhat slowly. In fact, this injunction has long been carried out by using the tonus in directum for Psalm 66. Saint Benedict adds, ut omnes occurrant ad quinquagesimum, in order that all may assemble in time for the fiftieth. This tells us two things. The first is that Psalm 50 constitutes an element of primary importance at the beginning of the monastic day; it is a moment that no one ought to miss. I explained yesterday that the Miserere is a psalm of jubilee: a way of forgiving all that is past and of beginning afresh in newness of life. The second thing is that Saint Benedict takes pains to wait for those who are delayed in coming. In the light of the rest of the Holy Rule, this is another example of Saint Benedict’s pia consideratio for the infirm and the weak. Saint Benedict does not hesitate to reprimand sluggards and lie–abeds. He is rigorous with regard to punctuality and requires that any brother arriving late for the Divine Office or for meals make satisfaction. In this instance, nonetheless, Saint Benedict shows a fatherly condescension for those who struggle to arrive on time for Psalm 50. A brother should never reason: “I am late, so I shall not go in at all. I should be embarrassed and disturb the choir. It is better that I stay outside.” Saint Benedict says clearly in Chapter XLIII:

If they were to remain outside the Oratory, some one perchance would return to his place and go to sleep, or at all events would sit down outside, and give himself to idle talk, and thus an occasion would be given to the evil one. Let him therefore enter, that he may not lose the whole, and may amend for the future.

Benedictine life is rigorous. It makes demands on a man. Punctuality is an obligation of the virtue of justice: when we are punctual for the Divine Office, it becomes an expression of the virtue of religion, and when we are punctual for Chapter, work, meals, outings, appointments, and recreation, it is an expression of the virtue of charity. All of this being said, there is a great over–arching principle here that we cannot overlook. Benedictine life does not go forward with all the monks marching on like a battalion in lockstep. Always, and in every circumstance, the abbot is to accommodate the weakness of the infirm and the impaired capacity of the man who cannot keep up with his companions. This is the application of what Saint Benedict says in Chapter LXXII:

Let them most patiently endure one another’s infirmities, whether of body or of mind. Let them vie with one another in obedience. Let no one follow what he thinketh good for himself, but rather what seemeth good for another.

The community in which these these precepts of Chapter LXXII are perfectly observed will, in effect, be a paradisus claustralis, a claustral paradise. The value of a monastery lies not in its architecture, nor in the perfection of the chant, nor in the treasures of the library and sacristy, nor in the academic laurels of the monks, nor in the income generated by its various remunerative works. The value of a monastery lies in the charity by which brethren live together in peace, forgiving one another without delay, and waiting for one another. Much of our life together obliges us to wait for another. There is in this act of patience, charity, and forbearance more than a means of beginning together. It is also a means of staying together and of arriving together in the end. Qui nos pariter ad vitam aeternam perducat. And may He bring us all alike to life everlasting (Chapter LXXII).