Skip to content
HomeRule of Saint BenedictOf those who, without leave of the Abbot, consort with the Excommunicate (XXVI) 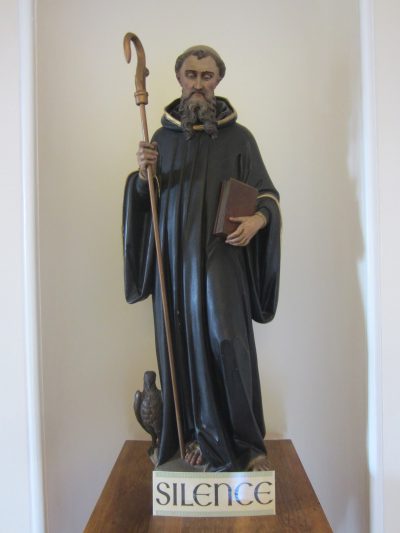 CHAPTER XXVI. Of those who, without leave of the Abbot, consort with the Excommunicate
3 Mar. 3 July. 2 Nov.
If any brother presume without the Abbot’s leave to hold any intercourse whatever with an excommunicated brother, or to speak with him, or to send him a message, let him incur the same punishment of excommunication.

Saint Benedict knows that in every community there are busybodies who interfere in the disciplinary decisions of the abbot. These are, as a rule, one of three types. (1) There is the sentimental type who sees everything in terms of subjective feelings, and who is easily moved to a false compassion. (2) There is the type who sympathises with the excommunicated brother because he harbours a secret attachment to the very sin for which the brother is being punished. (3) There is the type who is critical of all the abbot’s decisions and who, convinced that he knows better, systematically seeks to undermine whatever the abbot does. In such a matter, Saint Benedict follows Cassian’s policy:

If one of them has been suspended from prayer for some fault which he has committed, no one has any liberty of praying with him before he performs his penance on the ground, and reconciliation and pardon for his offense has been publicly granted to him by the Abbot before all the brethren. For by a plan of this kind they separate and cut themselves off from fellowship with him in prayer for this reason— because they believe that one who is suspended from prayer is, as the Apostle says, delivered unto Satan: and if any one, moved by an ill-considered affection, dares to hold communion with him in prayer before he has been received by the elder, he makes himself partaker of his damnation, and delivers himself up of his own free will to Satan, to whom the other had been consigned for the correction of his guilt. And in this he falls into a more grievous offense because, by uniting with him in fellowship either in talk or in prayer, he gives him grounds for still greater arrogance, and only encourages and makes worse the obstinacy of the offender. For, by giving him a consolation that is only hurtful, he will make his heart still harder, and not let him humble himself for the fault for which he was excommunicated; and through this he will make him hold the Elder’s rebuke as of no consequence, and harbour deceitful thoughts about satisfaction and absolution. (Institutions, Book II, Chapter 16)

It sometimes happens that an external confessor, unaware of the abbot’s reasons for treating a brother with apparent rigor and misled by the penitent’s one–sided account of the situation, will side with the offending brother against the decision of the abbot. The effects of this sort of interference in the abbot’s government and in the life of the community can be particularly divisive. Blessed Schuster warns against this sort of thing and affirms that the external confessors of monks must be well–chosen and enlightened priests who will not be manipulated by their penitents into taking positions at odds with the teaching and practice of the abbot.

It can also happen that news of the abbot’s decisions with regard to an offending brother may reach the ears of meddlesome outsiders. These, knowing neither the Rule of Saint Benedict nor the mind of the abbot, may approach the excommunicated brother with sympathy, advice, and even little gifts. Such persons should be told charitably but firmly to mind their own business.

Saint Benedict rightly expects that all the members of the community will trust the abbot’s assessment of a brother’s fault and stand behind the abbot’s disciplinary measures. As for outsiders, clerical or lay, their unenlightened interference in the abbot’s government, even when done with good intentions, can only foment division and delay the sin–sick brother’s healing and reconciliation.