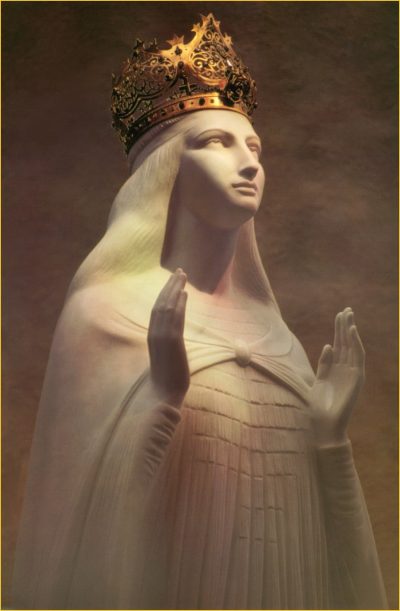 Recent events here in Ireland, as well as certain things written or spoken in political and social commentaries, compel me to reflect deeply on this 8th Degree of Humility. Certain Catholics, dismayed by the state of things in society and even in the Church, have allowed themselves to use a discourse full of invectives, bitter denunciations, and an intemperate zeal. Our Lord will not acknowledge as His own those moved by what Saint Benedict calls “a bitter zeal” (Chapter LXXII).

And he sent messengers before his face; and going, they entered into a city of the Samaritans, to prepare for him. And they received him not, because his face was of one going to Jerusalem. And when his disciples James and John had seen this, they said: Lord, wilt thou that we command fire to come down from heaven, and consume them? And turning, he rebuked them, saying: You know not of what spirit you are. The Son of man came not to destroy souls, but to save. And they went into another town. (Luke 9:52–56)

The Kingdom of God is not served by clamourous discourses and bitter reclamations. Even in impassioned public debate, disciples of the Lamb will avoid a contentious tone. Silence is the way of Jesus, meek and humble of heart, concerning whom the prophet Isaias said:

He shall be led as a sheep to the slaughter, and shall be dumb as a lamb before his shearer, and he shall not open his mouth. (Isaias 53:7)

One can never contemplate enough the meekness of Our Lord, a meekness in the midst of men that He willed to perpetuate in the silence of the Host:

Behold my servant whom I have chosen, my beloved in whom my soul hath been well pleased. I will put my spirit upon him, and he shall shew judgment to the Gentiles. He shall not contend, nor cry out, neither shall any man hear his voice in the streets. (Matthew 12:18–19)

How can one hear this prophecy and not recognise its fulfillment in the silence of the Host hidden in the tabernacles of the world? The Deus Absconditus (Hidden God, cf. Isaias 45:15) of the tabernacle neither contends, nor cries out, nor shall any man hear His voice in the streets.

And what of us monks, figli dell’Ostia all’Ostia, sons of the Host for the Host? Saint Benedict says that a monk is to prefer silence to speech, but when he does speak, he is to “do so gently and without laughter, humbly, gravely, with few and reasonable words”. A son of Saint Benedict will not be noisy in his speech nor will his conversation be strident, harsh, or hurtful. A certain meekness, humility, reticence, and nobility of style ought always characterise the discourse of a monk, be it spoken or written. When a monk goes down into the public arena, or accepts an invitation to speak, or puts his pen to paper, or his fingers to the keyboard, he risks losing the adoring silence that, more than anything else, is constitutive of his vocation. For this reason, Saint Benedict says, “A wise man is known by the fewness of his words”.

I myself, being of a passionate and ebullient nature, have, in the past, been carried away in speaking and writing. How much I regret every excess of speech and every intemperate word! One must make reparation for such sins by applying oneself to silence in the presence of the Lamb, for such silence repairs the damage done by too many words. At the same time, it is only reasonable that a monk should love language and seek to use words reverently and rightly, and this because all words refer to The Word and derive their truth from Him. Read Dom Jean Leclercq’s classic, The Love of Learning and the Desire for God, on this very point.

I have been pondering the wondrous apparition at Knock on the evening of August 21, 1879. Surely the Immaculate Mother of God came to this island home of ours to bring us a message. Could not the message of Knock be more for today than yesterday? Our Lady was silent; her hands and her eyes were raised to heaven. Our Lady of Knock is the icon of the Ecclesia Orans, the Church–in–Prayer; the Blessed Virgin Mary’s whole demeanour images the monastic vocation to ceaseless prayer. And what more can I say of the silence of the Lamb upon the altar?

At the present hour, Ireland stands in need of much silence and prayer. What men have not been able to achieve, or correct, or restore, God can achieve, correct, and restore by the secret action of His grace in even a few souls utterly abandoned to Him in prayer. The soul who allows herself to be repaired by abiding quietly in the presence of the Lamb, becomes the entrance point of a powerful grace of reparation for the whole Church and, especially, for the most broken and diseased members of the Body of Christ. The remedy for the wounds of the Church in Ireland and in every place is a profound humility, an adoring silence before the Host, and a prayer of reparation. One victim soul abiding humbly and silently before the Host does more good than a thousand militant crusaders. Our Lord will repair the Church in Ireland through the humility and hiddenness of little souls drawn by grace into the silence of the Lamb, that is, into the silence of the Host. The prophetic message of Knock is what His Eminence, Cardinal Sarah, calls la force du silence, the power of silence. In the present hour of cosmic spiritual combat, adoring silence is the Church’s most powerful arm.

Finally, brethren, be strengthened in the Lord, and in the might of his power. Put you on the armour of God, that you may be able to stand against the deceits of the devil. For our wrestling is not against flesh and blood; but against principalities and powers, against the rulers of the world of this darkness, against the spirits of wickedness in the high places. (Ephesians 6:10–12)