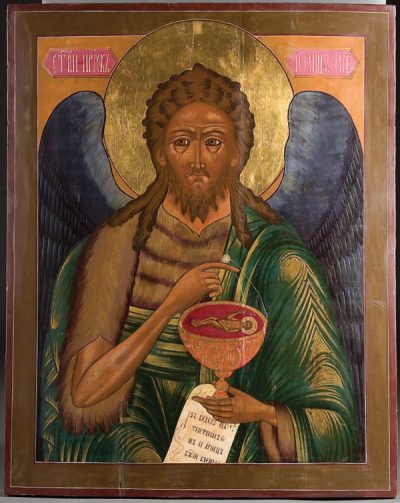 Who is this Puer Samuel? He is one of those of whom the psalmist sings, Laudate, pueri, Dominum; laudate nomen Domini. Praise the Lord, ye children: praise ye the name of the Lord. (Psalm 112:1). He is one of those of whom we read in Genesis, Exaudivit autem Deus vocem pueri, God heard the voice of the boy (Genesis 21:17) and again, Exaudivit enim Deus vocem pueri de loco in quo est (Genesis 21:17).

The word puer figures in the Roman Canon, where it refers to Abel and to his offering: púeri tui justi Abel. In the story of Abraham called to sacrifice Isaac, Isaac is called filius in every instance save one. Only the Angel of the Lord, speaking from heaven, designates Isaac as puer; in this way, a thread of continuity continues unbroken.

In the story of the Isaac and Rebecca, the lad sent to ask that Rebecca be given in marriage to Isaac is also called puer, that is, a messenger boy. When the messenger boy receives the consent of Laban and Bathuel (Rebecca’s brother and father) he falls down to the ground and adores the Lord.

This is, I think, one of the most evocative phrases in the whole dramatic story. The union of Isaac and Rebecca is greeted and, in some way, sealed in advance by the adoration of the puer, the messenger boy. This passage sends us to another messenger boy, the one to whom the ecstatic old father Zachary sings:

Et tu puer, propheta Altissimi vocaberis: præibis enim ante faciem Domini parare vias ejus.
And thou, child, shalt be called the prophet of the Highest: for thou shalt go before the face of the Lord to prepare His ways. (Luke 1:76)

All of these appearances and re–appearances of the mystic puer—and there are many more besides—point to the One of whom we sing in the Mass of Christmas Day:

Puer natus est nobis, et filius datus est nobis: cuius imperium super humerum eius: et vocabitur nomen eius, magni consilii Angelus.
To us is born a child and to us is given a son: His dominion is on His shoulders: and He will be called angel of great counsel. (Isaias 9:6)

Samuel, ministering to the Lord in the temple at Shiloh, and clinging to the precious word of the Lord points to Christ who says:

I came down from heaven, not to do my own will, but the will of Him that sent me. Now this is the will of the Father who sent me: that of all that he hath given me, I should lose nothing. (John 6:39).

Again, the child of Agar crying out to God from beneath the tree, and heard by God, points to Christ beneath the olive trees of Gethsemani, who, as the Apostle says:

In the days of his flesh, with a strong cry and tears, offering up prayers and supplications to Him that was able to save Him from death, was heard for His reverence. (Hebrews 5:7)

Isaac, destined for sacrifice on Mount Moriah, points to the true puer, the Lamb concerning whom, Saint John the Baptist says:

Behold the Lamb of God, behold him who taketh away the sin of the world. (John 1:29)

It is noteworthy that in certain icons, the Holy Forerunner is depicted with this very inscription: “Behold the Lamb of God who taketh away the sin of the world”. In his right hand he holds a diskos (or paten). On the diskos rests, not the figure of a lamb, nor the bread of the Holy Oblation, but the figure of a small child. It is the puer offered in sacrifice, the puer become the lamb, in fulfillment of the words that Abraham spoke in prophecy to Isaac on Mount Moriah:

Isaac said to his father: My father. And he answered: What wilt thou, son? Behold, saith he, fire and wood: where is the victim for the holocaust? And Abraham said: God will provide himself a victim for an holocaust, my son. (Genesis 22:7–8)

The messenger–boy sent to arrange the marriage of Isaac and Rebecca, who falls to the ground in adoration, also points to Christ who, prostrate on the ground in Gethsemani, adores the will of His Father, and so prepares His union with the true Rebecca, His Bride, the Church.

Finally, there is a reappearance of Saint John the Baptist: he is the puer who, already in his mother’s womb announced by a leap of joy the advent of the One concerning whom he will hear the Father say: “Thou art my beloved Son; in thee I am well pleased”.

And the Holy Ghost descended in a bodily shape, as a dove upon him; and a voice came from heaven: Thou art my beloved Son; in thee I am well pleased. (Luke 3:22)

All of these foreshadowings and figures point to Him, the Puer natus nobis, who says:

I was with Him forming all things: and was delighted every day, playing before Him at all times; playing in the world: and my delights were to be with the children of men. (Proverbs 8:30–31)

Not for nothing does the tradition assign to Corpus Christi and to the days of its Octave the Preface of the Nativity. It is all of a piece: the whole being refracted in every part, and every part giving its own splendour to the radiance of the whole:

By the mystery of the Word made flesh, the light of Thy glory hath shone anew upon the eyes of our mind: that while we acknowledge Him to be God seen by men, we may be ravished by Him to the love of things unseen.

Unless you be converted, and become as little children, you shall not enter into the kingdom of heaven. (Matthew 18:3)