The Anniversary of a Heavenly Friend
February 3rd is the 68th anniversary of the death of one of my dearest heavenly friends: Mother Yvonne-Aimée de Jésus (Yvonne Beauvais), Augustinian Canoness, Hospitaller of the Mercy of Jesus, of the Monastery of Malestroit in Brittany, France. Born in 1901, Mother Yvonne-Aimée died, after a life of extraordinary love and extraordinary suffering, at 49 years of age on 3 February 1951. On the very day of her death she was preparing to undertake a visitation of the monasteries of her Order in South Africa.

Beloved of Jesus
Yvonne Beauvais’ life was indescribably rich . . . in bitter sufferings and in the most astonishing charisms. From the time of her girlhood she knew of Our Lord’s tender love for her. She believed in it. She trusted it, and she staked her life upon it. At the age of eleven Yvonne offered herself and her whole life to Jesus, writing in what appears to be her own blood: “O my little Jesus, I give myself to Thee completely and forever. I shall always want what Thou shalt want. I shall do all that Thou shalt tell me to do. I shall live for Thee, I shall live in silence, and if it be Thy will, I shall suffer much in silence. I beg Thee to make me become a saint, a very great saint, a martyr. Make me always faithful. I want to save many souls and to love Thee more than everyone else, but I also want to be very little so as to give Thee more glory. I want to possess Thee, my little Jesus, and to shine with Thee. I want to belong to Thee alone but, above all, I want Thy will.”  Yvonne was, in the truest sense of her name in religion, the Beloved of Jesus.

An Intercessor
Mother Yvonne-Aimée’s intercession is swift and powerful. From her place in heaven she is attentive to all the prayers addressed to her. Ever a Hospitaller of the Mercy of Jesus, she responds graciously, willingly, generously, and promptly to those who ask her for help. In a word, she is in heaven as she was on earth: a dispenser of tenderness, mercy, healing, and joy. Mother Yvonne–Aimée’s  spiritual son, Father Paul Labutte, borrowing a line from the famous French literary critic, Charles du Bos, said of her, with all due proportion, what Du Bos said of Our Lady: “There will never be but one way to come to know her; it is by addressing her. No sooner does one call upon her than she reveals herself by answering.” Personally, I can attest that this is true.

A Victim of Violence
It is all to the credit of her spiritual son, Father Paul Labutte, that, after more than fifty years of silence, he chose to reveal one of the most painful secrets of her life. On 10 August 1925, three men ambushed Yvonne Beauvais, then twenty-four years old, in the Paris suburb of Boulogne-Billancourt. The three men beat Yvonne, and tortured her. One of the three was a depraved priest, whom she had previously tried to help by addressing to him a warning from Our Lord. The reprobate priest later repented of his crime and was converted. Father Labutte chose to write of this episode in the life of Yvonne-Aimée, believing that victims of similar crimes would take comfort in seeking the intercession of one with a personal experience of their suffering. 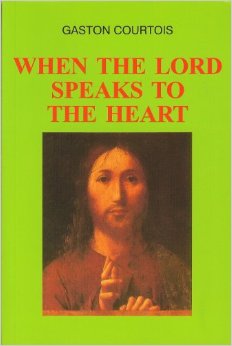 Her Care for Priests
Beginning in her early twenties, Yvonne Beauvais had a particular mission to priests. Ever respectful and discreet, she was sensitive to priests in moral distress and in temptation. She readily took on herself the temptations and sufferings of priests. She calmed many a troubled conscience, dispensed wise motherly advice, and communicated joy and hope to priests haunted by depression and tempted to despair. Many times she was sent by Our Lord to deliver a message to priests in the throes of temptation or spiritual combat. To my brother priests and, in particular to those among them enduring emotional or spiritual sufferings, as well as to those struggling with depression and weariness, I recommend recourse to the intercession of Mother Yvonne-Aimée.

Only those who were very close to her know to what point she suffered, in a great spirit of Redemption, most especially for priests.

The Impressions of Two Great Abbots
According to her spiritual son, Father Paul Labutte, Dom Marie-Gabriel Sortais (1902-1963), Abbot General of the Trappist Order (O.C.S.O.) considered Mother Yvonne–Aimée a great Superior who built all her work on the rock of faith. Dom Sortais remarked Mother Yvonne-Aimée’s gift for pacifying and opening up souls; he kept her photo on his desk.

Mother Yvonne–Aimée rightly esteemed the choral celebration of the Divine Office. She fostered the beauty of the Divine Office’s sacred choreography, seeing to the good order and harmony of the community’s entrance into choir, the profound inclinations made together at each Gloria Patri, and the signs of the cross done slowly and reverently. She said, “Pray by making these movements together! This harmony pleases the Lord and touches many souls! The Angels praise the Lord alongside you and sing with you!”

My Own Experience
About thirty–five years ago, after having tried for a very long time, as most monks do, to practice the ceaseless prayer of the heart, I came, providentially, upon a rare and out–of–print biography of Mother Yvonne-Aimée, and learned of her Little Invocation, O Jesus, King of Love, I trust in thy merciful goodness. One day, kneeling before the Blessed Sacrament without trying to think of anything in particular, I realized, to my surprise, that the prayer was repeating itself ceaselessly and effortlessly in my heart. I found myself praying the Little Invocation at every waking moment and even during the night, in a way similar to the practice of the “Jesus Prayer” by monks of the Eastern Church. Over the years, the grace of ceaseless prayer by means of the Little Invocation has not abated. It is always there: a gentle murmur of confidence bubbling up deep inside.

As a newly-ordained priest, I often gave the Little Invocation as penance to those who came to me for Confession. Individuals from all walks of life began attesting to the graces received: graces of inner healing, of victory over persistent and deeply rooted habits of sin, of trust in the mercy of Christ, and of a ceaseless prayer of the heart. I still recommend the Little Invocation to penitents for, as we chant during Holy Week, “The mercies of the Lord never weary; hope rises with the dawn, for the Lord is faithful” (Lamentations 3:22–23). 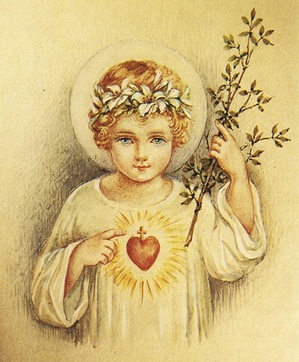 The Little Invocation Approved by the Church

O Jesus, King of Love,
I  trust in thy loving mercy.

Mother Yvonne-Aimée received the inspiration of the Little Invocation on August 28, 1922. Within the community at Malestroit, the prayer brought about healing and the restoration of unity in charity. Immediately the invocation began to spread, first in certain communities of her own Order and among their hospital patients, and then on a wider scale. Before long, persons praying the Little Invocation began witnessing to the graces and favours they received.

In 1932 the Bishop of Vannes, France, approved the prayer for his diocese. The following year, Pope Pius XI indulgenced it for the Augustinian Canonesses of the Mercy of Jesus, for their sick and for all those hospitalized in their health care facilities. Pope Pius XII renewed the favour, and on December 6, 1958, Pope John XXIII extended it to the universal Church.

Mother Yvonne-Aimée cherished the Little Invocation to Jesus, King of Love; she wanted to make it known and see it spread because such was Our Lord’s own desire. In a letter requesting that Pope Pius XI indulgence the prayer, she wrote:

It is so sweet, so strong, so rich, this little invocation . . . This invocation is appreciated by the sick; it consoles them. They love this prayer because it appeals to the Kingship of Christ Jesus, to His Love, His Mercy, His Goodness; in some way, it compels us to trust. It condenses our familiar invocations to the Sacred Heart and sums them.

The Image of the King of Love
In 1927, Mother Yvonne-Aimée had little cards printed in order to spread the prayer. In 1940, during World War II, in order to make the prayer even better known and loved, she had a medal struck. She drew an image of the Child Jesus, King of Love, which has since been distributed around the globe. Her drawing is naive and sweet; let the art critics say what they will, it appeals to the little and the poor, to the weak and the fearful, and has a way of touching their hearts.

Mother Yvonne-Aimée had but one aim: to draw souls to trust in the Heart of the Child King, to hope in His merciful goodness, and to abandon to Him all their worries, their fears, their cares, and even their sins. This remains her aim, even today, from her place in heaven. Ask for her help. You will not regret it.