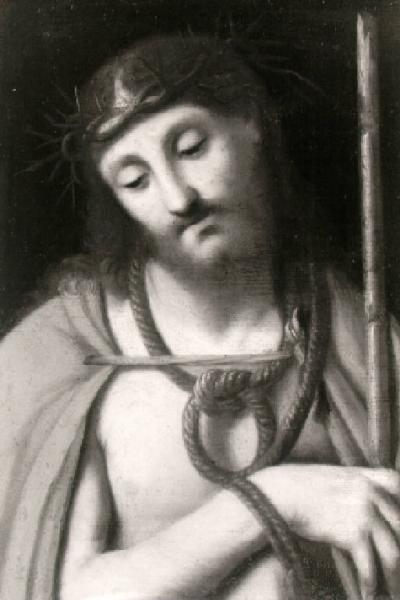 When Abbot Celestino Maria Colombo (1874–1935) described his vision for Benedictine monks who would prolong the solemn celebration of the Work of God in a silent priestly work of adoration and reparation before the Most Blessed Sacrament, he called them figli dell’Ostia all’Ostia, sons of the Host for the Host. The silence of the Host is an infinite mystery: it expresses all that Saint John discloses in his Prologue, and all that he says at the end of his Gospel:

He shall not cry, nor have respect to person, neither shall his voice be heard abroad. (Isaias 42:2)

Our Lord’s describes Himself in words that fulfil the prophecy of Isaias:

The eleventh degree of humility is the next–to–last touch on the likeness of Christ in a monk. It brings a monk closer to the silence of Jesus in His Passion and in the Sacred Host: