Skip to content
HomeMonasticIn the house of them that loved Me (LIII:2) 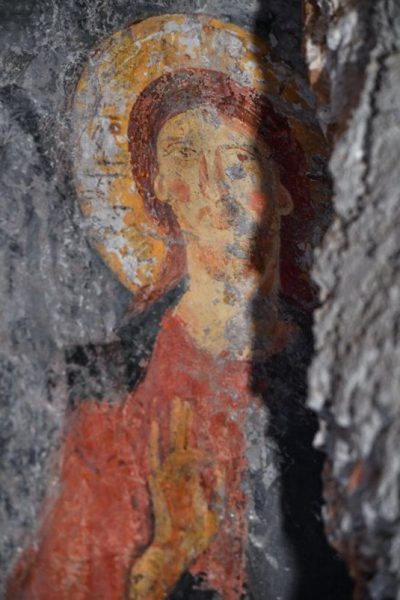 CHAPTER LIII. Of receiving Guests
4 Apr. 4 Aug. 4 Dec.
Let all guests that come be received like Christ Himself, for He will say: “I was a stranger and ye took Me in.” And let fitting honour be shewn to all, especially to such as are of the household of the faith, and to strangers. When, therefore, a guest is announced, let him be met by the Superior or the brethren, with all due charity. Let them first pray together, and thus associate with one another in peace; but the kiss of peace must not be offered until after prayer, on account of the delusions of the devil. In this salutation let all humility be shewn. At the arrival or departure of all guests, let Christ – who indeed is received in their persons – be adored in them, by bowing the head or even prostrating on the ground.

When the guests have been received, let them be led to prayer, and then let the Superior, or any one he may appoint, sit with them. The law of God is to be read before the guest for his edification; and afterwards let all kindness be shewn him. The Superior may break his fast for the sake of the guest, unless it happen to be a principal fast-day, which may not be broken. The brethren, however, shall observe their accustomed fasting. Let the Abbot pour water on the hands of the guests; and himself, as well as the whole community, wash their feet after which let them say this verse: “We have received Thy mercy, O God, in the midst of Thy Temple.” Let special care be taken in the reception of the poor and of strangers, because in them Christ is more truly welcomed. For the very fear men have of the rich procures them honour.

5 Apr. 5 Aug. 5 Dec.
Let the kitchen for the Abbot and guests be apart by itself; so that strangers, who are never wanting in a monastery, may not disturb the brethren by coming at unlooked-for hours. Let two brothers, who are well able to fulfil the duty, be placed in this kitchen for a year; and let help be afforded them as they require it, so that they may serve without murmuring. When they have not much to occupy them there, let them go forth to other work, wherever they may be bidden. And not only with regard to them, but in all the offices of the Monastery, let there be such consideration shewn, that when there is need of help it may be given them; and that when they are without work, they do whatever they are commanded. Let the care of the guest-house, also, be entrusted to a brother whose soul is possessed with the fear of God: let there be sufficient beds prepared there and let the house of God be wisely governed by prudent men. Let no one, except he be bidden, on any account associate or converse with the guests. But if he chance to meet or to see them, after humbly saluting them, as we have said, and asking their blessing,* let him pass on, saying that he is not permitted to talk with a guest.

It is recounted that in a certain great abbey of France, renowned for the beauty of the chant and for a strict observance of the Holy Rule, there was a monk who daily offered the Holy Sacrifice with devotion and tears. So great was this monk’s desire to eat and drink the Body and Blood of the Lord that towards the end of Matins he could think of nothing else. As soon as Matins ended, he would nearly run to the sacristy and, having vested, go with all speed to the altar to which he was assigned. This he did for over thirty years.

On one occasion, while this monk was prolonging his thanksgiving after Holy Mass and tasting inwardly the sweetness of the Holy Mysteries that he had received, a brother came to him and said, “Forgive me, Father, for disturbing your thanksgiving, but Father Abbot sent me to you to ask you to go straightaway to the guesthouse. A guest has arrived unannounced. He is weary from his journey and weak from hunger for he has traveled all night taking neither refreshment nor rest.” Without speaking a word (for it was the Great Silence), the Father nodded his head to say, “I shall go,” and then returned to his thanksgiving, saying to himself, “I am with Christ. Christ is in me. The visitor can wait until I finish my thanksgiving. We monks must not allow ourselves to be disturbed by feckless pilgrims who give no advance notice of their arrival and then expect to be welcomed, and fed, and shown to a comfortable room. Such people take no thought of our monastic life nor of the inconvenience they cause us.”

The Father tried to return to his thanksgiving but all the sweetness went out of it. He began to feel strangely empty, and cold. The devotion that he had always enjoyed seemed to drain out of him until there was nothing of it left. Shaking his head in an attempt to make sense of this inward change, he said to himself, “Ah, there is nothing for it but to end my thanksgiving now and go to see this guest whose arrival has disturbed my recollection. I shall not fail to tell him that he should have arranged to come at a more opportune time, and should have alerted the guestmaster in advance, and made a proper reservation, and not shown up during the Great Silence. Yes, I shall advise him of all these things, for he has troubled the Lord Abbot, and inconvenienced the brother sent to me, and so distracted me from my thanksgiving that I am quite unable to continue in it.” Thinking these thoughts and murmuring the whole way, he went to the guesthouse, barely able to conceal his annoyance. There he caught sight of the man, sitting on the doorstep of the guesthouse with his back leaning against the wall. A wide brimmed hat nearly covered his eyes, leaving visible his beard and long hair. His backpack lay next to him.

Before the monk had time to speak to the him, the stranger rose, and removing his hat with a courteous gesture of reverence and greeting, bowed before the monk, saying, “Forgive me, Father, for I have troubled you and interrupted your prayer.” As the monk looked at the stranger, he saw tears streaming from his eyes. Then, in a fleeting instant, he caught sight of his hands and, looking down, noticed the stranger’s sandaled feet. They were wounded. “What are these wounds?” he asked. The stranger, meeting his gaze with an indescribable sorrow, said, “With these I was wounded in the house of them that loved Me.” And he disappeared.