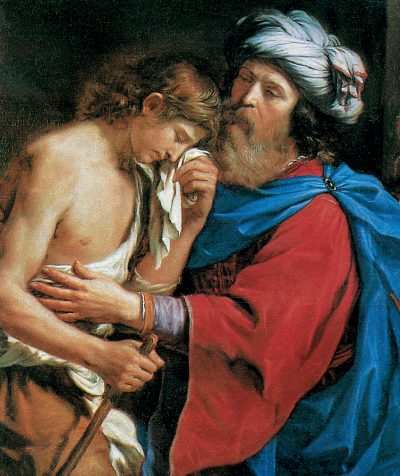 CHAPTER XXIX. Whether the Brethren who leave the Monastery are to be received again
6 Mar. 6 July. 5 Nov.
If any brother who through his own fault departeth or is cast out of the Monastery, be willing to return, let him first undertake to amend entirely the fault for which he went away; and then let him be received back into the lowest place, that thus his humility may be tried. Should he again depart, let him be taken back until the third time: knowing that after this all return will be denied to him.

Sadly, it sometimes happens that a monk is overcome with nostalgia for life in the world. It is a sad old tale. I often recommend Psalm 72 as the antidote for temptations of this sort.Psalm 72 is the prayer of a man whose heart is set on God alone; nonetheless, looking around he sees godless men, “the beautiful people,” prospering, going from strength to strength, and enjoying to the full all that this life has to offer.

Not for these to share man’s common lot of trouble; the plagues which afflict human kind still pass them by. No wonder if pride clings to them like a necklace, if they flaunt, like fine clothes, their wrong-doing. From those pampered hearts what malice proceeds, what vile schemes are hatched! Ever jeering, ever talking maliciously, throned on high they preach injustice; 9 their clamour reaches heaven, and their false tales win currency on earth. Enviously the men of my own race look on, to see them draining life’s cup to the full; Can God, they ask, be aware of this? Does the most High know of all that passes? Look at these sinners, how they live at peace, how they rise to greatness! (Psalm 72:5–12)

The psalmist begins to question his own life. Have all his efforts to love God and walk in the way of His commandments been a great deception? Would he not do better to forsake this following after an illusion before he becomes too old to enjoy this life’s pleasures?

Why then, thought I, it is to no purpose that I have kept my heart true, and washed my hands clean in pureness of living; still, all the while, I am plagued for it, and no morning comes but my scourging is renewed. Was I to share their thoughts? Nay, that were to put the whole company of thy children in the wrong.

Only when the psalmist betook himself to the Temple, to the abode of God and the place of His presence, did the psalmist begin to understand and to see things rightly again. Prayer does not come easily to him. He knows how to do only one thing: he remains there—all dumbness, all ignorance—standing like a brute beast in God’s presence, and waiting on God to answer him.

I set myself to read the riddle, but it proved a hard search, until I betook myself to God’s sanctuary, and considered, there, what becomes of such men at last. The truth is, thou art making a slippery path for their feet, ready to plunge them in ruin; in a moment they are fallen, in a storm of terrors vanished and gone. And thou, Lord, dost rise up and brush aside all their imaginings, as a waking man his dream. What if my mind was full of bitterness, what if I was pierced to the heart? I was all dumbness, I was all ignorance, standing there like a brute beast in thy presence.

Then comes the light. In a moment of grace, the psalmist sees clearly again, and he prays:

Yet ever thou art at my side, ever holdest me by my right hand. Thine to guide me with thy counsel, thine to welcome me into glory at last. What else does heaven hold for me, but thyself? What charm for me has earth, here at thy side? What though flesh of mine, heart of mine, should waste away? Still God will be my heart’s stronghold, eternally my inheritance. Lost those others may be, who desert thy cause, lost are all those who break their troth with thee; I know no other content but clinging to God, putting my trust in the Lord, my Master; within the gates of royal Sion I will be the herald of thy praise.

Psalm 72 describes the classic temptation of the monk who, looking over the enclosure wall, imagines that there awaits him a better life, a happier life, a life free from restraints and burdens. The monk may begin to remember things from his past: the pleasures of which he partook, and moments of happiness, intimacy, and comfort. Like the children of Israel in the desert, he may find himself hankering after the luscious fare of Egypt.

For a mixt multitude of people, that came up with them, burned with desire, sitting and weeping, the children of Israel also being joined with them, and said: Who shall give us flesh to eat? We remember the fish that we ate in Egypt free cost: the cucumbers come into our mind, and the melons, and the leeks, and the onions, and the garlic. Our soul is dry, our eyes behold nothing else but manna. (Numbers 11:4–6)

Temptations such as these are as old as the Desert Fathers.

Once a brother came to a hermit and said, ‘My brother keeps leaving me, and goes travelling everywhere: and I am upset about it.’ The hermit said, ‘Bear it calmly, brother. God will see your earnestness and endurance and will bring him back to you. It is not possible for a man to be recalled from his purpose by harshness and severity; demon cannot drive out demon. You will bring him back to you better by kindness. That is how God acts for our good, and draws us to himself.’

He told him this story: In the Thebaid were two brothers. When one of them began to suffer lust, he said to the other: ‘I am going back to the world.’ The other wept and said, ‘I won’t let you go away, my brother, to lose your toil and your chastity.’ But he refused to listen and said, ‘I am not staying here: I am going. Either come with me, and I will return with you, or let me go, and I will remain in the world.’ The brother came and told this to a great hermit. The hermit said to him, ‘Go with him, and because of your effort, God will not let him perish.’ So he went with him to the world. When they came to a village, God looked on the efforts of him who followed his brother out of love and took away the other brother’s passion. He said to his brother, ‘Let us go back to the desert, my brother. Look, I imagine that I have already sinned with a woman and what have I got out of it?’ So they returned to their cell unharmed.

The prodigal son succumbed to the temptation to leave the Father’s house and return to the world in search of happiness. What did find instead?

And he went and cleaved to one of the citizens of that country. And he sent him into his farm to feed swine. And he would fain have filled his belly with the husks the swine did eat; and no man gave unto him. (Luke 15:15-16).

In that moment of utter dejection and misery, the son, by an inward movement of grace came to himself:

And returning to himself, he said: How many hired servants in my father’s house abound with bread, and I here perish with hunger? I will arise, and will go to my father, and say to him: Father, I have sinned against heaven, and before thee. (Luke 15: 17–18)

Even if a monk should be overcome by the deceits of the devil and run away from his monastery, Saint Benedict would have him be welcomed back, and this up to three times, giving the troubled monk every opportunity to begin afresh and to recover the “unspeakable sweetness of love” that is reserved for one who “perseveres in the monastery until death, participating all the while by patience in the sufferings of Christ” (Prologue).