Skip to content
HomeAdoration of the Most Holy Sacrament of the AltarThe reproach of men and the outcast of the people (VII:11) 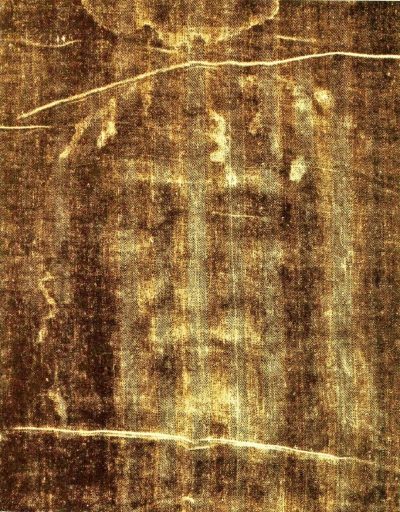 4 Feb. 5 June. 5 Oct.
The seventh degree of humility is, when, not only with his tongue he declareth, but also in his inmost soul believeth, that he is the lowest and vilest of men, humbling himself and saying with the Prophet: “But I am a worm and no man, the reproach of men and the outcast of the people” (Ps 21:7). “I have been exalted and humbled and confounded” (Ps 87:16). And also: “It is good for me that Thou hast humbled me, that I may learn Thy commandments” (Ps 118:71,73).

The seventh degree of humility begins with what I take to be an oblique allusion to Isaias’ portrait of the Suffering Servant:

Despised, and the most abject of men, a man of sorrows, and acquainted with infirmity: and his look was as it were hidden and despised, whereupon we esteemed him not. (Isaias 53:3)

A monk must be content to be identified with Jesus, “despised, and the most abject of men, a man of sorrows, and acquainted with infirmity.” The seventh degree of humility would have a monk identify with what Mother Mectilde calls “the states of the Host.” What are these states? Writing in Le véritable esprit (The True Spirit), a spiritual handbook for her Benedictines, Mother Mectilde enumerates twenty–four of them. In each of them one discovers, in some way, how Our Lord is “as it were hidden and despised” in the Sacrament of HIs Love. The phrases from the Psalms that Saint Benedict uses in the seventh degree of humility refer first to the humility of Our Lord in His bitter Passion and in the dereliction of the Most Holy Sacrament of the Altar. Saint Benedict first quotes Psalm 21, the very psalm that Our Lord intoned from the Cross. Then, he quotes Psalm 87, astonishing in its description of the desolation that surrounds so many tabernacles. Psalm 87 ends, in the translation of Monsignor Knox, with this terrible verse: “Friends and neighbours gone, a world of shadows is all my company” (Psalm 87:19).

Many years ago, I read a few lines written by a French Benedictine of Jesus Crucified who died in 1944, and what she wrote has stayed with me. I have kept it in my heart. Nothing, said this religious, “repaired” her soul like the contemplation of the Holy Face. In 1940 she wrote:

I have need of prayer in the same way one has need of recuperating physically. Time passes quickly close to Him. It is not that I feel anything, it is enough to know that I am held in His gaze, enough to believe in His love. (Mère Marie-Thérèse Bonnin)

Not until a man knows that he is broken, can he present himself before the Eucharistic Face of Jesus to be repaired. In fact, I believe that there are some souls, and I number myself among them, who can only be repaired there and in that way. Every other means will fall short, leaving such souls disappointed and open to further fragmentation. It is only when souls of this sort surrender to the repairing action of the Host that they will begin to emerge from the world of shadows, alienation, and brokenness that has befallen them by their own sins, or as a consequence of the sins of others, or by what is more often the case, an incapacitating mixture of both. Why is this so? I do not have the answer to this question. I only know, and I know it with absolute certainty, that Our Lord brings certain souls into the radiance of His Eucharistic Face, and to monasteries such as ours, because He desires to repair these souls in this way and not in any other way. It is as if He has reserved their liberation and healing to Himself, hidden in the Sacrament of His Love. Some of us may even be astonished to learn in heaven that it pleased Our Lord to bring this monastery into existence just for us. It is not too much for God to bring a whole monastery into being for one soul because what that one soul needs can be found nowhere else.

There are souls who resist this way of being repaired; they want to be repaired in another way and on their own terms. Our Lord will wait. He will not impose Himself, but He will so work in the lives of such souls that, at length,  they will see that there is but one way of being repaired, and it is my casting themselves — and their pride, and their reasonings, and their resistances — at the foot of the altar. They may need to remain there motionless and silent for a long time before He begins to act. They may need to return there again and again. But it is by remaining there, in the state described by the verses set forth by Saint Benedict in this seventh degree of humility, that they will be repaired: