Skip to content
HomeRule of Saint BenedictTo remember what he is called (II:1) 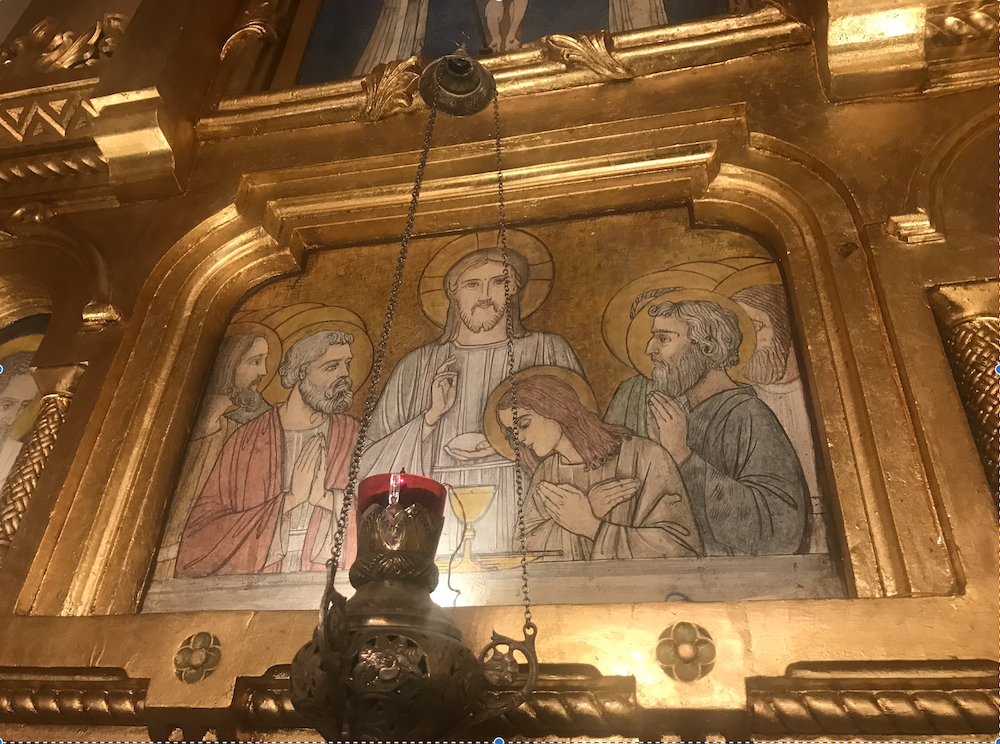 The name abbot (abbas) was given in antiquity to any monk known for holiness of life and wisdom. The Desert Fathers used the name to express veneration and a willngness to listen. It was, then, normal for the same name to be given to the Father set over the household of the monastery; he begets sons by the power of the Word of God, cares for them in their infirmities “whether of body or of mind”, corrects their bad habits, and presides over their prayer. Saint Basil says that anyone who has begotten another through the Gospel should be called “Father.” Imitating Christ who says, “he that seeth me seeth the Father also” (John 14:9), the abbot submits to the action of the Holy Ghost in order to reveal the Father, and this not withstanding his own infirmities and miseries.

The Holy Ghost also rests upon the community, giving the brethren an unanimous desire to recognise in the one set over them one who “holds the place of Christ” as an image of the fatherhood of God. “And because you are sons, God hath sent the Spirit of his Son into your hearts, crying: Abba, Father” (Galatians 4:6). It may be said that, in the monastic life, it is the sons who call forth the grace of fatherhood in the abbot. Christ is the second Adam and the patriarch of a new humanity whose birth comes, as we hear each day in the Last Gospel, “not of blood, nor of the will of the flesh, nor of the will of man, but of God” (John 1:13). In the Gospels, Our Lord, addresses His disciples as “children.”

In the prophecy of Isaias that we read at Christmas Matins, Our Lord Jesus Christ is announced as Pater futuri sæculi, the Father of the world to come.

For a child is born to us, and a son is given to us, and the government is upon his shoulder: and his name shall be called, Wonderful, Counsellor, God the Mighty, the Father of the world to come, the Prince of Peace. (Isaias 9:6)

When Christians of the first centuries gave to Christ the sweet name of Father, it expressed the same reality that, in later ages, came to be associated with devotion to Sacred Heart of Jesus. All in Christ reveals God the Father and the fatherhood of God, and this even to the piercing of His side, for the open Heart of Jesus is the supreme revelation of the pietas of God, that is, of God’s self–sacrificing and boundless fatherly love for man.

Saint Irenaeus says, in Adversus Haereses, that “the name by which we confess the Father is also the name we give to Christ.” The attribution of the name “Father” to Christ is a confession of orthodoxy in the face of anything associated with Arianism. Christ is consubstantial with the Father; therefore, the name given to the Father may also be given to Christ, and this without any confusion of persons.

The man who “holds the place of Christ in the monastery” is called Father and Abbot because he participates in the mission of Christ, which is to reveal the Father. He does this by seeking, above all else, a personal union with Christ. The more an abbot is united to Christ, the more will he manifest the fatherhood of God in word and deed. This grace of fatherhood is not given all at once, as if by some miraculous infusion; a man disposes himself to receive the grace of fatherhood by humbly submitting to the operations of the Holy Ghost in him, by living habitually in the radiance of the Face of Christ, and by resting upon His Heart. An abbot grows into the grace of his fatherhood over a lifetime. For this reason, the office of abbot cannot be relinquished altogether. Even after renouncing the functions of active government, an abbot remains a father.

Saint John is, in this sense, the model of spiritual fatherhood. Saint John drew the grace of his fatherhood of souls from the Heart of Jesus, in sinu Jesu, in the Cenacle, and from the pierced side of Jesus that he contemplated on Calvary. Does not Saint John say, Filioli mei, hæc scribo vobis, ut non peccetis, “My little children, these things I write to you, that you may not sin” (1 John 1:1), and again, Et nunc, filioli, manete in eo: ut cum apparuerit, habeamus fiduciam, “And now, little children, abide in him, that when he shall appear, we may have confidence” (1 John 2:28).

The nineteenth and twentieth centuries, no less than the Middle Ages an the age of the Desert Fathers, was blessed with the emergence of wise and holy abbots in many places. I think, among others, of Abbot Guéranger, the two Abbots Wolter, Blessed Abbot Marmion, Father Muard, Abbot Celestino Maria Colombo, Blessed Ildephonsus Schuster, Abbot Marie–Gabriel Sortais, Abbot Ildefons Herwegen, and Dom Damasus Winzen. All of these bear witness in our day to the unbroken tradition of spiritual fatherhood that, in the beginning, flowed from the Heart of Jesus into the hearts of Saint John and Saint Paul.