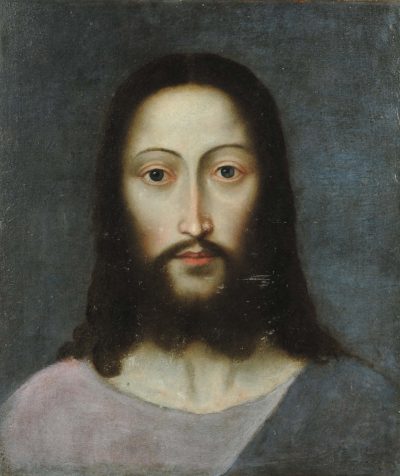 20 Jan. 21 May. 20 Sept.
44. To fear the Day of Judgment.
45. To be in dread of hell.
46. To desire with a special longing everlasting life.
47. To keep death daily before one’s eyes.
48. To keep guard at all times over the actions of one’s life.
49. To know for certain that God sees one everywhere.
50. To dash down on the (Rock) Christ one’s evil thoughts, the instant that they come into the heart.
51. And to lay them open to one’s spiritual father.
52. To keep one’s mouth from evil and wicked words.
53. Not to love much speaking.
54. Not to speak vain words or such as move to laughter.
55. Not to love much or excessive laughter.
56. To listen willingly to holy reading.
57. To apply oneself frequently to prayer.
58. Daily to confess one’s past sins with tears and sighs to God, and to amend them for the time to come.
59. Not to fulfil the desires of the flesh: to hate one’s own will.
60. To obey in all things the commands of the Abbot, even though he himself (which God forbid) should act otherwise: being mindful of that precept of the Lord: “What they say, do ye; but what they do, do ye not.”
61. Not to wish to be called holy before one is so: but first to be holy, that one may be truly so called.

There are, in today’s passage from the Holy Rule, four instruments of good works that merit special attention:

48. To keep guard at all times over the actions of one’s life.
49. To know for certain that God sees one everywhere.
50. To dash down on the (Rock) Christ one’s evil thoughts, the instant that they come into the heart.
51. And to lay them open to one’s spiritual father.

Why does Saint Benedict enjoin us to keep guard at all times over the actions of our life? A man’s character is shaped by his actions. The repetition of evil actions becomes a vice, and a man in the grip of vice cannot be happy. Vices cannot grow and metastasize in a man who lives beneath the gaze of God. The man who says at every hour and in every place, “Thy face, O Lord, will I still seek. Turn not away thy face from me” (Psalm 26:8–9) will abide beneath the gaze of God. The man who allows Our Lord to draw him into the radiance of His Eucharistic Face will discover, over time, that the Eucharistic Face Jesus has so marked him that he quickly and spontaneously rejects evil and chooses good. And if, by reason of forgetfulness or momentary weakness, he should fall into sin, he will recover quickly from the fall and not allow the sin to become a vice.

The real spiritual battleground of a monk is in his thoughts. A man must learn, from the very beginning of his monastic life, to lay hold of evil thoughts in the way that he would lay hold of a clod of dried mud in order to dash them against the rock that is Christ. If a man shilly–shallys, if he flirts with evil thoughts, and holds discussions with them in his head, he is already defeated. The secret is to act quickly and decisively.

Evil thoughts — and these are not limited to thoughts of a sexual nature, as some would think — are most effectively neutralised by laying them open to the spiritual father. As soon as a man discloses his thoughts to the spiritual father, the demons that were molesting the man in his thoughts, scatter like rats. One of the tactics of evil spirits is to convince a man that he ought to keep his thoughts to himself. “There’s no need to disturb the Father with this matter. You can sort it by yourself. You can think your way through it.” Lies, all lies. The demons always seek to isolate a man. They work best under a cloak of secrecy. Expose them and the thoughts that they insinuate into the memory, the imagination, and the faculty of reasoning, and they are disarmed. This is the teaching of the Desert Fathers.

Listen to this story from the Desert Fathers (The Greek Anonymous Series). The brother relating the story as a young man had known Abba Zeno.

“When I was young,” he said, “I had this experience. I had a passion in my soul which mastered me. Having heard it said that Abba Zeno had healed many, I wanted to go find him and open myself to him. But the devil prevented me from doing so, saying, “Since you know what you must do, conduct yourself according to what you have read. Why go and scandalise the old man?” Each time that I was ready to go to him, the warfare in me abated a little, and I didn’t go. And when I had given up the idea of going to see the old man, once more the passion would assail me. I would begin to fight in order to leave, and the enemy would deceive me by the same trick and wouldn’t let me open myself to the old man. Often I would actually go to the old man in order to tell him everything, but the enemy would not let me speak by putting shame in my heart and saying to me, “Since you know how to heal yourself, what is the point of speaking about it? You’re not giving yourself enough credit: you know what the fathers have taught.” Such is what the adversary suggested to me so that I wouldn’t reveal my sickness to the physician and be healed.

The old man knew very well that I was having these thoughts, but he didn’t intervene, waiting for me to make them known to him myself. He taught me about the right path and sent me on my way.

Finally, afflicted and in tears, I said to my soul, “How long, unhappy soul, will you persist in not wanting to be healed? People who live far away come to the old man and are healed; aren’t you ashamed, when you live so close to the healer, of not making the effort yourself?” My heart on fire, I got up and said to myself, “I’m going to see the old man, and if I don’t find any visitors there, I’ll know that it is the will of God that I make my thought known to him.”

I went and found no other person there. The old man, as was his custom, gave me some teaching about the salvation of the soul and the ways of cleansing oneself of impure thoughts. But once more I was ashamed, and I didn’t open up. I asked him for his blessing.

The old man got up, said a prayer, and led me to the door. He walked ahead of me, and meanwhile I was tormented by my thoughts. Would I speak to the old man, or wouldn’t I? I walked a little behind him without his paying me any attention. He put his hand to the door to open it for me, but when he saw me tormented by my thoughts, he turned towards me, tapped me on the chest, and said: “What is the matter with you? Am I not a man, too?” (Acts 10:26).

Covered with shame, I made known to him my passion, and he said to me: “Am I not a man too? Do you want me to tell you what I know? That you’ve been coming here for three years with these thoughts and you haven’t let them out.” I prostrated myself, begged him and said, “For the Lord’s sake, have pity on me.” He said to me, “Go, do not neglect your prayer, and do not speak ill of anyone.” I returned to my cell, and did not neglect my prayer; and by the grace of Christ and by the prayers of the old man, I was bothered no longer by that passion.