Skip to content
HomeTwelve Degrees of HumilityEvery one that exalteth himself shall be humbled (VII:1) 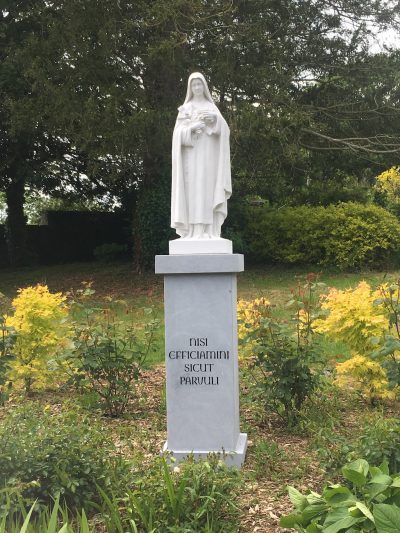 CHAPTER VII. Of Humility
25 Jan. 26 May. 25 Sept.
The Holy Scripture crieth out to us, brethren, saying: “Every one that exalteth himself shall be humbled, and he who humbleth himself shall be exalted” (Luke 14:11). In saying this, it teacheth us that all exaltation is a kind of pride, against which the prophet sheweth himself to be on his guard when he saith: “Lord, my heart is not exalted nor mine eyes lifted up; nor have I walked in great things, nor in wonders above me.” For why? “If I did not think humbly, but exalted my soul: like a child that is weaned from his mother, so wilt Thou requite my soul” (Psalm 130:1–2) Whence, brethren, if we wish to arrive at the highest point of humility, and speedily to reach that heavenly exaltation to which we can only ascend by the humility of this present life, we must by our ever-ascending actions erect such a ladder * as that which Jacob beheld in his dream, by which the angels appeared to him descending and ascending (Genesis 28:11–19). This descent and ascent signifieth nothing else than that we descend by self-exaltation and ascend by humility. And the ladder thus erected is our life in the world, which, if the heart be humbled, is lifted up by the Lord to heaven. The sides of the same ladder we understand to be our body and soul, in which our divine vocation hath placed various degrees of humility or discipline, which we must ascend.

Chapter VII is the heart of the Holy Rule. It is the hidden place to which the Prologue and the preceding Chapters I—VI have shown us the way; it is the deep place from which will spring all that follows in the Holy Rule. Concerning Chapter VII, our Declarations say:

In Saint Benedict’s twelve steps of humility the brethren will recognise an ascetical and mystical portrayal of the Suffering Servant,29 Who even now, in the Most Holy Sacrament of the Altar, empties Himself, hides His Face, and remains silent. The monks will consider it a particular grace of their vocation to imitate the virtues of the immolated Lamb, the Divine Victim, truly present upon the altar and veiled by the sacred species: obedience, humility, hiddenness, and silence. They will, for this reason, turn away from every temptation to boastfulness, arrogance, self-aggrandisement, and the lust for power and control.

And our Statutes say:

The Master of Novices will take pains to familiarise the novices with this seventh chapter of the Holy Rule; the novices will apply themselves to learning it, and will make it the object of frequent meditation. A novice who has not shown progress in the practice of humility will not be admitted to profession.

Chapter VII opens with the words of Our Lord’s parable concerning the guests invited to the wedding feast:

He also had a parable for the guests who were invited, as he observed how they chose the chief places for themselves; he said to them: When any man invites thee to a wedding, do not sit down in the chief place; he may have invited some guest whose rank is greater than thine. If so, his host and thine will come and say to thee, Make room for this man; and so thou wilt find thyself taking, with a blush, the lowest place of all. Rather, when thou art summoned, go straight to the lowest place and sit down there; so, when he who invited thee comes in, he will say, My friend, go higher than this; and then honour shall be thine before all that sit down in thy company. Everyone who exalts himself shall be humbled, and he that humbles himself shall be exalted. (Luke 14:7–11)

The teaching of Saint Benedict and of all our fathers before him is that a monk goes straight to the lowest place. There, and nowhere else, a monk is certain of finding Jesus. In a certain sense, and this is an intuition that Mother Mectilde repeats again and again, the lowest place is where the Sacred Host is. There, hidden beneath the appearance of a mere morsel of bread, God Himself has chosen the lowest place. The Sacred Host is the icon of the humility of God. Adoration of the Most Holy Sacrament is a school of humility. It is impossible to adore the latens Deitas, the “hidden Godhead” and to keep an inflated sense of one’s greatness. It is impossible to abide in the silence of the Host and to pronounce judgment over others. Those who puzzle over our monastery’s particular Eucharistic grace, what some call the “Mectildian charism,” fail to make the connection between Chapter VII of the Holy Rule and the mystery of the Most Holy Eucharist, that is, the self–emptying of God into the hiddenness, the silence, and the meekness of the Host.

Lord, my heart is not lifted up, my eyes not raised from the earth; my mind does not dwell on high things, on marvels that are beyond my reach. Bear me witness that I kept my soul ever quiet, ever at peace. The thoughts of a child on its mother’s breast, a child’s thoughts were all my soul knew. Let Israel trust in the Lord, henceforth and for ever.

Lowliness, quietness, peace, and trust: these are the attributes of the humble, of those who, following Our Lord’s words make themselves like little children: “Amen I say to you, unless you be converted, and become as little children, you shall not enter into the kingdom of heaven” (Matthew 18:3). Nisi efficiamini sicut parvuli. The psalm could well be the prayer of the publican in the temple who “would not so much as lift up his eyes towards heaven; but struck his breast, saying: O God, be merciful to me a sinner” (Luke 18:13). At the end of Chapter VII, at the twelfth degree of humility, it is the publican at prayer who will appear as the archetype of monastic perfection:

The twelfth degree of humility is, that the monk . . . ever think of the guilt of his sins, and imagine himself already present before the terrible judgment-seat of God: always saying in his heart what the publican in the Gospel said with his eyes fixed on the earth: “Lord, I a sinner am not worthy to raise mine eyes to heaven.” And again, with the prophet: “I am bowed down and humbled on every side.”

The greater part of a man’s unhappiness comes from his pride. The humble man, on the other hand, is always happy, and his happiness no one can take from him. There are three arenas in which a monk typically struggles against pride. The first of these is the Opus Dei. There are men who cling to all their own notions concerning the chant, the rubrics, the calendar, the ceremonies, and all the other minutiae that constitute the warp and weft of divine worship. What is this but pride of the most pernicious sort? “I know more. I know better. I see rightly. I am the authority on all such questions.” Such men are never happy in the cloister because, as the psalm says, “they wear their pride like a necklace” (Psalm 108:6), that is to say, that they carry their pride wherever they go. A monk goes to choir eight or nine times a day; the man who brings his pride to choir with him will ever suffer discontent. The devil delights in this sort of discontent because it spoils a man’s prayer.

The second arena in which a monk typically struggles against pride is work. There are men whose pride makes them bristle at the thought of taking orders from someone else. There are men who cling to their own notions about the way a job ought to be done. There are men who, while working, inwardly criticize the whole operation, thereby making themselves miserable as they work. The discontent that this sort of pride spawns makes a monk chronically miserable and the devil supremely gleeful. It is much easier for the devil to bring down a miserable man than a happy man. The miserable man is open to every suggestion of relief, compensation, and distraction. And the devil knows just what reliefs, compensations, and distractions will cast a man into an even greater unhappiness. Pride leads to unhappiness. Unhappiness opens the door to every manner of temptation and weakens the man who is tempted. The end result is sin with all its ugliness, bitterness, fragmentation.

The third arena in which a monk typically struggles against pride is his intellect or, rather, the ideas that churn around in his head and the ideologies that he constructs from his ideas. Intellectual pride is especially pernicious because, at least for a time, it can be kept secret. Brother Maximus says to himself, “I see clearly the philosophical, theological, moral, ethical, artistic, and social defects of these poor ignorant chaps with whom I live. There is no harm in rehearsing denunciations, disputations, refutations, and condemnations in my head. No one needs to know what I am thinking.” The devil thrills to this train of thought because it brings him back to that day long ago in the garden when he hissed to the woman, “As soon as you eat this fruit your eyes will be opened, and you yourselves will be like gods, knowing good and evil” (Genesis 3:5). The devil knows well how tantalising a thing it is to prove oneself right and prove others wrong, and so he hovers around certain men, suggesting clever ideas, putting forth convincing arguments, and turning human reasoning to his own despicable ends. In the end, this sort of pride makes a man restless and hypercritical. It leads to isolation and, paradoxically, by showing a mirage of enlightenment, to the darkening of reason.