Skip to content
HomeRule of Saint BenedictAcceptable to God and sweet to men (V:2) 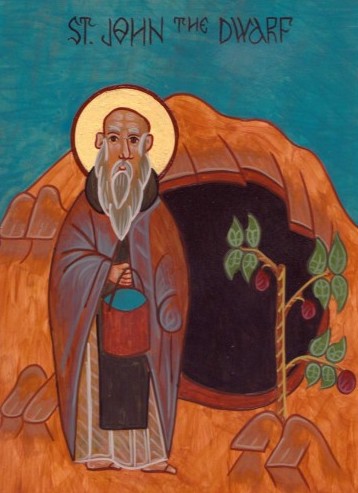 23 Jan. 24 May. 23 Sept.
But this very obedience will then only be acceptable to God and sweet to men, if what is commanded be done not fearfully, tardily, nor coldly, nor with murmuring, nor with an answer shewing unwillingness; for the obedience which is given to superiors is given to God, since He Himself hath said: “He that heareth you, heareth Me.” And it ought to be given by disciples with a good will, because “God loveth a cheerful giver.” For if the disciple obey with ill-will, and murmur not only with his lips but even in his heart, although he fulfil the command, yet it will not be accepted by God, Who regardeth the heart of the murmurer. And for such an action he shall gain no reward; nay, rather, he shall incur the punishment due to murmurers, unless he amend and make satisfaction.

Just as it pleased God to repair the first creation, fragmented and distorted by sin, by building the new creation upon the obedience of the Blessed Virgin Mary and the obedience of Christ, so too is ” the new man, who according to God is created in justice and holiness of truth” (Ephesians 4:24) rebuilt upon the foundation of obedience. The man who enters the monastery still clinging to his own will, to his own preferences, and to his own certainties, will not go far in the holiness that God expects from monks. We read in the sayings of the Desert Fathers that the hermits used to say, “From those who have not long been converted to monastic life, God demands nothing so much as sincere obedience.” Nothing cuts so deeply into a man’s self–love as does obedience. The incision opened by obedience is salutary. Out of the incision of obedience the infection of pride is drained out of a man.

There are men who pride themselves on their irreproachable record of chastity, but Amma Syncletica says, “It seems to me that for those who live in monasteries obedience is a higher virtue than chastity, however perfect. Chastity is in danger of pride, obedience has the promise of humility.” Others become puffed up by the degree of personal austerity they have achieved; these unwittingly repeat their own variations on the prayer of the pharisee: Deus, gratias ago tibi, quia non sum sicut ceteri hominum. “O God, I give thee thanks that I am not as the rest of men, extortioners, unjust, adulterers, as also is this publican. I fast twice in a week: I give tithes of all that I possess” (Luke 18:11–12). Still others become priggish and smug because of their punctilious knowledge of rubrics and ritual niceties. To these is the word of the prophet Samuel addressed: “Doth the Lord desire holocausts and victims, and not rather that the voice of the Lord should be obeyed? For obedience is better than sacrifices: and to hearken rather than to offer the fat of rams” (1 Samuel 15:22).

The obedient man will be chaste; he will be mortified and detached from delicate living; he will have zeal for the Opus Dei (the Divine Office), but these things will be grounded in humility and built upon the foundations of obedience. Saint Benedict says that a man’s obedience will not be acceptable to God and sweet to men if it is carried out “fearfully, tardily, nor coldly, nor with murmuring, nor with an answer shewing unwillingness.” There are brothers who cannot give a simple “Yes” of obedience without adding an epilogue:  “Yes, if . . .”; “Yes, but only when . . .”; “Yes, however.” All of these epilogues are like a fly in the ointment.

It sometimes happens that a brother in the exercise of his obedience becomes proprietary and arrogant. The obedience of such a brother is spoiled and instead of bringing him an increase in grace, it leads to hardheartedness and resistance to grace. This is why Saint Benedict says in the chapter on the artisans of the monastery:

But if any of them be puffed up by reason of his knowledge of his craft, in that he seemeth to confer some benefit on the Monastery, let such a one be taken from it, and not exercise it again, unless, perchance, when he hath humbled himself, the Abbot bid him work at it anew. (Chapter LVII)

Benedictine obedience is a gladsome thing. Like chastity, it brings joy to the heart of the monk who practices it, and spreads joy all around him. Obedience is not only the foundation of the monastic life;  it is also its perfection and crown, for we read in the sayings of the Desert Fathers:

A hermit said, “Someone who hands over his soul in obedience to a spiritual guide has a greater reward than one who retires alone to a hermitage.” He also said this: “One of the fathers saw a vision of four ranks in heaven. The first rank was of those who are sick, yet give thanks to God. The second rank was of those who minister to the sick willingly and generously. The third rank was of those who live in the desert, seeing no one. The fourth rank was of those who for God’s sake put themselves under obedience to spiritual guides. But those who live in obedience in the fourth rank wore necklaces and crowns of gold and shone more than the others.” I said to the one who showed me the vision, “How is it that the rank which is lowest shines the most?” He replied, “Those who care for others do what they themselves want to do. Hermits follow their own will in withdrawing from the world. But the obedient have gone beyond their self-will, and depend only on God and the word of their spiritual guides: that is why they shine the most.” Learn by this how great a good is obedience if it is for God’s sake, and strive to win some trace at least of this virtue. It is the salvation of the faithful, the mother of all virtue, the entry into the kingdom; it raises us from earth to heaven; obedience lives in the same place as the angels; it is the food of the saints who by its nourishment grow to fullness of life.”