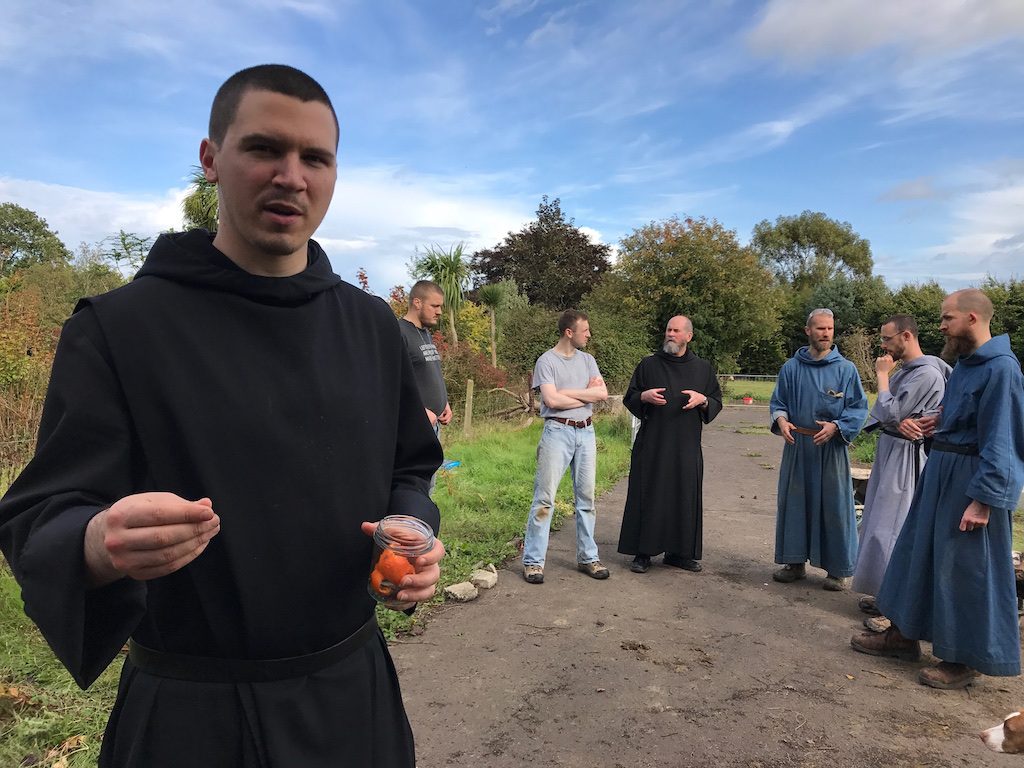 CHAPTER XLVIII. Of the daily manual labour
28 Mar. 28 July. 27 Nov.
Idleness is an enemy of the soul; and hence at certain seasons the brethren ought to occupy themselves in the labour of their hands, and at others in holy reading. We think, therefore, that the times for each may be disposed as follows: from Easter to the first of October, let them, in going from Prime in the morning, labour at whatever is required of them until about the fourth hour. From the fourth hour until near the sixth let them apply themselves to reading, And when they rise from table, after the sixth hour, let them rest on their beds in perfect silence; or if any one perchance desire to read, let him do so in such a way as not to disturb any one else. Let None be said in good time, at about the middle of the eighth hour: and then let them again work at whatever has to be done until Vespers. And if the needs of the place, or their poverty, oblige them to labour themselves at gathering in the crops, let them not be saddened thereat; because then are they truly monks, when they live by the labour of their hands, as did our fathers and the Apostles. Yet let all be done with moderation, on account of the faint-hearted.

Saint Benedict begins and ends today’s appointed passage from Chapter XLVIII with two great principles. The first is this: Otiositas inimica est animae, et ideo certis temporibus occupari debent fratres in labore manuum, certis iterum horis in lectione divina. “Idleness is an enemy of the soul; and hence at certain seasons the brethren ought to occupy themselves in the labour of their hands, and at others in holy reading”. The second principle, characteristically Benedictine in tone, is this: Omnia tamen mensurate fiant propter pusillanimes. “Yet let all be done with moderation, on account of the faint-hearted”.

Work is not left to the subjective dispositions of any individual monk. The monk, like the father of a family living in the world, must go to work at fixed times. A monk cannot, of his own will, change the hours of his work, or shorten them, or even lengthen them. As with manual work, so too with reading. Reading is an integral part of the Benedictine day. The monk who arbitrarily omits his reading, or cuts it short, will, over time, discover that his whole life has been thrown into imbalance. 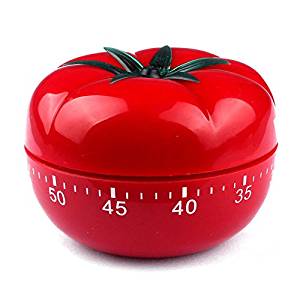 Dom Benedict introduced me recently to the Pomodoro technique of time management. Francesco Cirillo, an Italian student, developed the Pomodoro method in the late 1980s. There is a certain Benedictine wisdom about it.  The technique uses a timer to break down work into intervals of 25 minutes in length, separated by short breaks. These intervals of work are named pomodoros, the anglicized plural of the Italian word pomodoro, after the tomato-shaped kitchen timer that Cirillo used as a student. The Pomodoro method is simple:

There are six steps in the original technique:

Saint Benedict would have his monks work manfully, efficaciously, and, still, moderately. He achieves this by spacing the Hours of the Divine Office throughout the day, in such wise, that the intervals for work and reading are neither too short, making it impossible to get anything done, or too long, inducing weariness and restlessness. Four pomodoros equals two hours of productive work. One can get more done in four pomodoros, than in five or six hours of straight work. Why is this? It is because by re–setting the pomodoro (the timer) to twenty–five minutes of concentrated work, one also resets one’s mind and body, and so one accomplishes more in less time, by eliminating fatigue, distractions, and interruptions. I do not say that everyone must get a pomodoro, and implement the method. I would say, however, that Francesco Cirillo has formulated an easy way to manage time within the constraints of the monastic day, that is, between the Hours of the Divine Office.

The abbot, not the individual monk, is responsible for seeing to it that all is done in moderation on account of the faint–hearted. One monk’s capacity for labour and reading will not be that of another monk, for “every one hath his proper gift from God, one after this manner, another after that” (Chapter XL).