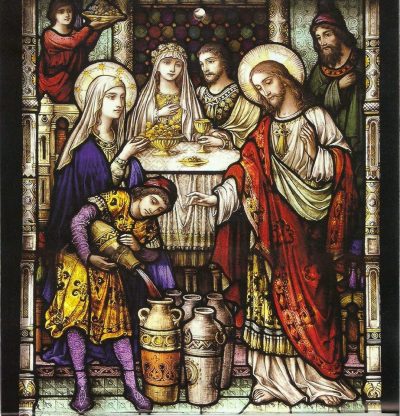 Saint Benedict recognises that the cellarer must be endowed with a particular grace when he says, qui omni congregationi sit sicut pater, “let him be as a father to the whole community”. It is the abbot’s responsibility, as father of the monastery, to generate other fathers, to foster in each one of his sons the full development of their manly potential. Only by growing into fatherhood does a man realise his God–given potential. A certain abbot in France said in an interview, “Do not call me Father; I am just a brother among brothers, even if I have been chosen to lead the community”. This is no more than a rehashing of the tired old slogan of the French Revolution —Liberty, Equality, Fraternity— that has infected and poisoned religious life for the past fifty years, rendering it tired, sterile, and degenerative. An abbot is not a brother among brothers; he is the Father among fathers. A monastic community must be generative  . . . or it will become degenerative. Without men who have grown into spiritual fatherhood, in any one of its many expressions, and assumed the responsibilities inherent in it, a community will wither, and die. Spiritual fruitfulness is intrinsically linked to fatherhood and motherhood in the order of grace.

The Benedictine cellarer will look to the Blessed Virgin Mary who intervened at the wedding feast at Cana. He will place his administration in her hands, asking her to intervene so often as the monastery’s material resources begin to fail.

And the third day, there was a marriage in Cana of Galilee: and the mother of Jesus was there. And Jesus also was invited, and his disciples, to the marriage. And the wine failing, the mother of Jesus saith to him: They have no wine. And Jesus saith to her: Woman, what is that to me and to thee? my hour is not yet come. His mother saith to the waiters: Whatsoever he shall say to you, do ye. (John 2:1–5)

You know what followed: the waiters obeyed the word of Blessed Virgin and and the command of Jesus. They filled six waterpots of stone with water to the brim. When the water was drawn out and presented to the chief steward of the feast, it had become wine of the finest quality. Saint John concludes, “This beginning of miracles did Jesus in Cana of Galilee; and manifested his glory, and his disciples believed in him” (John 2:11). The turning point in this manifestation of the glory of Our Lord was the intervention of His Mother. It is always so. The Blessed Virgin Mary is the handmaid of Divine Providence and the most provident of mothers. Never does the Mother of God send away empty–handed one who turns to her in need. Her Magnificat is a glorification of the Providence of God: “He hath filled the hungry with good things” (Luke 1:53).

A Benedictine cellarer cannot base his administration on mere human calculations. He must always take into account the workings of Divine Providence and the unfailing succour of the Mother of God. Saint Teresa of Calcutta had the reputation of always getting what she wanted for her works. Seemingly insurmountable problems resolved themselves in the most astonishing ways. Miracles happened around her every day. Saint Teresa of Calcutta was not one to take no for an answer. Her boundless confidence in God caused hierarchs, administrators, civil servants, and business people to roll their eyes and smile condescendingly. The little Mother would press forward undaunted. Father Benedict Groeschel recounts that the Memorare was one of her secret weapons. Mother Teresa had a profound and unwavering devotion Our Lady. She prayed the Rosary day and night; the beads were always in her hands. The rosary was her ceaseless prayer of the heart. Whenever she was confronted with a great need, whenever she found herself in an impossible situation, with no human solutions in sight, she prayed one of her famous “express” Novenas: nine Memorares followed straightaway by a tenth in thanksgiving. Her confidence in the Memorare became legendary. Whenever the cellarer begins to grow anxious over the monastery’s needs and over the details of its administration, he ought to take a lesson from Saint Teresa of Calcutta. The cellarer of the monastery ought to memorise the words of Jesus in the Sermon on the Mount or, at least, have them written out, framed, and hung on the wall of his office:

The cellarer who keeps his beads at all times in his pocket has unlimited resources; he will learn that before, during, and after dealing with human agents, he can do nothing better than call ceaselessly upon the Mother of God. Doing this, he can expect miracles. The best business acumen cannot compare with trust in Divine Providence. There is no human instance that can resist the Mother of Jesus. The administration of the cellarer of the monastery will flourish in direct proportion to his confidence in Divine Providence and his childlike and persevering appeals to the Mother of Jesus.