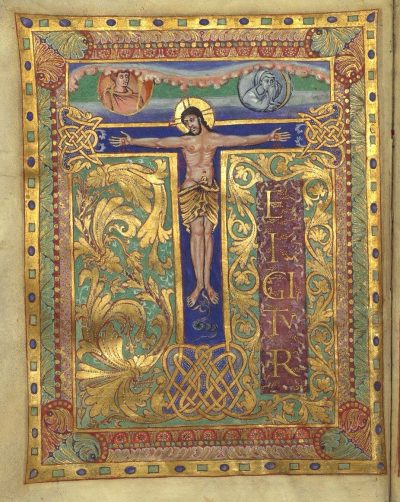 Saint Benedict here offers the abbot a kind of examination of conscience:

1. Have I been violent? The potential for violence runs in the blood of every man. A man’s words may be violent; a man’s action’s may be violent; a man’s thoughts may be violent. Saint Benedict is not speaking here of the violence that Our Lord commended. “From the days of John the Baptist until now, the kingdom of heaven suffereth violence, and the violent bear it away” (Matthew 11:12). This refers to the magnaminity of the saints: to their determination, energy, and single–mindedness. This holy violence is the opposite of pusillanimity or faintheartedness. The violence that Saint Benedict condemns proceeds from the vices of pride and anger. A violent abbot does harm to his monks and to himself. Violent words, actions, and attitudes make the abbot a tyrant ruling by fear. The abbot prone to violence causes the brethren to walk on eggshells, terrified of igniting a firestorm. An abbot tempted to violence must return again and again to feet of Jesus, humbly asking him to quell the storms that rage within. As often as he is tempted to violence, he will repeat Our Lord’s words: “Take up my yoke upon you, and learn of me, because I am meek, and humble of heart: and you shall find rest to your souls” (Matthew 11:29).

2. Have I been over anxious? Anxiety can be crippling; it can keep a man from taking even a single step forward. Anxiety can so darken a man’s mind that he can no longer assess things reasonably. At bottom, anxiety is the dread of being abandoned, or the fear of a loss. Saint Thomas relates anxiety to the fear of some great evil. In some men, anxiety is habitual and deeply–rooted. What is the remedy for anxiety? The great remedy, surpassing all others, is faith in the fatherhood of God. The abbot, more than any monk, is obliged to make continual acts of faith in the fatherhood of God. To this end, he will immerse himself in the Fourth Gospel, the Gospel of the Father, taking to heart Our Lord’s every reference to the Father, and making his own Our Lord’s  every prayer to the Father, particularly the prayers uttered before the resurrection of Lazarus, in the Cenacle, in Gethsemani, and from the Cross. Similarly, he will apply his whole heart to the great liturgical expressions of prayer to the Father, living every day in readiness for the sublime words that he utters at the altar: Te igitur clementissime Pater, “Thee, therefore, most merciful Father”. These words are an efficacious and inexhaustible remedy for the anxiety that tracks, and attacks, and inhibits so many souls in their relationship to the Father.

The Catholic world at the beginning of the last century was marked by a great resurgence of faith in the fatherhood of God. Blessed Charles of Jesus (1858–1916), Saint Thérèse of the Child Jesus (1873–1897), Saint Elizabeth of the Trinity (1880–1906), Blessed Abbot Marmion (1858–1923), and Abbot Vital Léhodey (1857–1948) all contributed to an awakening of souls to the fatherhood of God. The concrete expression of faith in the fatherhood of God is trust in Divine Providence. I could refer to the writings of any one of these figures. The so–called Prayer of Abandonment of Blessed Charles of Jesus, however, is among the best known expressions of this spiritual current of return to the fatherhood. It is, I think, an effective remedy when tempted to anxiety or when one finds oneself in the grip of it. Blessed Charles wrote the text in 1896. At the time he was still a Trappist at Akbes in Syria. He did not write the prayer for himself, but as a meditation on the abandonment of the crucified Jesus to the Father.

Father,
I abandon myself into your hands;
do with me what you will.
Whatever you may do, I thank you:
I am ready for all, I accept all.
Let only your will be done in me,
and in all your creatures –
I wish no more than this, O Lord.
Into your hands I commend my soul:
I offer it to you with all the love of my heart,
for I love you, Lord, and so need to give myself,
to surrender myself into your hands without reserve,
and with boundless confidence,
for you are my Father.