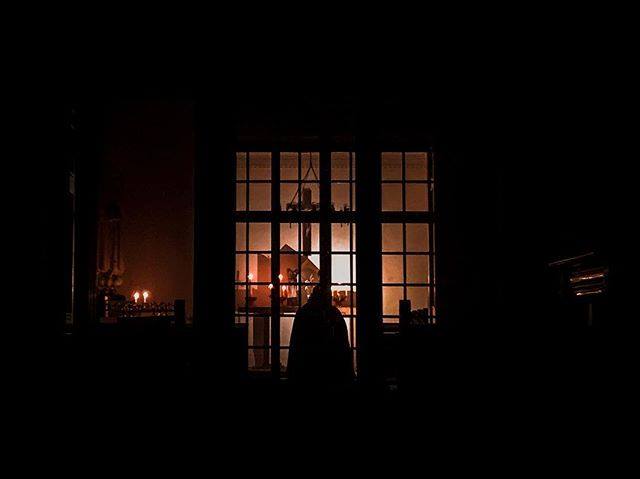 CHAPTER XLII. That no one may speak after Compline
21 Mar. 21 July. 20 Nov.
Monks should love silence at all times, but especially during the hours of the night. Therefore, on all days, whether of fasting or otherwise, let them sit down all together as soon as they have risen from supper (if it be not a fast-day) and let one of them read the Conferences [of Cassian], or the lives of the Fathers, or some thing else which may edify the hearers. Not, however, Heptateuch, nor the Books of Kings for it will not profit those of weak understanding to hear those parts of Scripture at that hour *: they may, however, be read at other times. If it be a fast-day, then a short time after Vespers let them assemble for the reading of the Conferences, as we have said; four or five pages being read, or as much as time alloweth, so that during the reading all may gather together, even those who may have been occupied in some work enjoined them. Everyone, then, being assembled, let them say Compline; and when that is finished, let none be allowed to speak to any one. And if any one be found to evade this rule of silence, let him be subjected to severe punishment; unless the presence of guests should make it necessary, or the Abbot should chance to give any command. Yet, even then, let it be done with the utmost gravity and moderation.

Omni tempore silentium debent studere monachi, maxime tamen nocturnis horis. The verb that Saint Benedict uses here—studeo, studere—merits some consideration. Our trusty Lewis and Short dictionary offers these definitions of the word: to be eager or zealous, to take pains about, be diligent in, anxious about, busy one’s self with, strive after, to apply one’s self. It can also mean to pursue something, or to desire something. Saint Benedict would have his monks be eager for silence and zealous in practicing it. Here there is nothing of a prohibitive and restrictive silence; if the monk is to be eager for silence, and zealous in practicing silence, it is because silence is a good thing, as the prophet Jeremias says:

In him be thy trust, for him thy heart’s longing, gracious thou shalt find him; If deliverance thou wouldst have from the Lord, in silence await it. It is well thou shouldst learn to bear the yoke, now in thy youth, Just burden, in solitude and silence justly borne. (Lamentations 3:25–28)

Returning to the rich definitions set forth by Lewis and Short, we understand that the monk takes pains about observing silence. The silence that the monastic life requires is costly, but it is well worth the price. One must let go of the things that encumber and restrict one’s freedom in order to embrace wholly the good thing that surpasses them in worth. Without falling into a punctilious scrupulosity, one must learn the ascetical discipline of stopping all conversation at the sound of the second bell for choir; of keeping for recreation the witty story or the bit of news; of ceasing all exchange at the very instant recreation is brought to a close; and of renouncing with manly generosity the temptation to dominate situations and other persons by the sound of one’s own voice.

Yet another mean of studere is to pursue something with desire. The pursuit of silence with desire is, in effect, the soul’s movement out of self and into God.

And it came to pass in those days, that he went out into a mountain to pray, and he passed the whole night in the prayer of God. (Luke 6:12)

There are particular graces reserved for souls who keep watch before Our Lord’s Eucharistic Face during  the hours of the night. Those who pray by night imitate His own night watches of prayer to My Father. Our Lord often kept vigil in the presence of the Father, conversing with Him in the silence of the night, and taking up into His prayer the secret cares of a sleeping world, and even the groans of creation. There is a clarity and a peace in nocturnal prayer not given to souls at other times. The light of Our Lord’s Eucharistic Face illumines the sanctuary. Paradoxically, those who pray at night often attest to losing nothing of their repose; Our Lord gives them refreshment and rest in His presence.

Quia tenebræ non obscurabuntur a te, et nox sicut dies illuminabitur: sicut tenebræ ejus, ita et lumen ejus.
But no, darkness is no hiding-place from thee, with thee the night shines clear as day itself; light and dark are one. (Psalm 138:12)

The tradition leaves us three forms of nocturnal prayer; the first is that of the Night Office, the second is that of solitary adoration. The third is within the reach of each one. It is a faithful practice of the night silence. The night silence itself is, according to Saint Jerome’s rendering of Psalm 64, an offering of praise: Tibi silentium laus, “To Thee is silence praise”. The monastery’s great night silence is at the deepest level, an homage of adoration to the silence of the Host.