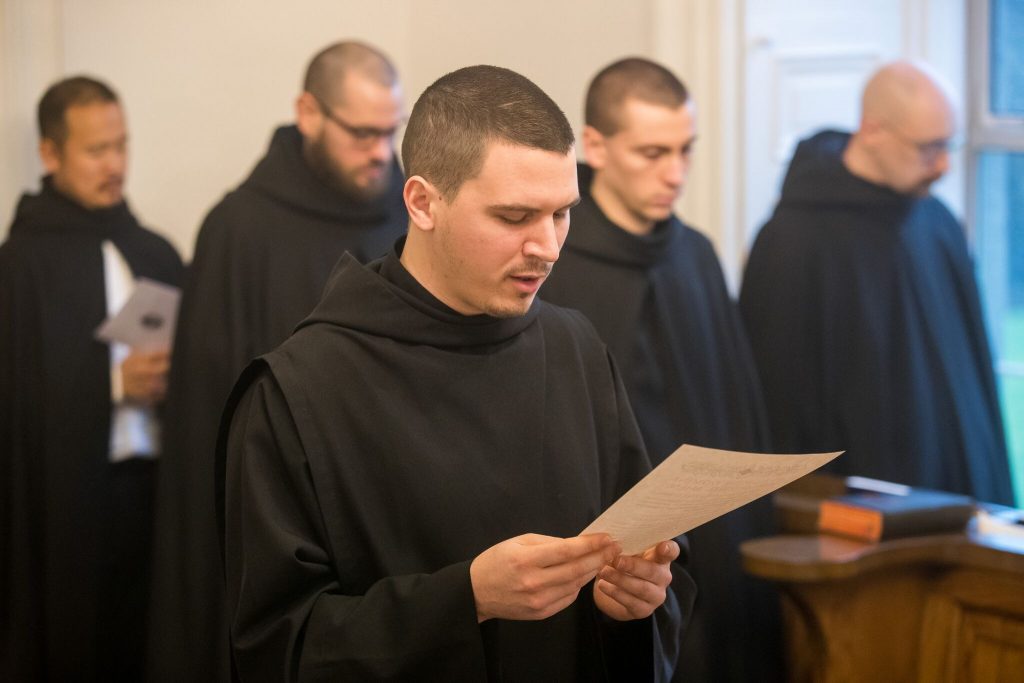 Reading of the Chart of Profession

Brother Cassian Maria Aylward, 28, a native of Sydney, Australia, pronounced his first vows as a Benedictine monk at Silverstream Priory, Stamullen, County Meath, on Saturday, 13 January 2018, feast of the Baptism of the Lord. The profession took place during Holy Mass in the Oratory of the Priory. Dom Mark Kirby, O.S.B., Conventual Prior, received, for a period of three years, Brother Cassian’s vows of stability, conversion of manners, and obedience, as set forth in the Rule of Saint Benedict. Brother Cassian, the son of Diane and Paul Aylward, and the brother of Matthew and Luke Aylward, is the great–grandson of the noted Australian classicist, Catholic apologist, poet, and Papal Knight, Dr Frank J. H. Letters. Brother Cassian, a 2007 graduate of St Paul’s Catholic College, Manly, holds a degree in education from Notre Dame University, Sydney. Before embracing the monastic life in 2016, Brother Cassian was an avid body–boarder in the Australian surf and taught at primary schools in Sydney.  Brother Cassian currently serves as the monastery’s guestmaster. 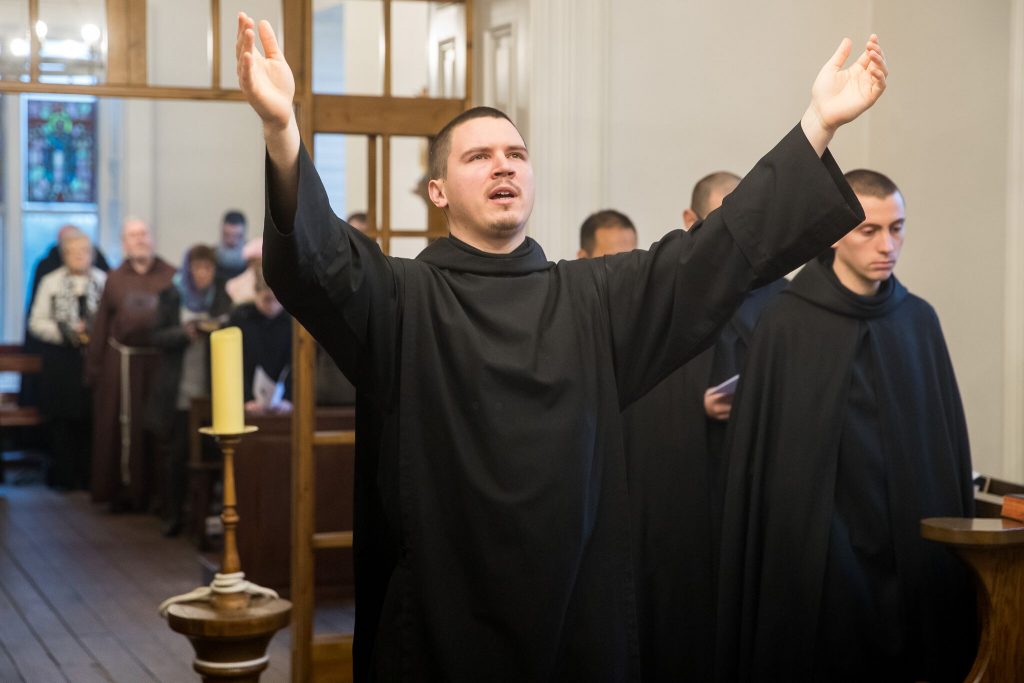 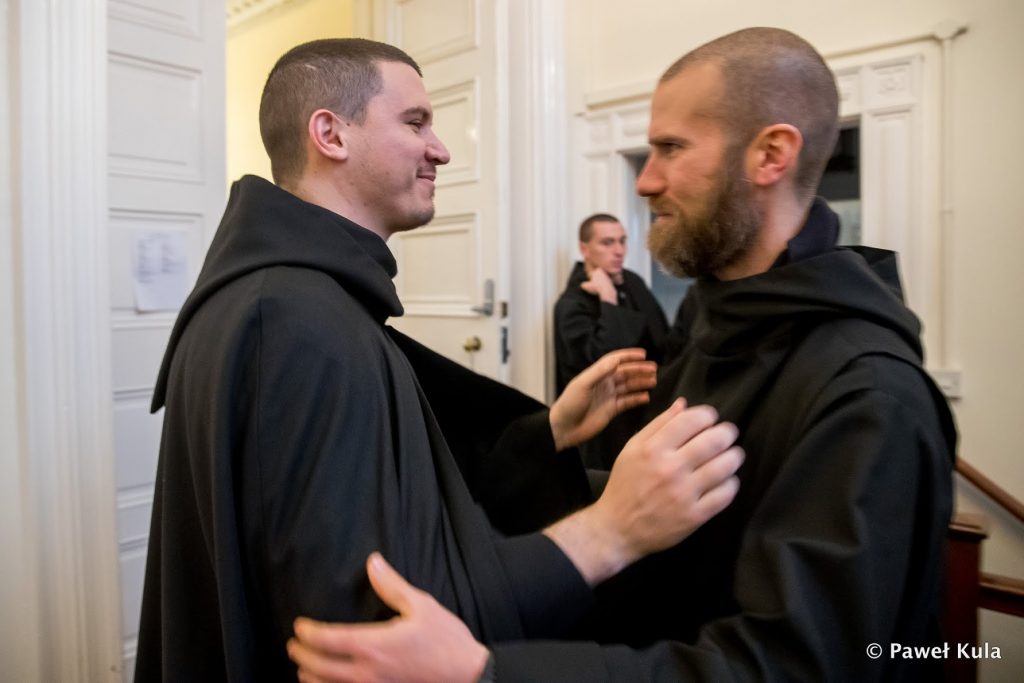 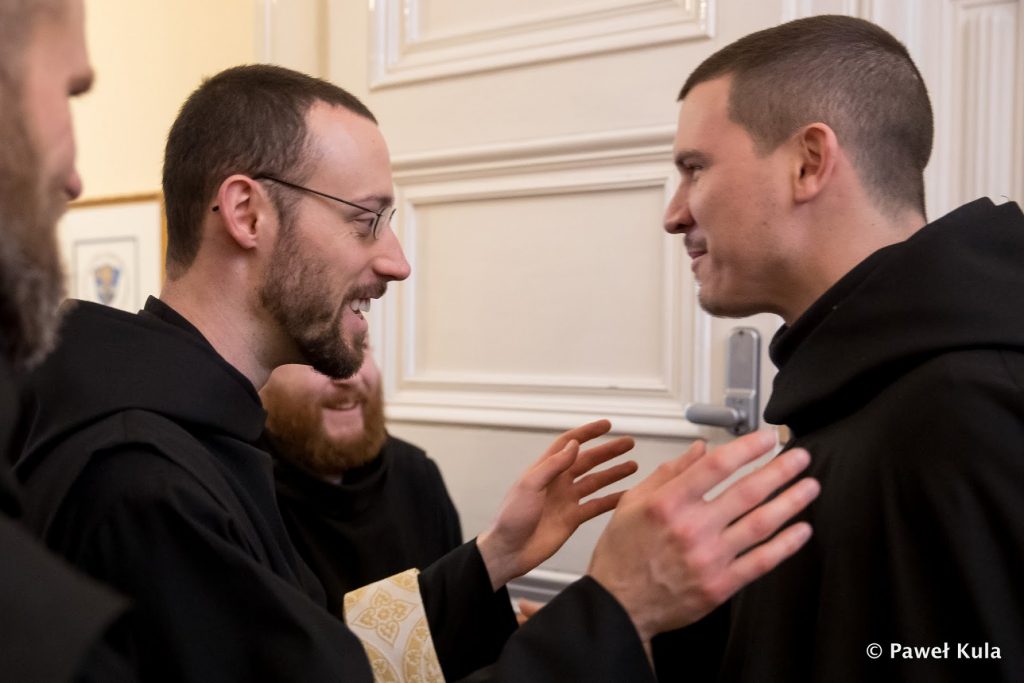