Skip to content
HomeChastityThis sacrifice, prepared for the glory of Thy holy Name 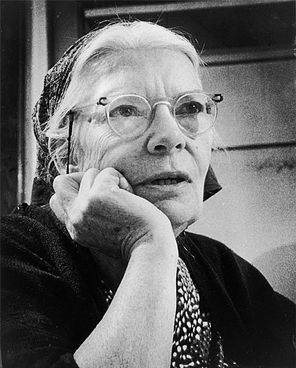 Last evening at recreation, one of the brethren mentioned that he had read something recently in which Lenten fasting was presented, before all else, as a means of cutting down on expenses in order to practice the corporal works of mercy. Let me say, from the outset, that I am altogether favourable both to cutting down on expenses, and to practicing the corporal works of mercy. Saint Benedict himself makes the connection explicitly in the Instruments of Good Works set forth in Chapter IV of the Holy Rule: “To relieve the poor” comes immediately after “To love fasting”. Not for nothing was Catholic social activist Dorothy Day a Benedictine Oblate of Saint Procopius Abbey. Like Saint Anthony of the Desert, no sooner did Dorothy Day hear the Gospel read at Holy Mass, or follow it in her missal, than she was out the door of the church to put it into practice.

The particular view of fasting that sees it more or less exclusively in terms of a practice calculated to facilitate humanitarian relief is, nonetheless, seriously skewed. In our community exchange, several of us made the connection of this view of fasting with the view of celibacy taken by a popular Jesuit author:

Celibacy is a complex topic, but it is one that I can speak about from experience—30 years of experience. It is a different way of loving people—freely and deeply but without the attachment of what we call an “exclusive relationship.” One has many friends, and one gives and receives love, but one is not committed to a single person. (Father James Martin, S.J.)

If fasting—or the celibacy of the priest or monk—is viewed, presented, and practiced primarily in terms of an horizontal pragmatism, i.e. more money for good works and more time for  people, in my book, it misses the mark completely. In fact such things put me in mind of the “Americanism” condemned by Pope Leo XIII in 1899:

These single notable acts to which we have alluded will frequently upon a closer investigation be found to exhibit the appearance rather than the reality of virtue. Grant that it is virtue, unless we would “run in vain” and be unmindful of that eternal bliss which a good God in his mercy has destined for us, of what avail are natural virtues unless seconded by the gift of divine grace? Hence St. Augustine well says: “Wonderful is the strength, and swift the course, but outside the true path.” (Testem Benevolentiae Nostrae, Encyclical of Pope Leo XIII, January 22, 1899)

If one’s fasting merely allows one to hand on to needy people the fruits of one’s economies, it is not the fasting of the saints. It is, as Saint Augustine says, “outside the true path”. And if one’s celibacy is no more than “a different way of loving people” it exhibits, as Pope Leo XIII says, “the appearance rather than the reality of virtue”.

Saint Thomas teaches that fasting has a three–fold purpose: (1) in order to bridle the lusts of the flesh, wherefore the Apostle says, “In fasting, in chastity” (2 Corinthians 6:5-6), since fasting is the guardian of chastity; (2) in order that the mind may arise more freely to the contemplation of heavenly things: hence it is related of Daniel that he received a revelation from God after fasting for three weeks; (3) in order to satisfy for sins: wherefore it is written,”Be converted to Me with all your heart, in fasting and in weeping and in mourning” (Joel 2:12)”

As for the celibacy of a priest, monk, or religious of any stripe, Saint Augustine sees it, first of all, as a an act of mercy to one’s own soul and a sacrifice offered to God:

Mercy is the true sacrifice, and therefore it is said, as I have just quoted, with such sacrifices God is well pleased. All the divine ordinances, therefore, which we read concerning the sacrifices in the service of the tabernacle or the temple, we are to refer to the love of God and our neighbor. For on these two commandments, as it is written, hang all the law and the prophets. Thus a true sacrifice is every work which is done that we may be united to God in holy fellowship, and which has a reference to that supreme good and end in which alone we can be truly blessed. And therefore even the mercy we show to men, if it is not shown for God’s sake, is not a sacrifice. For, though made or offered by man, sacrifice is a divine thing, as those who called it sacrifice meant to indicate. Thus man himself, consecrated in the name of God, and vowed to God, is a sacrifice in so far as he dies to the world that he may live to God. For this is a part of that mercy which each man shows to himself; as it is written, Have mercy on your soul by pleasing God. Our body, too, as a sacrifice when we chasten it by temperance, if we do so as we ought, for God’s sake, that we may not yield our members instruments of unrighteousness unto sin, but instruments of righteousness unto God (Romans 6:13). Exhorting to this sacrifice, the apostle says, I beseech you, therefore, brethren, by the mercy of God, that you present your bodies a living sacrifice, holy, acceptable to God, which is your reasonable service.If, then, the body, which, being inferior, the soul uses as a servant or instrument, is a sacrifice when it is used rightly, and with reference to God, how much more does the soul itself become a sacrifice when it offers itself to God, in order that, being inflamed by the fire of His love, it may receive of His beauty and become pleasing to Him, losing the shape of earthly desire, and being remoulded in the image of permanent loveliness? (Saint Augustine, The City of God, Book X, Chapters 5 and 6)

A man fasts for the same reason a priest, monk, or religious vows celibacy: in order to be “united to God in holy fellowship”. Both fasting and clerical or monastic celibacy are sacrificial in character, in that both are ordered to the worship of God and, therefore necessarily, to the altar from which Christ, Priest and Victim, reigning from the Tree of the Cross, draws all men to Himself (cf. John 12:32).

If a man, by fasting, finds himself better able to relieve the necessities of the poor, this benefit accrues to the sacrificial significance of fasting as something “done that we may be united to God in holy fellowship” (Saint Augustine) and derives from it. Similarly, if a man, by vowing celibacy, finds that he is freer to serve the members of Christ, this affective and material freedom accrues to the sacrificial character of celibacy and derives from it. For a Christian, neither fasting nor celibacy are anthropocentrically driven; both, rather, are theocentrically driven and, radically ordered to the latria (divine worship) of the altar. The sublime prayers said with regard to the holy oblations in the Offertory of the Mass can be said just as truly with regard to the sacrificial offerings of fasting and celibacy:

Accept us, O Lord, in the spirit of humility and contrition of heart, and grant that the sacrifice which we offer this day in Thy sight may be pleasing to Thee, O Lord God.
Come, O almighty and eternal God, the Sanctifier, and bless this sacrifice, prepared for the glory of Thy holy Name.

On this point, Dorothy Day—a woman as intimately familiar with the Holy Sacrifice of the Mass as she was with sacrifice in all of life—would, I think, heartily agree.