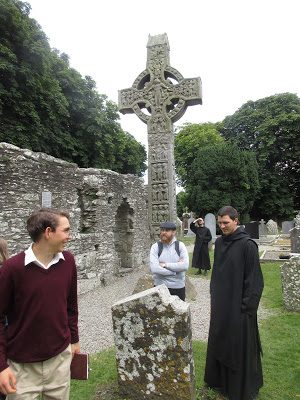 Silverstream Oblate Clarissa Kwasniewski writes on The New Liturgical Movement of her recent visit to Ireland:

We went to Ireland. . . . No, we did not go to Ireland . . . we went to Heaven. We kept going to Heaven, we were invited again and again. We ate the heavenly banquet, we adored the Lamb; surrounded by angels and saints, all unseen, we sang His praise. In the liturgy at Silverstream, we found Heaven. Not just once, but seven times a day.

Before this experience, I had enjoyed Gregorian chant, but being unable to sing well, had never gotten on the “inside,” so to speak. I had recited Lauds and Vespers in English for more than twelve years, growing to love the psalms and feeling regretful if for some reason I could not do it. But I still had never quite understood why St. Benedict put so very much emphasis on the Opus Dei.

The first few days at Silverstream I enjoyed the beautiful chant and followed the text with my rusty college Latin as best I could. But I was still “outside” of it. It was only water, good, life-giving and necessary, but lacking the heartwarming power of wine. 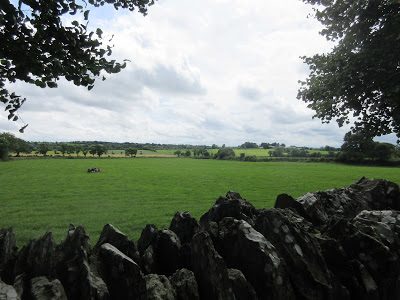 It was on our outing to the nearby ancient ruins of Monasterboice that this changed. Monasterboice felt as if we had really reached old Ireland at last, the isle of saints and scholars. Surrounded by gravestones, by high crosses and only a few feet from the sky-high round tower, in the ruins of a 10th-century church we — my family and part of my monastic family (three of the monks, two aspirants) — chanted the office of None. Kneeling on the damp grass to sing the praise of Christ in the Most Blessed Sacrament, the grace of St. Benedict’s love for the Office entered my heart. Monasterboice is a tourist attraction. I am sure we got a few stares that afternoon. Certainly, we were a spectacle to angels and to men, as Dom Benedict had preached that very morning for the feast of St. James: “For I think that God hath set forth us apostles, the last, as it were men appointed to death: we are made a spectacle to the world, and to angels, and to men. We are fools for Christ’s sake” (1 Cor 4:9-10). But I think also that the souls of the Irish faithful who had prayed on this consecrated ground before us were pleased to look down and hear the praise of God rising again. 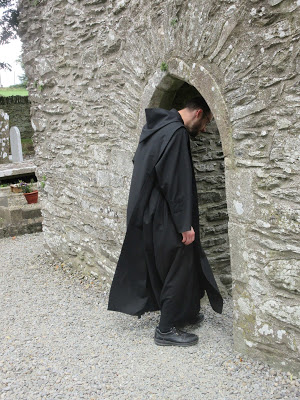 They shall come and shout for joy on Mount Sion
they will stream to the blessings of the Lord
to the corn, the new wine and the oil
to the flocks of sheep and the herds.
Their life will be like a watered garden
They will never be weary again.
Jeremiah 31:12 (Jerusalem Bible)

Since that time, assisting at the Divine Office has been different. At Silverstream, the soaring chants were not only beautiful, but became friends, hands outstretched, inviting one to the heavenly liturgy. Lingering in the mind, on the tongue, like honey. Even my stumbling recitation of the Latin and singing the easy responses became a joy. Following the monastic horarium that week, time changed and slowed, silence became a blessing and sound itself was sanctified. The office went from water to wine, and became the oil of gladness.

When I read now the Rule of St. Benedict, or excerpts from St. Basil or St. John Chrysostom on the discipline and delights of psalmody, I finally have a glimpse of what they are talking about, what they must have experienced and why they urgently exhorted the faithful to take it up themselves. This is a gift that lies waiting in the hands of Holy Mother Church. Laudetur sacrosanctum et augustissimum Sacramentum in aeternum! 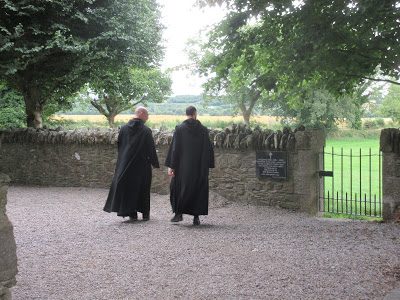