Skip to content
HomeChurch in IrelandHoliness: the Vocation of All the Family 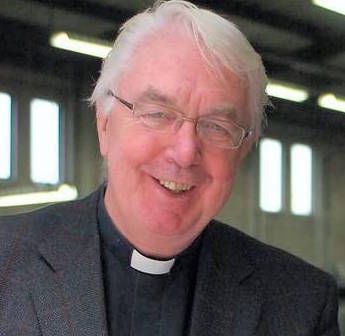 Father Twomey holds both a Ph.D. in Theology and is Professor Emeritus of Moral Theology at the Pontifical University of St. Patrick’s College, Maynooth, Ireland. A former doctoral student under Joseph Ratzinger, Twomey is the author of several books, including The End of Irish Catholicism? and Pope Benedict XVI: The Conscience of Our Age (A Theological Portrait).

The Instrumentum Laboris, or working paper, for next month’s synod has all the hallmarks of the product of a committee. It is also tiresomely moralistic in tone. Apart from an occasional nod in the direction of Africa and Asia, the text mostly reflects the cultural and social situation of the Church in the Western world, including America north and south. The document is, at best, theologically thin.

Before looking at the documents two main weaknesses, some of its strengths should be noted. It does give due attention to preparation for marriage and accompaniment for married couples, as well as some understanding of the difficulties faced by many couples (paragraphs 94-7). The attempt to redefine marriage in favour of same-sex unions is also unequivocally rejected (91, 130, 132, 138). Pro-life issues are unambiguously mentioned (140-1).

Also included is a short description of today’s bio-ethical challenge (34), that is, assisted artificial reproduction. The description is however morally neutral apart from noting the “profound effect” they are having “in relationships, in society and in the judicial system”. There seems to be a vague allusion in paragraph 134 to the development of alternatives to IVF based on natural family planning, but it is ambiguous. More important is the rejection of the underlying mentality that sees the child not as a value in itself but as a means to achieving one’s own desires (138).

One hopes the synod will develop these themes, given the wide use of IVF in the Western world, its impact on generations to come and the widespread ignorance, even among bishops and priests, of the Church’s authoritative moral evaluation of these practices.

The working paper’s theology of the sacraments is one of its two main weaknesses. It stresses the continuity between natural marriage, as given in creation, and the sacrament of marriage (39) which is true. But here the newness of the Christian sacrament is reduced to some vague fullness of natural marriage, suggesting it is merely a matter of degree. There is no mention of the radical transformation in our relationship to the Triune God caused by baptism, making us a new creation (2 Corinthians 5:17). The text reduces baptism to introducing the baptised into the Church community through the domestic Church (whatever that might mean).

The text also misunderstands the famous passage in Vatican IIs Pastoral Constitution on the Church in the Modern World Gaudium et Spes (22) which says that Christ fully reveals man to man himself. (This was the key to St John Paul IIs anthropology). In the working paper the fullness of the sacrament seems to have been reduced to Jesuit theologian Karl Rahner’s controversial notion of Christianity as making explicit what is otherwise implicit (40).

The paragraphs on the sacrament taken from the last Synod’s Final Report and now incorporated into the working paper (46, 47, 54, 64) are somewhat more theologically precise (apart from paragraph 64, which curiously refers to the sacrament as enriching a young couples “prospects of love”). But these sections seem to have had no influence on the Working Paper’s main recommendations. The latter take their cue from the German theologian Cardinal Walter Kasper’s contentious notion of the sacrament as a higher or fuller degree of what is already present in nature.

The working paper bizarrely applies a Patristic idea of “seeds of the Word” present in non-Christian wisdom traditions to cohabitation and civil unions among Catholics. Thus, when dealing with these, we are told, the Church ought to show an appreciation of the commitment already made and acknowledge adherence to those elements proper to the divine plan arising from the relation of the person created by God and God the Creator (57; cf. 102). Really?

When we are baptised, we no longer simply relate to God as creatures to the Creator, but as those who are reborn in Christ to the Father. The same implicit denial of the baptismal transformation (and how this defines the sacrament of marriage) applies to the various recommendations about remarried divorcees and their full admittance to the Eucharist. The sacrament is seen as a kind of private devotion solely dependent on the right subjective conditions.

The second major weakness in the working paper is the underlying attitude to morality, which is essentially that of the pre-Vatican II manualist tradition. It is casuistic and legalistic. The most blatant example is paragraph 137 on responsible parenthood. Writing recently in First Things, David Crawford and Stephan Kampowski submitted the paragraph to a devastating analysis and appealed to the synod fathers to reject it. Over sixty prominent theologians and philosophers from around the world endorsed their appeal.

Why? The paragraph resurrects the false notion of conscience as subjective judgment. This view is rooted in pre-conciliar moral theology but was used by modern moral theologians and episcopal conferences in 1968 to dissent from Humanae Vitae. The older synod fathers, including Pope Francis, were trained in this pre-conciliar morality. It stressed obedience to rules and tended to rigorism. This reaction is understandable, since it was inhuman. This rejection of the pre-conciliar stress on obligations and obedience to rules, as though they were extrinsic to us, may also explain the Pope’s present stress on mercy and compassion. That is understandable.

For the same reason many welcomed the initial reform of post-conciliar moral theology known as proportionalism. The proportionalists (whose basis mental template is also legalistic albeit laxist) also appeal to mercy and compassion for hard cases. The arguments in favour admitting—in exceptional, clearly defined cases—remarried divorcees to Communion are all being made within that same legalistic/casuistic framework. If the Synod allows such exceptions for specific cases, it will be making an implicit option for proportionalism—in contradiction to the magisterium of both Blessed Paul VI and St John Paul II. The implications are enormous. It would signify a denial of any actions that were intrinsically wrong—and so open the floodgates to all those changes in the Church’s teaching on morality (not only sexual morality) that the modern world is expecting.

It should not be assumed (as in paragraph 137 based on the pre-conciliar paradigm) that conscience should be in conflict with an objective moral norm. Rather, conscience (our moral sense) echoes those moral norms (the voice of God) needed to acquire virtue and integrity, and guide us to our full humanity. Church teaching confirms and clarifies these norms. The significant contribution of Joseph Ratzinger to recovering the classical notion of conscience seems to have been ignored. Likewise, the recent recovery of the classical understanding of morality in terms of virtue (see Part Three, Section One of the Catechism of the Catholic Church) clearly had no influence on those who drew up the working paper.

Christian conjugal morality is essentially about the virtues of chastity and justice, embedded in the theological virtues of faith, hope and love. Chastity is mentioned but once in the entire working paper (94). And holiness, the vocation of all the family, likewise gets but a passing mention (49). Thereby hangs a tale.

(This essay originally appeared in a slightly different form in The Catholic Herald.)

Fr. D. Vincent Twomey, S.V.D. holds both a Ph.D. in Theology and is Professor Emeritus of Moral Theology at the Pontifical University of St. Patrick’s College, Maynooth, Ireland. A former doctoral student under Joseph Ratzinger, Twomey is the author of several books, including The End of Irish Catholicism? and Pope Benedict XVI: The Conscience of Our Age (A Theological Portrait).