Skip to content
HomePope Benedict XVIA voice out of silence? 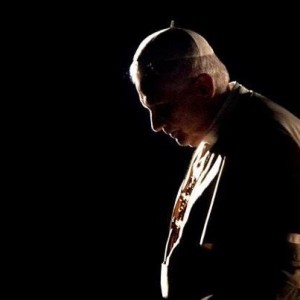 I no longer carry the power of the office for the government of the Church, but in the service of prayer I remain, so to speak, within Saint Peter’s bounds. Saint Benedict, whose name I bear as Pope, will be for me a great example in this. He showed us the way to a life which, active or passive, belongs wholly to the work of God. (General Audience on 27 February 2013)

I leave my cloister only in particular cases, [when] personally invited by the Pope. (Message to Summorum Pontificum Pilgrims, 10 October 2014)

One wonders if the voice that needs to be heard in the forthcoming Synod is not that of the Pope Emeritus, Benedict XVI. Who better than he, the Church’s wise and silent Elder, with his unique gift for a theological discourse that is luminous and precise, would be able to articulate the splendour of the truth reasonably, clearly, and serenely ? Should not — could not — Pope Benedict be called out of his cloister into the Synod to utter a word out of silence for the good of the Church? His would be the authority, not only of the finest theological mind in the Church today, but also of the man of prayer, of the monk who, “separated from all and united to all”, listens to God.