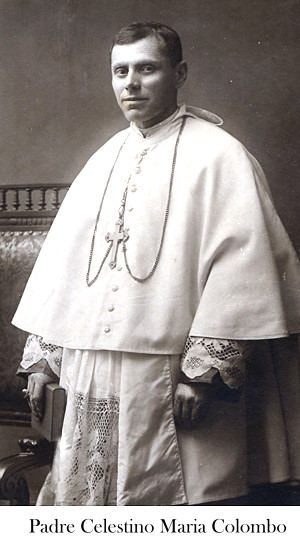 Vocation
September 24, 2015 marks the 80th anniversary of the death of Abbot Celestino Maria Colombo, O.S.B., a monk of the Benedictine Congregation of Saint Mary of Monte Oliveto. The commemoration of Abbot Celestino’s death prompts us to share with our friends the unique place that this holy Benedictine of the last century has held in the life of Silverstream Priory from the beginning.

Born in Milan on 28 February 1874, Filippo Colombo, after trying his vocation first in the diocesan seminary, and then in the Dominican Order, entered the Olivetan Benedictine monastery of Seregno on 13 November 1895, receiving the name in religion of Dom Celestino Maria. Dom Celestino was ordained a priest before the completion of his year of noviceship on 24 August 1896; made simple profession in September 1897 and solemn profession in 1902. 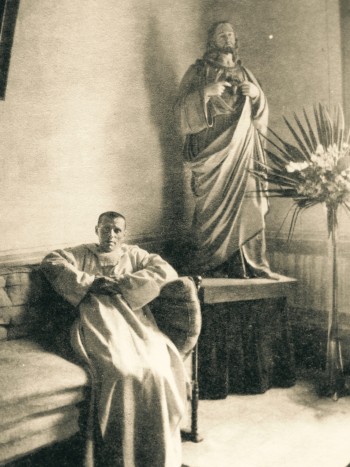 White Monks of Corpus Christi
Who were these White Monks of Corpus Christi? The founder of the Benedictine Congregation of Corpus Christi was Blessed Andrea di Paolo, a diocesan priest, and then a Benedictine monk of the Abbey of Gualdo Tadino in the province of Pergugia. In 1264 Saint Thomas Aquinas composed the magnificent Mass and Office for the feast of Corpus Christi, stirring up an intense devotion to the Most Holy Sacrament of the Altar. Caught up in the grace of this Eucharistic revival, Andrea di Paolo together with a small group of disciples, left the Abbey of Gualdo Tadino to initiate a more explicitly Eucharistic expression of Benedictine life. In 1328, the bishop of Nocera, Blessed Alexander Vinciolo (1327–1363) approved the new Congregation; this approval was confirmed by an Apostolic Brief of Pope Gregory XI on 5 July 1377.

The Congregation of Corpus Christ flourished for nearly three–hundred years, spreading throughout Umbria and the Marches. At its height, the Congregation had as many as twenty monasteries of monks and one of nuns, Santa Maria di Betlem, in Foligno. The Corpocristiani, also known as the Monks of the Most Blessed Sacrament, were distinguished by their white cuculla with a large hood and ample sleeves. A few 15th century depictions of the Corpcristiani remain in the abbey church of Santa Maria in Campis at Foligno. The coat of arms of the Congregation was a chalice surmounted by a Sacred Host, flanked by angels in adoration. 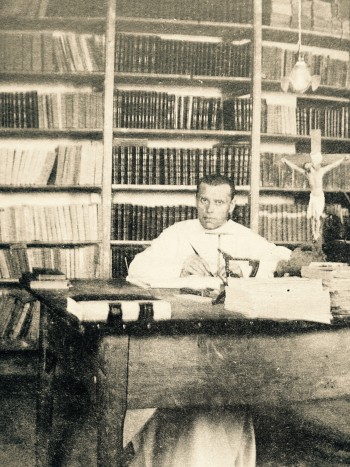 Encounter with Mother Lavizzari
Nearly three–hundred years passed. The grain of wheat sown by the Monks of Corpus Christi in the fertile soil of the Congregation of Monte Oliveto was not dead; on the contrary, it began to sprout in a most unexpected way. In 1899 a young Olivetan Benedictine monk, Dom Celestino Maria Colombo (1874-1935), providentially encountered the Venerable Maria Caterina Lavizzari, a Benedictine Nun of Perpetual Adoration in Seregno, Italy. A single compelling phrase in the course of their conversation pierced the heart of the young monk with a mysterious love for Jesus. Mother Lavizzari invited Dom Celestino to preach the spiritual exercises to her community: the experience electrified the young monk. The Holy Ghost drew him irresistibly into the spirit of Eucharistic adoration and reparation that animated the little community of Seregno, later moved to Ronco di Ghiffa. 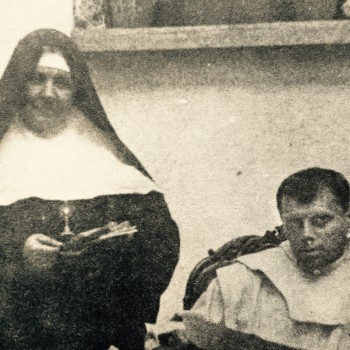 Convergence
When, in 1907, Dom Celestino Maria Colombo became prior of Santa Maria in Campis, he was already identified, by a special personal grace, with the the Eucharistic vocation of the monks of the Congregation of Corpus Christi who had served in that very place. Dom Celestino was, in effect, a living point of communion; in his person converged three particular Benedictine charisms: that of the White Monks of Corpus Christi, that of the Benedictines of Perpetual Adoration founded by Mother Catherine Mectilde de Bar in 1654, and that of the Congregation of Saint Mary of Monte Oliveto.

Abbot of Lendinara
On 15 December 1920, by motu proprio of Pope Benedict XV, Dom Celestino Maria Colombo was appointed abbot of the Sanctuary of La Madonna del Pilastrello at Lendinara (Rovigo). Consumed, more and more, with a burning love for the Sacred Host, Abbot Celestino spent himself as a devoted and tireless spiritual father to the Benedictine Nuns of Perpetual Adoration of the Most Holy Sacrament of the Monastery of Ghiffa. Later, he exercised the same role toward the monasteries aggregated to Ghiffa in central and southern Italy. The Annals of the Monastery of Ghiffa relate:

The nuns, in a unanimous joy, received the Eucharistic vow of the Reverend Father. Since that day uninterrupted requests and prayers have been raised to heaven so that the Institute will have, at last, its complement to the glory of the Eucharist and so that the last breath of our great father Benedict will generate sons of the Host to the Host, Benedictine Adorers, the priestly victims to sustain and save the Church in the difficult last times. And so may it be. 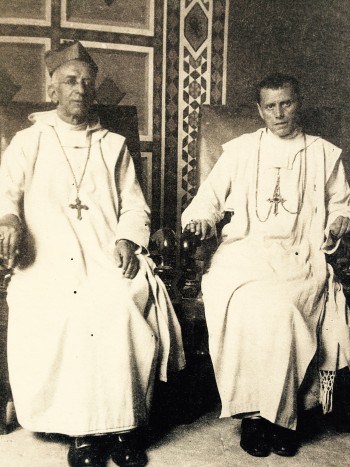 This lively aspiration was never erased from the heart of Dom Celestino, enamoured as he was of the Eucharistic ideal proposed by Mother Mectilde de Bar in the 17th century, and lived so well by the Benedictines of the monastery of Ghiffa. Abbot Celestino Maria Colombo absorbed and appropriated for himself the spirit of the Benedictine Institute of Perpetual Adoration, to the point of living it faithfully and fostering its growth in every possible way until his saintly death on 24 September 1935.