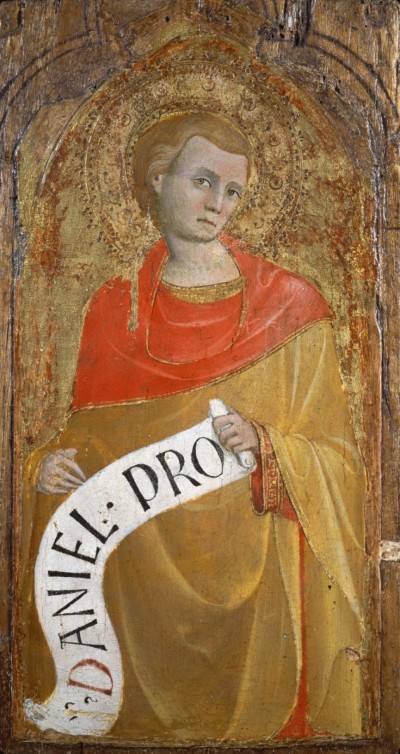 Now therefore, O our God, hear the supplication of thy servant, and his prayers: and shew thy face upon thy sanctuary which is desolate, for thy own sake. Incline, O my God, thy ear, and hear: open thy eyes, and see our desolation, and the city upon which thy name is called: for it is not for our justifications that we present our prayers before thy face, but for the multitude of thy tender mercies. O Lord, hear: O Lord, be appeased: hearken and do: delay not for thy own sake, O my God: because thy name is invocated upon thy city, and upon thy people. (Daniel 9:17–19)

The lesson of today’s Mass of Monday of the Second Week of Lent is the magnificent prayer of Saint Daniel the Prophet. This text is of particular significance to the community of Silverstream Priory because it contains the verse that is inscribed around the monastery’s heraldic escutcheon: Illumina faciem tuam super sanctuarium tuum (Daniel 9:17). (This is, of course, an allusion to our particular vocation to adoration of the Eucharistic Face of Jesus.) The same text is sung as the Offertory Antiphon on the Seventeenth Sunday after Pentecost:

In the Radiance of the Face of Christ

Silverstream Priory came to birth in the context of the final years of the pontificate of Saint John Paul II and the blessed pontificate of Pope Benedict XVI. Those who were attentive to the graces shed abroad in the Church during those years will recall that they were illumined, in a particular way, by the radiance of the Face of Christ. At the end of the Great Jubilee Year of 2000, in the Apostolic Letter Novo Milennio Ineunte (6 January 2001) Saint John Paul II wrote:

Is it not the Church’s task to reflect the light of Christ in every historical period, to make his face shine also before the generations of the new millennium? Our witness, however, would be hopelessly inadequate if we ourselves had not first contemplated his face. The Great Jubilee has certainly helped us to do this more deeply. At the end of the Jubilee, as we go back to our ordinary routine, storing in our hearts the treasures of this very special time, our gaze is more than ever firmly set on the face of the Lord.

Saint John Paul II was, in effect, calling forth men who would, more than ever, fix their gaze firmly on the Face of the Lord. In the Apostolic Letter, Rosarium Virginis Mariae (16 October 2002), he said: 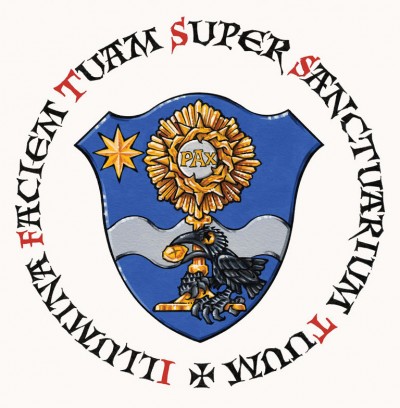 The only way to approach the contemplation of Christ’s face is by listening in the Spirit to the Father’s voice, since “no one knows the Son except the Father” (Mt 11:27). In the region of Caesarea Philippi, Jesus responded to Peter’s confession of faith by indicating the source of that clear intuition of his identity: “Flesh and blood has not revealed this to you, but my Father who is in heaven” (Mt 16:17). What is needed, then, is a revelation from above. In order to receive that revelation, attentive listening is indispensable: “Only the experience of silence and prayer offers the proper setting for the growth and development of a true, faithful and consistent knowledge of that mystery”. The Rosary is one of the traditional paths of Christian prayer directed to the contemplation of Christ’s face.

The Church is called to reflect his Face, the Face of Christ Teacher, Prophet, Priest and King, in order that we can say of her in relation to Christ what Christ said of himself in relation to the Father:  “He who has seen me, has seen the Father” (Jn 14,9). The basic mission of the Church is to be the transparency of Christ and of his Face. Human beings have the inalienable right to be able to see the Face of the Lord in the face of the Church, in order that in her and through her they can see and contemplate him.

Reflecting as in a Mirror

The Prefect of the Congregation for the Causes of Saints went on to say that the Face of Christ shines most intensely in the saints. Who are the saints, if not men and women who, having sought the Face of Christ, and forsaken all else in order to fix their gaze upon it, reflect, as in a mirror, the splendour of the divine Countenance? I cannot but relate the Cardinal’s teaching to that sublime page of the Third Letter of Saint Clare of Assisi to Saint Agnes of Prague:

Place your mind in the mirror of eternity; place your soul in the splendor of glory; place your heart in the figure of the divine substance; and, through contemplation, transform your entire being into the image of the Divine One himself, so that you, yourself, may also experience what his friends experience when they taste the hidden sweetness that God alone has kept from the beginning for those who love him.

The Eucharistic Face of Christ

In the Encyclical Ecclesia de Eucharistia (17 April 2003), Saint John Paul II indicated clearly that those who seek the Face of Christ would find it, at once concealed and wondrously revealed, in the Most Holy Sacrament of the Altar. He coined a compelling new phrase or, rather, used an expression that had never been used theretofore in a papal Encyclical: the Eucharistic Face of Christ.

I cannot, he said, let this Holy Thursday 2003 pass without halting before the “Eucharistic Face” of Christ and pointing out with new force to the Church the centrality of the Eucharist. From it the Church draws her life. From this “living bread” she draws her nourishment. How could I not feel the need to urge everyone to experience it ever anew?

When I first read this passage twelve years ago, I experienced it as more than a line of text. It pierced me like a blazing arrow shot directly into my heart. It must be said that Saint John Paul II, being the 20th century’s chief proponent of Thomistic Personalism, understood face as πρόσωπον, that is the whole human person, created in the image and likeness of God, and turned towards another in openness to a relationship of communion. The Most Holy Sacrament of the Altar is the Divine Person of Jesus Christ, in eternal contemplation of the Father — “In the beginning was the Word, and the Word was with God, and the Word was God” (John 1:1) — and seeking to give Himself in communion to men — “With desire I have desired to eat this pasch with you, before I suffer” (Luke 22:15). It is with this fulness of meaning that one must appropriate Saint John Paul II’s use of the expression, Eucharistic Face of Christ.

The Sacramental Face of the Lamb

The Most Holy Sacrament of the Altar is, in this sense, the Face of Christ rapt in contemplation of the Father and, at the same time, burning with desire to give Himself in communion to men. The Sacred Host is the sacramental face of “the Lamb slain before the beginning of the world” (Apocalypse 13:8), the face that will be revealed when, at the close of the age, the sacramental veils will fall. Would this not be what Saint Thomas Aquinas was suggesting in the Adoro Te Devote?

Jesu, here Thy Face is hid, from my sight concealed,
How I thirst to meet Thy gaze gloriously revealed!
After life’s obscurity, let me wake to see
Beauty shining from Thy Face for eternity.

Men Who Hold Their Gaze Fixed upon God

The blessed pontificate of Pope Benedict XVI was, no less than that of Saint John Paul II, illumined by the gladsome radiance of the Face of Christ. While still Joseph Cardinal Ratzinger, the “simple and humble labourer in the vineyard of the Lord” gave a memorable lecture at Subiaco, the cradle of Benedictine life, on 1 April 2005, the day before the death of Saint John Paul II. In this address, the future Pope Benedict XVI articulated the particular vocation of Silverstream Priory.

At Silverstream Priory, we are committed to being “men who hold their gaze fixed upon God”. “God, who commanded the light to shine out of darkness, hath shined in our hearts, to give the light of the knowledge of the glory of God, in the face of Christ Jesus” (2 Corinthians 4:6). The Face of Christ Jesus? We have found it in the Most Holy Sacrament where, though veiled, it illumines with a divine irradiation the eyes of all who hold their gaze fixed upon it. “My heart hath said to thee: My face hath sought thee: thy face, O Lord, will I still seek. Turn not away thy face from me” (Psalm 26:8–9).

I, Daniel, prayed to the Lord my God, saying: Hear, O Lord, the prayers of Thy servant. Let thy face shine upon thy sanctuary, and be merciful to this people, who call upon thy name, O God. (Daniel 9:4, 17–19)