Skip to content
HomeBlessed Virgin MaryBeing in the presence of Mary 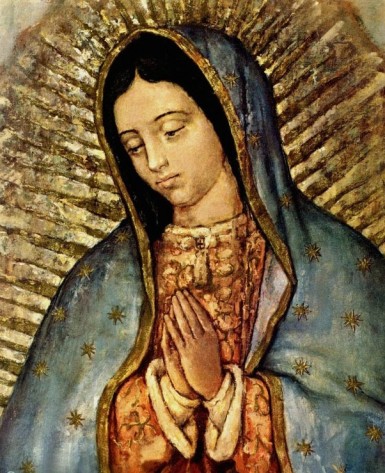 A New Arrival of the Mother of God

Today’s feast of the Visitation of the Blessed Virgin Mary is not merely the commemoration of an event described by Saint Luke — And Mary rising up in those days, went into the hill country with haste into a city of Juda. And she entered into the house of Zachary, and saluted Elizabeth — it is an actual visitation of the Mother of God, here and now, to all who, hearing her salutation, open their homes to her presence. Today’s feast is a new arrival of the Mother of God, the Cause of our Joy, the living Tabernacle of the Most High.  At Matins, Saint Ambrose said:

If at her first entrance so great an advantage was seen that at Mary’s salutation the babe leaped in the womb, and the mother was filled with the Holy Ghost: what great benefit should we think was bestowed upon him by his being in the presence of Mary for so long at time? Therefore was the prophet anointed, and trained like a good athlete, in his mother’s womb; for his strength was being prepared for a very great contest.

One of the characteristics of our vocation at Silverstream Priory is that we live every moment of every day and night, as Saint Ambrose says, “in the presence of Mary”. We venerate the Blessed Virgin Mary as our Abbess; she lives with us. Our Blessed Lady governs us, looks after us, and instructs us. She consoles us, corrects us, encourages us, and heals our infirmities. John the Baptist, hidden in his mother’s womb, lived and grew in the presence of Mary for three months. We have Mary not only for three months, but always. Our Constitutions have a beautiful section on the place of the Blessed Virgin Mary in the monastery:

The Abbatial Ministry of the Blessed Virgin Mary

16. The annals of monastic history demonstrate that the fruitfulness of any given community is directly proportionate to the holiness of the Abbot who, while tending the flock entrusted to him, continuously engenders new life.  It was, then, by a singular illumination from above that Catherine–Mectilde de Bar, in the seventeenth century, revived an ancient monastic tradition found in both East and West, by which the All–Holy and Immaculate Virgin Mary, Mother of God, is chosen and honoured as Abbess of the monastery.

We, then, honour the Mother of Jesus, who sustained the unanimous prayer of the Apostles in the Cenacle of Jerusalem, as the Regina Monachorum and heavenly Abbess under whose protection we desire to persevere in adoration of the Lamb who was slain.

17.  Following the example of Saint John the Apostle who, obedient to the word of Jesus crucified, took Mary into his home and into the intimacy of his priestly heart, we consecrate ourselves to the Blessed Virgin Mary, relying upon her to render our monastery prosperous in the vineyard of the Church, and maintain its vigour.  In a particular way, we entrust to her maternal Heart the perpetual adoration of the Most Blessed Sacrament, asking her to make it stable and permanent.

18. The Virgin Mary, being the first adorer of the sacred and august Mystery of the Most Holy Eucharist, and the immaculate victim most perfectly united to the sacrifice of her Son, possesses in fullness, and dispenses with munificence, the graces needed for the spirit of perpetual adoration and reparation to flourish.

19. Every year, therefore, on the Solemnity of the Assumption, August 15th, or on the Sunday within the Octave thereof, the monks, assembled around their Prior, renew the devotional act of election by which they choose the Mother of God as sovereign Lady, Abbess, and Advocate of the monastery.

20.  A worthy image of the Blessed Virgin Mary, depicted as the heavenly Abbess, holds a place of honour in the oratory, chapter room, refectory and corridor of cells in the monastery, so that she may be everywhere invoked and honoured.